To be fair, this is also a pretty common sports cliché. No need to attribute it to that one ghoul.

The main thing that Clone Wars did for me that no other audiovisual Star Wars media did before (and tbh it’s only a few video games, mainly the KOTOR games and the MMO that have even tried) is to actually establish Star Wars as a big, lived in fictional universe and make it work. The only really interesting part of Star Wars (like in many sci-fi/space opera whatever fiction) in my view is the universe, so it’s no wonder that a TV show is more suited for this.
Never got into Rebels though, as the focus on chasing after the OG trilogy-esque Empire vs (proto-)Rebellion setting made this basically impossible (I’ve not seen everything, so I don’t know if this changes later on).
Also a large part of why the recent Jedi Fallen Order was incredibly boring from a story perspective for me. No people (except the enemy Stormtroopers of course), only animals, empty swamps and desolate ancient ruins.
All the stories that I’ve played or watched that are set during the Galactic Empire-era have not felt like people actually live in that universe. Of course, you could turn this around and say that’s part of the point or some kind of fortunate effect, but it doesn’t change that it makes me utterly uninterested in the story. I have not yet seen The Mandalorian, so I don’t know how it handles this.

I was watching the episodes to catch up with the podcast the other night and I realized… Anakin looks like Tom Brady: 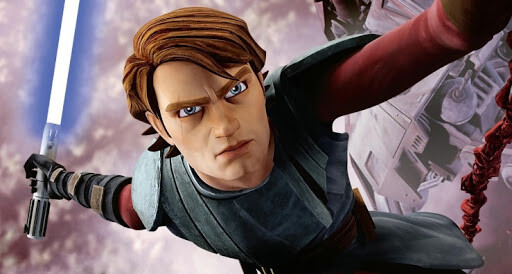 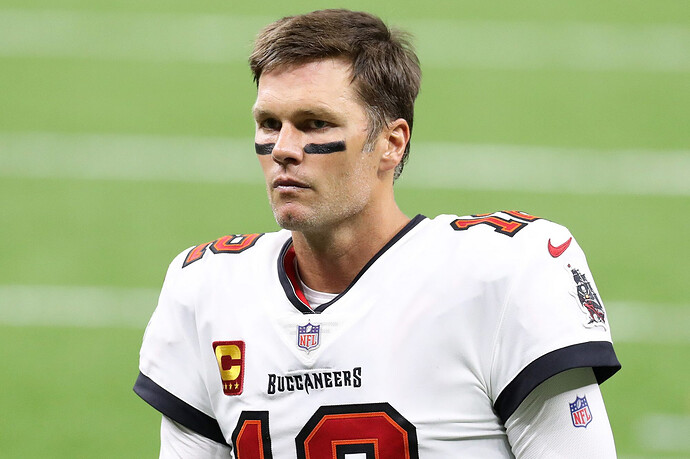 They both have the same pretty boy sulk thing going on. Let me tell you, I really hate this. 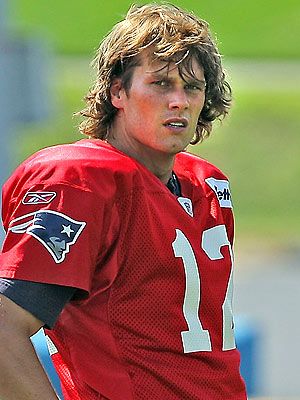 Brady is a Sith Lord, confirmed.

As part of the anti-Brady Rebellion, I’m both relieved and dismayed.

Why have you cursed us with this knowledge?

Unrelated but does anyone have a good skip list. While I appreciate their commentary I find the bad episodes almost unbearably boring.

As a huge fan of rebels that wants everyone to watch it, I made a Clone Wars episode watch list for friends and family to prep them for Rebels/The Mandalorian. The highs of CW are awesome, but there is a ton of filler content and some arcs that are just kind of boring. I also have optional watching additions for things that may interest some more than others. This is very much a personal list and I’m sure others agree and disagree, but in my opinion this is the fastest, most enjoyable way to watch the stuff you’re going to want to know before watching Rebels and Mando, which are my two favorite pieces of Star Wars media.

Actually looks like I can’t do that yet, since I’m new. But I’ll come back and edit this post when I get that ability. 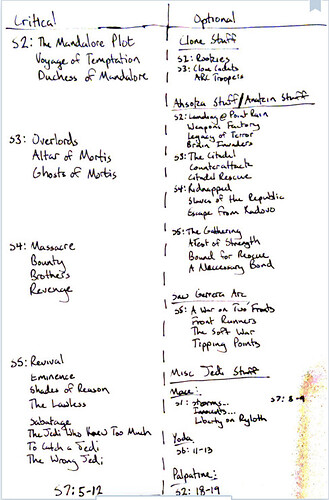 This is a good list. Mortis is the first thing I look for on any skip list, for whatever reason a lot of places don’t consider it important.

So I guess my follow-up question is: which episodes of Rebels do I need to watch? I tried watching the first couple, but the apparent protagonist is so annoyingly of his type that I couldn’t really enjoy them [and, skipping ahead a bit, it seems we now have dark side users with even more ridiculous spinny double-ended lightsabers which seems to be designed just to make me not want to take anything about the series seriously].

[I should say, I did try watching random episodes of The Clone Wars, and the last few episodes of the final season were actually okay.]

Season 2 Episode 22 maybe one of my favourite Star Wars things.

I say all of it. It’s the most consistently good series that the universe has to offer. The first maybe 2 episodes are a bit slow at points, but everything after that is very, very good. I’ll definitely give you the spinning lightsabers as dumb, but that’s far and away the worst of it. The characters are all terrific with satisfying story arcs and very little filler. If you don’t like it five or six episodes in, you don’t like.

Rebels kind of goes through a similar path to Clone Wars in that it starts off very aware that it is a Kids Show but branches out as it goes on. It doesn’t go quite as hard as Clone Wars does (although the last season is an absolute banger), but if you get to the end of Clone Wars and you have a hankering for more, Rebels should be your next stop.

Yeah, I tried skipping to the start of Season 3, and whilst obviously more sithy because he’s cut his hair version of protagonist is a little broadly done, the general plotting, characterisation, etc seems much improved to Season 1, which was pretty Kids Show even if I skipped to later episodes in it. I might try just cutting out Season 1 and going from Season 2 so I actually get context for the obviously Dramatic Changes that the start of Season 3 dumps on you.

I have a very meta question that I hope doesn’t come across as too critical: Does this show hold up to the very close reading that they’re giving it on the podcast? Particularly in terms of the worldbuilding.

What brought this up is the discussion of Rookies where they’re talking about the mechanics of the listening post and why Commander Cody, a very fairly senior military leader, is doing making individual inspections. My first thought was that it’s a kids show and none of the writers really care about that. They just needed a setup. Similarly narrative necessity seems like the main reason why the Republic is always losing. The series, by it’s very nature, can’t significantly change the course of the clone wars and it’s more exciting to have the main characters be the underdog.

I love over-analyzing media as much as anyone here. But Star Wars has never been particularly internally consist and and has always played very fast and loose with things like titles, scale, time and the nature of the world’s technology. I know art can contain far more than the author intends but is there a limit to that?

There’s some good stuff to be mined from the larger political machinations at work throughout the Clone Wars (I can’t wait until they talk about the Banking Clan), but they’re absolutely bringing an intellectual AC-130 to a knife fight here.

I wonder if the Republic is actually the underdog or if they have a victim complex like many aggressive warmongers in history and in fact hold all the cards? Maybe the threats and defeats just loom large in their minds. Who is actually a bigger threat to whom, the Separatists or the Republic?

I mean, neither? Both of them are being controlled by the same person, who wins don’t really matter because either result plays straight into one man’s hands. Whichever side wins just gets folded straight into the new world order and eats itself.

Speaking of, has anyone ever done a “what if” series where the separatists win and the emperor rulers over the galaxy with a droid army?

That’s part of what makes the Banking Clan stuff interesting. As the galaxy’s central governmental institution, the Galactic Senate doesn’t have any other government from whom they can borrow money (and presumably the spending is such that the economy is well clear of the Zero Lower Bound on interest rates, meaning that printing money is inflationary), so the raw expense of the war pushes them into bad situations.

I will say though, the leaps will probably feel less and less severe further into the series, as we get more arcs within the Senate, more arcs focused on the Clones, and we start having the characters brush up even more against the Republic and the Jedi.

I think the closest thing were those designs for the scrapped Battlefront 4 where they were going to switch everyone up to “what if everyone ended up fighting for the opposite side” after all of that went down. So we end up with Imperial General and Sith practitioner Kenobi, Jedi Maul, and of course… 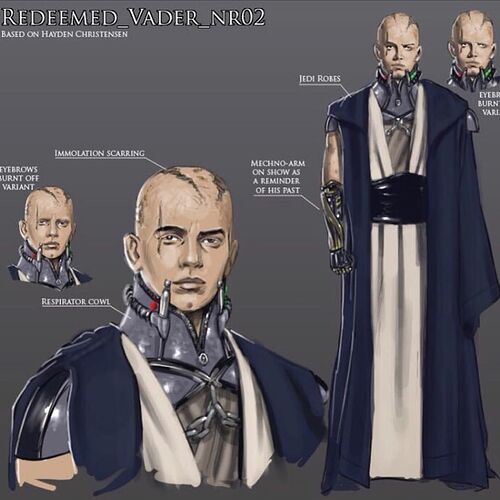