On the one hand, I dont want Maarva to be dead. On the other hand, I want to see an Imperial get their head caved in by the Maarva brick.

I don’t disagree. My problem is just it’s getting one hell of a deliberate mention and inspection for something that ends up being innocuous. If you want to make a walking stick that harkens to a lightsaber, it’s first appearance is fine. To throw in a scene like put it down or give it back and have it NOT mean anything more is a deliberate choice to lead on the audience. A walking stick that recalls a lightsaber is fun prop design. An extended silent look at what is CLEARLY a lightsaber that just ends up being a walking stick is just bad sleight of hand.

Counterpoint: we’ve already been shown that it is a collapsible walking stick - if the “being searched scene” had been first, and we’d been teased with ambiguous thing that looks like a lightsaber maybe then your argument would be more justified. But here, we’re getting it after we’ve already been shown that it is - at least superficially - “just” a walking stick. The scene mostly does its work in showing Luthen’s attitude to being searched.

(That’s not to say that I don’t think it could be more than a walking stick, but I’d be kinda annoyed if it turned out to be a lightsaber as well - not least because it doesn’t seem like there should be space in it for both the collapsable walking stick bits and all the lightsaber gubbins.)

I get it, I just feel that in a show where generally everything has been quite intentional and in an episode that barely has any room to breath with all the pieces it has to move into place, the extended walking stick scene sticks out as unnecessary. We already know his feelings on the matter before this by his questioning it in the first place. I feel like in a series that has generally done very well with economic story telling, it’s an odd digression.

I still don’t know where I come down about Luthen’s background, but an interesting thing if he does turn out to be an actor. It would be a fun, if slightly goofy, parallel between Luthen and Haja in Obi-Wan Kenobi who was also pretending to be a Jedi, though for personal profit, at least initially.

Anyway, very excited to see how things end this week.

Holy shit. I’m still processing that finale. What a show, front to back. Can’t wait for the pod, can’t wait for season 2!

Edit: there’s a bit after the credits!

Knew this episode was gonna be perfect from the moment they were acid washing CPU coolers.

Tony Gilroy can have a little post-credits scene, as a treat. 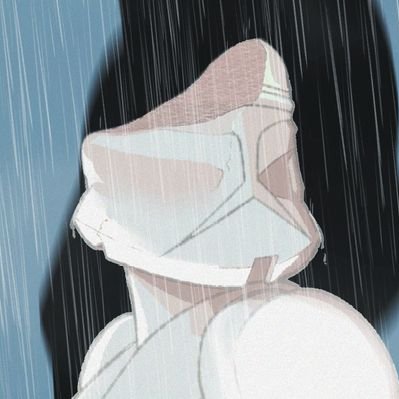 @More_Civilized
Due to a stroke of good fortune, a big favor from a mysterious benefactor, & a little bit of hard work... we have TWO surprise episode drops for y'all on this, "the busiest travel week of the year." First up: Our 3 and a half hour ep on the Andor finale. amorecivilizedage.net/website/52-rix…

Kinda really wish my parents hadn’t gotten sick and I’d have somewhere to travel to and listen to this podcast before Thanksgiving.

Incredible finale, incredible season. My life is considerably worse now that there isn’t a new episode next week.

Syril saving Dedra is just… awful, I hate it for everybody. I hate it for me. I hate it for them. I hate it for our podcasters who are having their worst instincts validated. I hate it for Dedra who is gonna have to go to Thanksgiving next season with her awful boyfriend’s awful mom and have to suffer quietly during those vibes. Poor Mosk sitting forgotten in the streets while his boy shoots his shot. It’s awful. This show rules.

I was also distressed when it was confirmed that Kerro real?!?!! Though I can see that being a little more complicated next season.

What a great finale! I was standing for the last 20 minutes like a dad watching the big game. It was great! I’m bummed that it looks like we won’t be getting more for more than a year.

I have to get this out my system before I talk about the rest.

Xan you did not tell Andor about the funeral. You just didn’t. It never happened. I rewatched the scene just to make sure I wasn’t mistaken and it never happens. Not to be all cinema sins or whatever, but there are ways to communicate that a conversation is still happening and we the audience aren’t hearing it, but the show doesn’t do that or does it very poorly. You can still hear the wind, the waves, everything, the radio is silent. I know it’s a minor and largely irrelevant thing to get hung up on, but the show has done so well before now that it’s frustrating that it all hinges on something that never occurred. One extra line is all they needed and it just isn’t there.

Now, on to the rest.

In a week where Chainsaw Man fans get to watch an infamous “kissing” scene, it’s remarkable that Andor somehow manages to be more disgusting by far with Dedra and Karn. I don’t even know where this is going. It feels like the biggest misstep in order to keep characters around because it’s the only time that fascists flexing didn’t immediately explode in their faces. Syril saves the day, wins the admiration of the she wolf, and… that’s it? Really? Syril isn’t even a likable villain he just sucks. Watching him display any sort of forethought or competence is just unpleasant. I trust the writers to be going somewhere with this, but man I was begging for him to fumble the gun, kill Dedra, then get arrested and tortured under suspicion of being a rebel. It feels far more in line with the shows ethos to have both of them fail utterly and to have the machinery of tyranny grind them into a paste than it does for either of them to have a single moment of triumph. Even all of Dedra’s more capable moments are all laced with the dramatic irony of knowing that all she’s really doing is laying the foundation for the destruction of the empire brick by brick.

Beyond that, forget a Luthen prequel, I want a Brasso sequel series. That dude doming a motherfucker with Maarva’s funeral brick? Worth the entire season alone. Make that a rebel alliance recruitment poster. Tattoo it on my back. I want the Brasso series where it’s just Fist of the North Star but Star Wars. He wanders a fascist hellscape and explodes the head of any stormtrooper that dares step to him. B2 can be his little droid sidekick. “Y y y you are already d d d dead.”

I loved the small scale sense of community pushing back, of fascism creating its own demise and attracting nothing but fuckups and clowns. I fully admit this could be my own bad memory fading the character out, but I loved how the son of the scrapyard owner who has largely been forgotten and moved on from is the one who builds the grenade that starts everything off. Here’s someone who apparently all of the empire has utterly forgotten because they all have their eyes on catching a bigger fish purely for self promotion. They have ruined this young man’s life, and they don’t even bother to keep an eye on him because they’re all so busy staring at anyone who was close to Andor to care. I loved how much they congratulated themselves on the little barriers and concessions they gave in allowing the funeral and how confident they are in their own power only to be completely unprepared to handle the town just ignoring them.

Also on a minor artistic note, I do really enjoy how the final after credits scene is essentially an inverse of the Andor intro. Instead of an open crescent coming into view with the rising sun with a spear contained within, it’s a downwards crescent blocking the light of the planet beneath with a line penetrating outward. Very minor, but I liked it a lot even if I chuckled slightly at it. I get that the irony is supposed to be Cassian hand built the weapon that kills him, but I couldn’t resist the irony of droids assembling the Death Star with parts built by human hands which are allegedly cheaper and easier to replace.

Really? REALLY? We’re just going to leave the Luthen is a Jedi thing dangling out there? I’m full on conspiracy mode here now, I’m starting to think that action figure is a red herring too, it’s not like he stabbed someone with it.

Molly (who is a dog) kept getting concerned about me when I was feeling too many vibes this finale and thought I was talking about her when I saw little B2EMO and kept going “oh no, poor doggie”.

An incredibly cursed idea based on the Civilians saying Vel needs a new girlfriend: Vel, back on Coruscant, plays into the rich party girl stuff with a new relationship. Dedra, seeking a romantic partner to ward off Karn, goes to a club. Vel gets to spy on an ISB supervisor, Dedra gets the inside gossip from an anti-Imperial senator’s cousin, it’s the worst power couple drowning their sorrows together.

It’s awesome that somebody with Lucasfilm powers finally recognized how excellent AMCA is. Now I gotta punch out of this thread before I read something I shouldn’t (Belgium vs. Canada is about to start)

Because he isn’t… or at least as I suspected, they’re not silly enough to undercut his arc - and the show’s arc - by doing that in season 1 even if they want to at some point

As with others a lot of spoiler tags here.

Whilst, unlike others, I liked what they did with Luthen here - his arc is also being inspired again by Maarva (and this is why you get Fiona Shaw in your show) and the spontaneous rebellion, not anything about “being a Jedi”, but I agree that I’m not sold in the weird Syril/Dedra “thing” - it also doesn’t seem to play well to Dedra’s personality that this would lead to anything; I feel like she might decide that Syril is potentially useful, but she’s too much of a driven and ruthless political animal to actually fall for him.

This definitely does feel like the end of part 1 overall, though.

The only thing I’m upset about is that we don’t get S2 for two more years.

I wonder if Gilroy et. al. knew that they were getting precisely two seasons going in. I find shows that know they’re getting a precise amount of time tend to tell better stories because they know how to allocate things better. Because this was an essentially-flawless season finale. Syril and Dedra suck! But they suck in complementary ways and deserve to suck together. Luthen’s little look of joy when Andor came home. Brasso absolutely leveling that ISB guy with Maarva’s brick lol (folks are welcome to use my hypothetical headstone in the same fashion). I would like a space euphonium please