So, 1., I think this would be a great question to send to the AMCA Q&A.

And 2. I don’t think they dig deep on this in the pod, but it does come up, and I think they do gesture at the question of whether the Banking Clan/credit currency is on some equivalent of the gold standard. My theory would be that the Banking Clan operates as something equivalent to like the Knights Templar - they can establish banks because they are wealthy independent of state actors and their accounts and loans have value because of the understanding they have the physical cash (then, gold, in this case… credit chits?) to back it up. Where did they get the credits in the first place? Dunno. But the episode kinda suggests the bankers here have physical vaults, akin to Andor’s payroll vaults, and most transactions we see in Star Wars do seem to involve physical transfers of hard currency involving credit chits rather than like “we’re wiring that to your account”.

Of course this runs into problems when you consider what a credit chit is “credit” against, or moments like in Episode I or dealing with Hondo in Clone Wars where they’re going “your money is no good here”. Why not, if it’s backed by the Banking Clan??

Ultimately I think the answer might be “it’s this way because Star Wars said it is” and there isn’t a fully realised answer. One of the more space fantasy than science fiction moments (though as I write that, I remember Austin Walker hates that distinction). But George Lucas established there’s a “banking clan” so… there’s a banking clan, and they deal with all the money.

According to EU lore, some of which is still canon, they did have a military force that even included the IG-Droids. Which just makes me even more confused why they weren’t seen during these episodes. Also, this might be the coolest yet dumbest thing I have ever seen: (spoilers for the 2003 Clone Wars)

Took me a while to brace myself to watch more Clone Wars, but even at his most jokerfied, I’m rather charmed to return to Anakin Skywalker. The conflict is quite silly, though, I feel like they want the Banking Clan thing to be a parallel to, like, the World Bank? But in execution it reads more like if the Allies and Axis Powers had to agree on who should be the next President of Switzerland.

Unrelated, my husband’s birthday is coming up and my mother-in-law bought him the Andor LEGO sets, lmao. Excited to have a Syril Karn minifig, I think I’ll have him hang out on my Qubeley.

I, er, may have gone out and bought that exact set on Friday with the goal of taking pics for the forum lol.

But yeah, Anakin is on one in this arc in a way that is just…(if you’ll excuse some deep Star Wars lore in service of a pun) icky.

For sure, icky, though I think part of it is the odd hedging the writers still do about totally villainizing Anakin. It’s wild these episodes take place, presumably, perhaps less than a year out from him becoming Darth Vader and the writers are giving him… not quite ‘benefit of the doubt’ but like his flaw is in overreacting instead of just being in the wrong outright.

Should have just let him kill Clovis, I guess, cement that his arc is coming to its inevitable close.

(I am a sucker for LEGO Star Wars stuff so I’m eager to see the sets!)

I’m watching the show solo, but my wife has impeccable timing and always seems to walk in right when Anakin is being at his most toxic. This arc was a semaphore display of red flags. 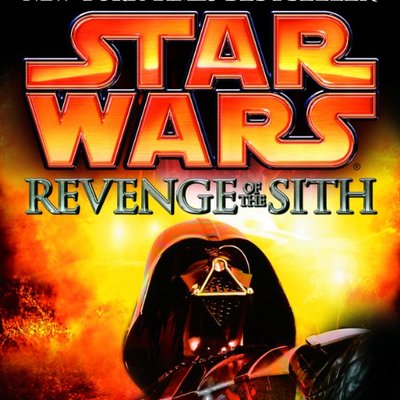 Revenge of the Sith Novel Quotes

@rotsnovelbot
Anakin didn’t look at him; he stared at the door, through the door, searching its shimmering depths for a hint of an unguessable future. He could not imagine not being at war.

The novel is great. What a novelisation of a movie should be. It sells a lot of things well (Obi Wan being the embodiment of a Jedi, Dooku’s racist motivations to back Palps) but the way they show that Anakin is just too exhausted and traumatised to meaningfully resist Palpatine’s offer is great.

Honestly that’s the episode I really want: AMCA going super deep on the novelization. Stover does a great job filling out and contextualizing a lot of things that the movies can’t or doesn’t want to.

Finally catching up on Clone Wars, two episodes of AMCA behind. First episode of the sixth season, I was like “wow, this show is great??”

Then again, episode two. Wacky droid antics on Kamino, hmmm, can’t sustain it, can they? But… they’re largely ignoring their worst instincts so far.

The first arc of S6 is full-power TCW. Absolutely killing it.

The second arc of S6 is…perhaps not that.

IIRC, S6 really kinda does feel like “so we’re filling in some bits we never got to” instead of really being its own thing and it never really gets back to that late S5 magic until S7 (which is sick as hell).

I think you can really feel the cancellation of the show in Season 6. It’s leftovers rather than a coherent season. Which… okay, you could say a lot of Clone Wars seasons are incoherent, but there’s nevertheless a kind of upward trajectory with a few misfires on the way to that S5 finale. S6 starts real strong (the Fives arc is essential viewing!) but the rest not so much.

Can’t wait for next week’s pod and the reaction to the return of Senator Binks.

You mean to say the good folks at Wookieepedia who spend their time meticulously documenting the goings-on of a fascist regime (really multiple fascist regimes) wouldn’t respect the preferred name of a sentient being in favor of their official dehumanizing serial number? Say it ain’t so!

Ahmed Best had a really rough go of it for a while but I’m super happy for him. He came back to own Jar Jar Binks and Lucasfilm made him Jedi Master Kelleran Beq.

looks up the next arc

EDIT: I watched the forthcoming set again and like…I wouldn’t say I’ve come around on Jar Jar Binks, but given where that character started and everything that happened between Phantom Menace and when that episode aired, it was kinda nice to see an arc where Jar Jar was genuinely heroic and kind of cool. Particularly juxtaposed with the ice cold Mace Windu.

Extremely hootin’ and hollarin’ at the love triangle rancid vibes in this Clovis Arc. Anakin is in rare form, and even Obi-Wan is getting close to being like “we keep this on the downlow for you - as long as it isn’t a problem, bro, we might have to have the conversation we’ve been avoiding.”

Also, Padme had to know that shoulderless dress would cause trouble.

EDIT: why is the planet called Scipio and not Crassus?