Robert Yang wrote a blog-post that expresses a sentiment I find both rare and important to consider when thinking of game-developers as artists. 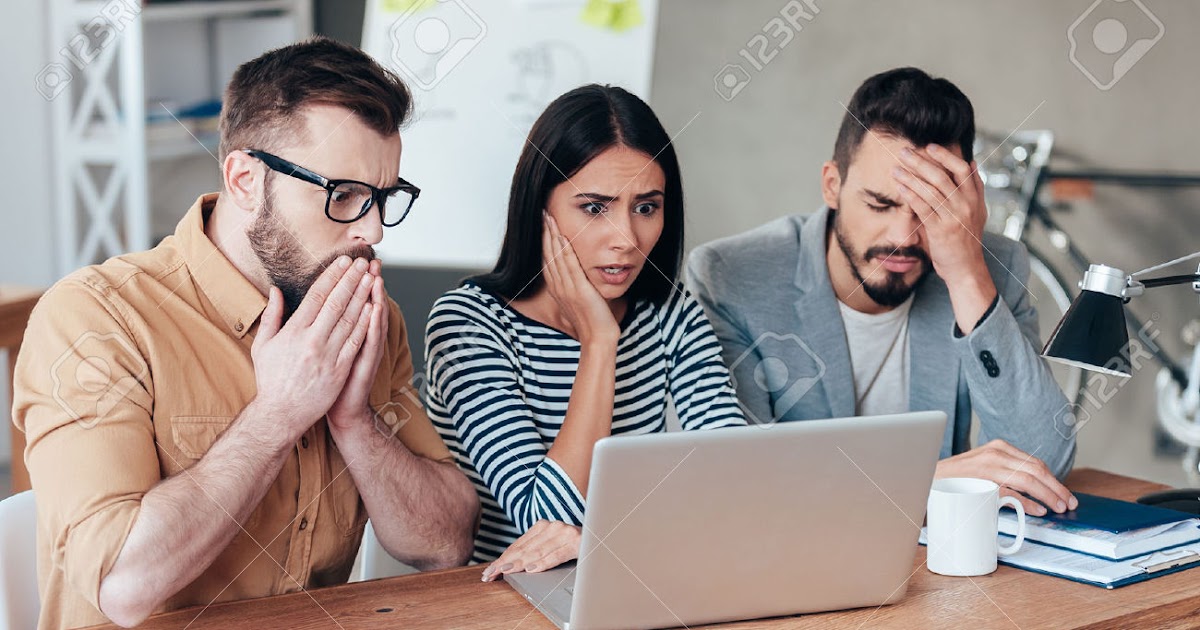 Some recent posts on indie dev failure have been going around lately -- Introversion Software talks about how their experimental explorat...

I haven’t been releasing games lately because I’ve had more opportunities to hang out with my wife and enjoy the warm weather. I still open Unity or Clickteam and play out a few ideas and I’m sure I’ll release many games in the future. I’m more comfortable being flexible like this because I have a grasp of the ideas Yang describes which seem like they would be kinda obvious, but the commercial expectations for games in most game-centric groups is particularly is stifling.

I’m happy to see efforts like The New Jam City event who do some work in showing that making games for profit is only one of many worthwhile motivations.
https://forum.waypoint.vice.com/t/new-jam-city-the-unofficial-waypoint-game-jam/?source_topic_id=4971

I think it is interesting that a lot of the writing and advice around independent game developers is based on a very narrow view of success: how to finish that game at all costs, how to get it out on every platform and promote it and get people to see it and how to make a living doing this.

I’ve been a hobbyist game developer and composer for about 7 or 8 years now (the composing bit for much longer than that) and my current project is small but we’ve been working on it on and off for 5 years now, and a big part of me thinks… y’know, that’s fine. We want to finish it, and we’re nearly done but also we have lives outside of it, and other interests, and life events which sometimes get in the way, and that’s okay.

It doesn’t mean we’re not dedicated, or don’t care or take it seriously. I like to think we take it seriously as anyone else making games. But we just have a lot of other stuff that we want or have to make time for, that’s all.

Our first ‘proper’ game was played by thousands of people, which was thousands more than we expected. It made a few end of year lists about indie games and even got a few articles in major online and print publications. That felt like an incredible success to us, even though we didn’t charge anything for the game and made no money off it and I think there are scant few who even remember the game now.

Right now, success to me would feel like finally finishing this very different kind of game we’ve been working on for so long and moving onto our next project.

We’ve talked about making games we’d charge money for, and hey look if one day we make something that hits and it means we can do this full time, great. But until then, I don’t consider anything we do a failure.

Can I get a link to this forgotten game?

(Disclaimer: I think most of the writing in this game is probably fine, and most of it is mine with a little bit from a friend - but it is written by a version of me from 6 years ago that is probably a bit less wise than I am now, and there are a few choices we made then that I’d do differently if I was writing the game now)

Yeah I am 100% picking up what’s being put down in that post (and elements of it reminded me of Liz Ryerson’s criticism of Indie Game: The Movie http://www.nodontdie.com/liz-ryerson/). There’s a lot to be said about shifting the conversation in both the motivation behind making games, and also the way people play them!

It feels of a piece with the way a lot of previously hobbyist work has been monetised by the web; there are the handful of people who make a living from blogging, or indie game making, or podcasting, but that doesn’t necessarily need to be your own goal?

It’s tough, in a capitalist society, to find time for the creative stuff you love. Finding a job in that space can be great for some people, but equally I think there’s a great deal of (non-financial) worth in creation born out of completely non-commercial aims.

Is it obvious I am about to move cities and start looking for a job and am thinking about this a lot?

The URL you linked is giving me a domain error.

It might be worth throwing out that this is essentially what a lot of implicitly “fan” works are. People making fanfic, fan art etc pretty much can’t make money of them for fear of litigation, meaning that it’s a sphere mostly of creating for the sake of it, or for the community, or trading with other creators. It creates a really nice collaborative/friendly (I mean, besides all the infamous divisions and flamewars etc) “economy” out of necessity, which would do well to be replicated elsewhere, maybe?

I’m slowly getting more comfortable with including assets I don’t have permission to use in my games. I’m not sure if I’m putting that stuff in to move farther away from hopes for eventual commercial success, or if moving away from commercial success allows me to enjoy certain benefits more.

I’ve been thinking about this a lot recently. The gaming community (whatever that is) has such an obsession with financials.

In my opinion it all boils back down to a weird tribalism. Folks want “their” game to do well. Doing well is never measured in being a good game though, it is measured in units sold, money made or cumulative critical score gained.

You see it seep into general discussions about games. I’ve seen threads on neogaf discussing the reviews of a game. One person said they hoped the average score of the game increased by another 1-2% on average and then they would be happy with the overall score. That’s just… inexplicable. Why is this person’s enjoyment so tied up in averaged score?

Why does so much discussion of games revolve around scores and sales and not the individual quality and criticisms of the singular piece?

It seems peculiar to games as well. I feel like film discussion can revolve around techniques used in film, the quality of acting but it doesn’t devolve into this granualr obsession with metrics.

Got a bit ranty there, I need to write this all into a single piece at some point.

Studios will throw money at film-makers who lose money (or at least fail to create enough profit to be a good allocation) plus the team is assembled per project due to how stuff works in that industry.

Games are produced by teams who are regularly broken apart despite the nature of the project (an extremely complex engineering task) and lack of standardisation (ok, it is somewhat more standardised now than 20 years ago) based on a couple of profitable ventures that “failed to hit targets”. Even when studio names and some members survive restructuring, it is also seen as a knock against any creative vision from the studio and adds further expected pressure from the publisher to meddle in the creative process.

Games, being far more serial than movies (due to fiction and mechanics reinforcing each other and so making for an obvious reason to continue the fiction when making a mechanical successor), rely on hitting targets to allow further refinement of the mechanics and development of the universe in a sequel (with the classic note being that the first game is a prototype and the second has the potential to be a genuinely great game). So it’s far more like TV series, where following the audience ratings and campaigns to “save” a show are common.

To be honest, I think they feel pleasure when playing the game, but lack the skill to describe why they like it or how it works. They still feel the need for communion over the artifact of their sensibility and have to rely on evidence that they are not alone in feeling it.
I don’t think this is a bad thing necessarily, but it can end up creating strange results such as more cowbell and folks dismissing games because they are too popular or aren’t popular enough.
I see it as a way folks can begin to find people with similar tastes in order to eventually develop some categories and theories. Take ASMR as an example. Before the term existed there were just individuals scattered about that loved Bob Ross and slow-scenes in foreign films, but didn’t realize that it might be a thing that could be critiqued and developed. They might just get excited when it is mentioned positively because they can imagine that someone liked it for similar reasons they themselves lack the tools to explain. Eventually genres or av-clubs form based around similar taste and they start developing theory.
That might be a bit optimistic, but that’s how I imagine the motivations.

I could also make comparisons with any other form of art. I really feel like there is little discussion on what makes A game great. Its all about how well that game succeeded in the marketplace.

The OT article is talking about indie devs and what they measure as success. They don’t suffer the publisher interference or dissolution of teams of big budget games.

Your point on the need for sequels is well made and not something I had thought of but even accepting that I always feel off about the focus on the numbers.

I would also argue that campaigns around particular shows are only arranged when they are cancelled early, whereas games any game will be measured by its sales numbers.

For it all feeds back into the weird fetishisation of commercialism that exists in the gaming space.

I see it as well in the personal vendettas some gamers have against particular developers or publishing houses. Rather than taking an individual game on its own merits it has to be weighed against how “pro” or “anti- consumer” the developer and publisher has been in the past.

Anyway, I feel like I’m getting slightly off topic now.

I like how this article emphasizes an outsider’s appreciation for a niche that that the author views as no longer in its mini-zeitgeist. This is an awkward position to be in that I can identify with. The niche seems to have experienced successes of its own, but the circumstance that brought people into the subculture seem to be dried up. Appreciating the successes that seem to have mostly occurred in the past tends to minimize what holders-on are doing now, but the now isn’t the glamour I’m attracted to in some of these niches.

Writing about ZZT feels perfunctory. Having only heard about the game a month ago, its importance was to me invisible. Being a ASCII-based computer game released in 1991, present in videogame’s mar…