A lobster roll is on a split bun and I would say that is definitely a sandwich.

I think the issue is assuming sandwich is the subset of this food category as opposed to the category itself. I think of it like rectangles and squares. A hamburger is a sandwich, but not all sandwiches can be hamburgers.

(this applies to hotdogs too!)

EDIT: even further, no one would call a square a rectangle in normal conversation.

hamburgers satisfy every requirement that i can think of for sandwichood apart from perhaps culturally being considered “sandwiches”. 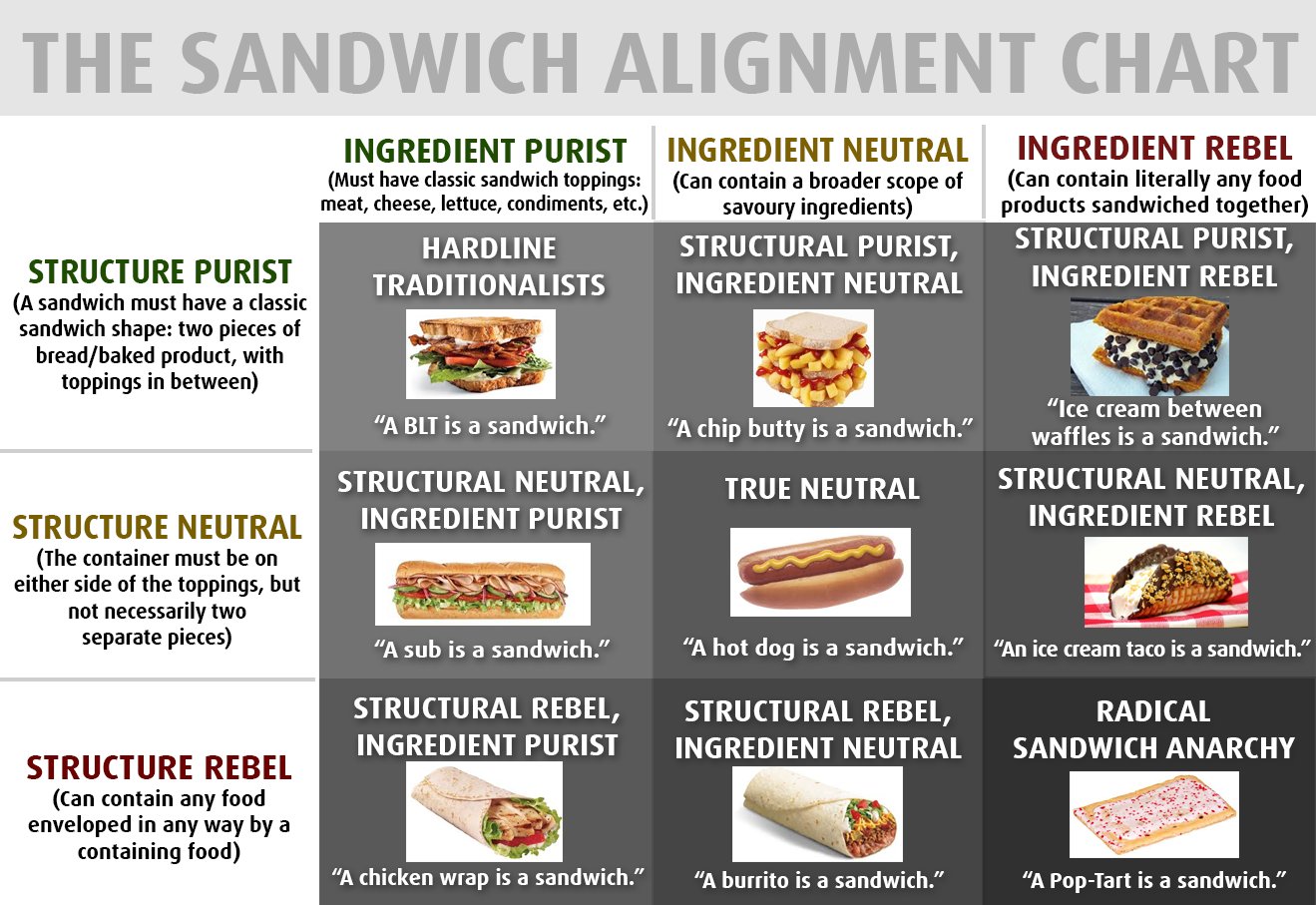 It’s in a bun, so it’s more like a roll. When I picture sandwiches I picture bread like from a loaf, so I think that roll and sandwich are distinct. I don’t know what the fuck a hot dog is in my schema, a hot dog bun is like a specialised bun or something but it’s not the same and most of the time the bread is bad.

No it is a pie. Also posts have to be at least 15 characters long

100% agree with Austin’s comment. While I would say a hamburger is a sandwich, if someone said, “lets go get sandwiches” I would never think they were talking about hamburgers. Which is kind of a weird thing.

A burger is a sandwich in the same way hummus is bean dip. In a technical sense but not in spirit.

damn… wasn’t sure if this forum was gonna really get into that gritty, that real shit, that WHY… but I see I have my answer

It’s about hamburgers in games journalism.

I’m sorry, I’ll see myself out.

Pizza is just an open-faced melt.

yes and i refuse to stay to argue about it

I’m willing to go into neutral territory in either direction, but not both.

No, a hamburger is those 3 lines at the top of the page. Does no one else listen to the podcast? Honestly.

Yes, I would classify a hamburger as a subclass of a sandwich.