Art That Represents Where You Live

Is there any piece of media that effectively captures where you live or where you have lived in the past?

This could be a movie, tv show, book, song, or even video game that captures the same qualities that you observed from living in or visiting a location.

For me, the film George Washington (2000) and the tv show Eastbound and Down almost exactly represent life in the Carolinas. Although not taking place in the southeast US, I felt last year’s American Honey really nailed what rural flyover country is like. This is especially impressive since the director, Andrea Arnold is from the UK yet has probably done the best job at portraying what its like living in these areas.

I’m curious as to what locals of other regions, states, and countries feel is the best portrayal of their neck of the woods.

Squidbillies is the most accurate representation of Dahlonega, Ga. that I’ve ever seen.

I love southern Appalachia but oh man is there some weirdness going on out there. It’s really cool to me that Squidbillies and something like Night in the Woods can take place along the same geographic region. I’m sure you can make countless stories about all the differing cultures that exist isolated from one another along the region. We’ve come a long way since The Darlings on the Andy Griffith Show

Nothing is a better example of how miserable and segregated long island is than everybody loves raymond. Nothing also shows how much fucking pizza we eat as well as that show, where they eat pizza at least once an episode.

More or less every Kent song ever made, captures the mood of the swedish melancholy real good.

You’re not kidding, most of the music videos I see are filmed at night, only lit up with this really grungy florescent lighting that I dig.

The Postal Service has a really good song that perfectly encapsulates at least a part of the city in which I live. Guess where I live!

I live in Southwest Virginia (Appalachias) and Beeswing reminds me of this place a lot. 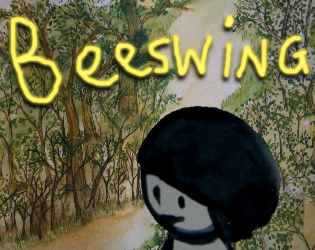 Discover a world of stories in a handcrafted game set in rural Scotland.

This looks beautiful I’m going to check it out soon. I agree that sometimes Scotland is very familiar to some of the areas in the mountains which historically and geologically makes a lot of sense. Do you have any experience with Virginia? I haven’t played that game either, but from what I gather it too seems interested in how location is represented in games.

I’ve never been that far out west but I don’t doubt this. Have you seen Tangerine (2015) or Night on Earth (1991)? A lot of movies take place in good ol’ L.A. but as an outsider I imagine those are some of the best projections of the city.

I have not played Virginia.

It’s worth noting though that even though geology and climate inform other aspects of the area Beeswing depicts and I live in, a big part of what rings true is the descriptions of the folks there and the sense of personal history in a rural place (Like “This is the tree where I built a fort as a kid” kinda stuff).

I am from a region in the far west of Germany called the “Lower Rhine region”, lots of trees, sheep, grass, few people for a otherwise quite densely populated state. There was a huge coal mine in the city where i went to school, which was the biggest employer in the region from the early 20th century until the late 1990s. So basically when i finished elementary school, a lot of folks were losing their jobs. Both my grandfathers worked in that mine and a lot of other family worked in the administration connected to it. A lot of stores were shut down, and us kids eventually started playing ball in those huge areas, that once resembled a blooming industrious region, but became just a reminder of a better past. Because of that, i always found some connection with music or literature about the situation in the rust belt in the US, even though the challenges and the cultural impact differ. A couple of years ago i started listening to La Dispute and fell in love with this one song called Safer in the forest/ Love song for poor Michigan and i just wanna quote it here very quick:

_To a Boring, desperate city

It’s been weeks since I’ve been around you. Has the fear begun to fade away like sunlight when it sinks into the lake? Are they now building up, or breaking down and boarding up the fronts? Has the whole town been foreclosed now? And what happened to those youthful dreams sunk deep in the river weak? Or got tangled up in weeds or else they’re stumbling drunk on Wealthy Street? Or making plans to leave? I need to leave. I can’t marry this place. I won’t bury the past. I just need a change of scenery. I will hold these old streets sweetly in my head like her. And I will praise their bravery always till the end. Let tongues confess the plague of joblessness a temporary illness. Let us wave their flag from there to here and then over and again and let us hope for better things though we may not ever get them

We will rise again from ashes one day. Until then, roll, just roll, roll me away
I need to leave but swear I will carry you in me until the end

Like a lot of people, i left that place when i was old enough and moved to the state capital to study at the university. And like a lot of people i struggle with the memories i have about my home town. But while i have to acknowledge that my hometown means a lot of pain and hardship for me, i also realize that it´s part of who i am, and part of the people that i love. And that those people are strong, and fierce and that some of their political views can be explained, while i don´t have to agree with them. Sorry if this got a bit too personal. It´s just one of those evenings and this fantastic topic really spoke to me.

@chipp thank you for sharing! I love reading how similar and seemingly connected different locations of the world are. Its really cool how these connections are experiential and made through art like music as you’ve shown or video games as a previous example displayed.