If you have epilepsy or are prone to seizures, you should take care when playing Cyberpunk 2077. Game Informer associate editor Liana Ruppert reported yesterday they experienced at least one significant seizure while playing the game.

This is a companion discussion topic for the original entry at https://www.vice.com/en_us/article/jgqg9g/cyberpunk-2077-triggered-game-reviewer-to-have-epileptic-seizure
3 Likes
UselessVoid December 8, 2020, 4:36pm #2

Not only that, but some evil scumbags started to send videos to trigger Liana’s seizures after she broke the news: 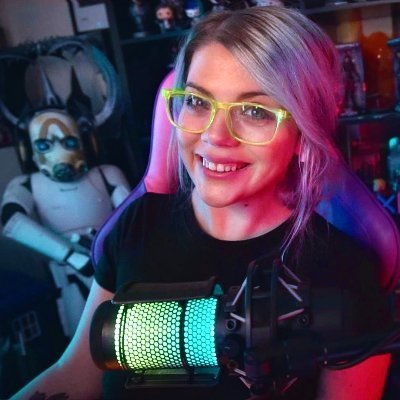 Warning: I’ve been sent hundreds of videos disguised as support that are deliberate flashing to induce photosensitive triggers. If you’re sharing this saying you’re epileptic and receive a video, don’t press play. I’m back to being on my ass. Be better, please.

For those that are prone to epileptic episodes, we wanted to offer a PSA on some of the epileptic triggers seen in Cyberpunk 2077. If you choose to play, here's what you can do to keep yourself safe: https://www.gameinformer.com/2020/12/07/cyberpunk-2077-epileptic-psa … pic.twitter.com/Y2QACjSGxW

I seriously think gamers are some of the most evil people on the internet.

Yeah, that was my reaction too: there aren’t a lot of people I’d call evil, but the fuckers who did this earn the epithet.

I absolutely understand the sentiment but worth noting Liana Ruppert requesting folks stop sharing that part of the story and instead focus on the issue of epilepsy triggers and accessibility:

Please stop sharing the part about people sending me videos. That sucks, it’s criminal, but now the entire conversation is about that and not on the whole reason I wrote the piece to help make gaming safer. Please keep the focus where it belongs: on accessibility, I’m begging 🙏🏻

Personally it’s not something I know much about so the original piece was interesting https://www.gameinformer.com/2020/12/07/cyberpunk-2077-epileptic-psa

along with an earlier non Cyberpunk piece https://www.gameinformer.com/2020/11/25/how-xbox-is-exploring-accessibility-efforts-previously-ignored-including-epilepsy

Wow. That response tweet. You love to see not even a token polite apology for their game giving a journalist a seizure. That’s the kinda stuff to get the edgy true capital-G Gamers on your side.

You know, somehow, only like once a year am I apparently in a witty enough place to re-think up the quip of “there’s a reason the company’s called seedy PR.”

Promising to become a less reckless driver after hitting someone with my car. Everyone stands up and claps, applauding me for “recognizing the issue” and awarding me driver of the year exactly two days from now.

This sort of public mea culping (not apologising) and getting immediate plaudits is how you teach prepubescent children to improve their behaviour.

Shout out to the big brain who responded saying epileptics should just not play video games followed by doubling down with “their own research”.

Because you know I’m sure everyone who has epilepsy knows they have it.

I literally talked to someone today who’s hype as shit about this game who said watching the braindance stuff in marketing made him nauseous and gave him eye-strain and he didnt know why until I sent him the GI article.

Weird gamers gotta be weird gamers though, i guess, and insist that design choices that actively are causing harm aren’t cdpr’s fault.

why is this still seeing a release though? maybe killing your customers feels like something that deserves a delay. why do sony and microsoft seem content to put this on their consoles?

I mean, corporations don’t care. Capitalism famous for not caring who dies on the economy grind

I cant exactly corroborate this but word on the street is Sony and Microsoft’s cert processes are more lax about things like this than Nintendo’s, which is apparently quite strenuous. Composter Lena Raine mentioned on Twitter last night that when she did QA with Nintendo, the games that would get flagged for these kinds of patterns were mostly 8 and 16 bit Virtual Console games that were required to be modified to not have potentially triggering flashing patterns before release. Seems like the weird condescending in character EULA was good enough for Sony and Microsoft which is extremely concerning.

Edit: Also i’ve been thinking about this but I have to ask, judging by some of the stuff in Mike Diver’s tweet embedded in the article: Do… do the Gamers think that only leftists and libs have epilepsy? Like im genuinely curious about this. This entire thing is fucking up my brain.

Sony only has a rigorous cert process these days if you’re trying to release an anime visual novel, at which point you have to submit things in English for approval even if your game is only coming out in Japan. They’re not gonna pull that shit on the big kids, though.

But don’t worry I’m sure at least Twitch wilactually never mind, no they won’t. Unless there’s licensed music playing during the BrainDance scenes?

Unless there’s licensed music playing during the BrainDance scenes?

What are the odds of tha… oh 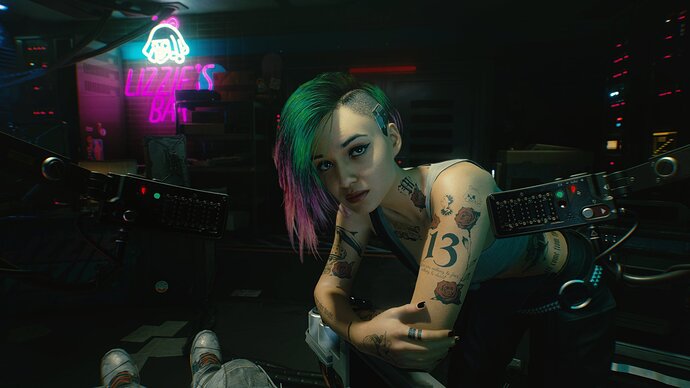 We just noticed there's a song in the game which might put a DMCA strike on your channel even when playing with “Disable Copyrighted Music option on. While we work on fixing it, please make sure to turn the sound off during the first two Braindance sequences. Apologies!”
7 Likes
syz December 10, 2020, 8:34am #16

Please make sure that you do not look at or listen to our video game during these sequences. Sorry about that.

It’s only missing rumble that’s designed to resonate with your controller, ripping it apart violently

“Sorry folks, turns out there’s a glitch in the Braindance sequence that makes the game call your ISP and cancel your internet service. Make sure you aren’t connected to the internet during these sequences!”