Sometimes a game comes along and you just lose yourself in it. Hours go by without notice; suddenly it’s way past your bedtime. And let’s face it, the real world is an awful place. Losing yourself in the worlds of video games can be a welcome, if brief, respite.

This category is for the games that stimulated our senses like no other. Truly great presentation can actively transform an experience. It could be spectacular sound design that totally immersed you in the world, or it could be beautiful art and environments that took your breath away. Or perhaps it was a game that instantly transported you into a time and place. What games captivated you with their sights and sounds?

Shoutouts to Ori and the Will of the Wisps this year as just an extremely visually beautiful game.

Also, this was a remake, but I appreciated Xenoblade: Definitive Edition. It has a really conceptually interesting world and environment where at any given point you are somewhere on the body of a titan, and it’s cool to see that concept brought to life better than on its original Wii resolution.

As much as I despise this game, the production on The Last of Us 2 is completely immaculate. Master-class work to tell an awful story that maybe they should not have told at all.

Also, the game comes with so many accessibility options for players, it’s really something that should be industry standard. We need to shout that out.

My pick for best presentation would have to be In Other Waters, an excellent little game from earlier this year. It’s a game about exploring an alien sea from the perspective of the onboard AI in a scientist’s diving suit. As such, you are navigating this world through an abstract UI interface, with a topographic map and points of interest displayed as icons. This might not sound like a great candidate for this category, but every single part of the presentation is IMPECIBLE.

Visually it is presented mostly in striking two tone compositions that change to suit the environment you’re in in a way that is deeply evocative. Each icon on the map animates in a way that makes it absolutely clear what it’s representing: plant-like life sways gently along with the ocean and animals hover when they are curious only to dart away when you get too close. The gauges in the UI both look great and display important information in a way that’s easily understandable.

The sound design is also excellent! The ambient sounds give the game an incredible sense of place. In the summery shallows the you hear the water rush past in currents, and explosions of bubbles as something moves. In the pitch black depths you’re met with an oppressing silence, occasionally broken by whatever beast calls this their home. The sea life chirp and gurgle in a way that is both deeply alien and easily characterizes their traits.

In Other Waters is one of the most memorable games of the year for me on presentation alone. The narrative is compelling, and the exploration is truly special, but this games presentation is so masterful that no other game I played this year even comes close!

Bit of an Early Access themes to my nods for this thread, but I think they’re all too solid not to mention. Ooblets absolutely nails the cute, peaceful tone it is going for. The updates have only made it better, fixing some of the frustrations of farming. Phantom Brigade’s interface for the turn-staging is intuitive and makes engaging with the system something I want to do.

But my favourite for the year is WORLD OF HORROR, a roguelite RPG that plays somewhere between a very old cRPG and various Lovecraftian horror RPGs and board games like Arkham Horror… with a 1-bit Junji Ito aesthetic all over it. It nails that Ito inspiration, and it uses the roll-to-save mechanics and the somewhat esoteric old cRPG interface to striking effect in bringing out the challenge of fighting horrible eldritch creatures, and also kind of the 80s setting. It’s got crunchy, spooky sound design and some nice monsters, too, which definitely brings it together. Just extremely solid presentation all around.

In Other Waters was a great one from this year, yeah. Excellent “interface” game.

I also have to shout out Heaven’s Vault. The hand-drawn environments and characters are just gorgeous.

Oh, and even though Sayonara Wild Hearts technically was 2019 game, the Switch released happened this year and that’s where I played it. Absolutely gorgeous game.

So a term that gets thrown around a lot is “cinematic”. Even now, you can find a lot of people pointing to games they would call “cinematic”. This is, interestingly, very much attached to Sony’s prestige gaming push; Uncharted, The Last of Us, or Detroid: Become Human are the kinds of games people tend to point to. I feel like this can be drawn back all the way to titles like Final Fantasy 7, or, probably most notably for reasons I will get into, Metal Gear Solid.

The term “cinematic”, when applied to games, is absurd because what it really means is “realistic graphics and lots of cutscenes”. Something that drove me absolutely up the wall in 2018 was people talking about how God of War is “a one-take.” This is nonsensical to me, (not only because games like Half-Life have already been doing this) but because the reason film buffs get excited about oners is because they are technically difficult.

The point is this: “prestige games” are interested in the veneer of filmmaking, but not the craft. Due to the seemingly eternal inferiority complex they have, they want to seem like movies. But they don’t want to explore what movies do with their visuals.

This is a very long polemic to get the point where I am saying that Kentucky Route Zero is a stunning game. It’s one of the few games I’ve played that has a firm grasp on the visual storytelling of films. The devs literally did a GDC talk about how they used “scenography”, as they call it, and talk about film theory and theatre. Some of their biggest inspirations are Tarkovsky and Brecth, and they cite the experimental movie Wavelength by Michael Snow as an influence, which shows in the games use of long pans and zooms in order to navigate a space. It is a consistently beautiful game, with endless ~vibes~ and if there was a time to call a game “cinematic”, I think this would be the time.

This is all to say this single sequence in Act I of Kentucky Route Zero (which came out in 2013) has a better understanding of cinematography and cinematic storytelling than most of the so-called “cinematic” games have in their entire campaigns. 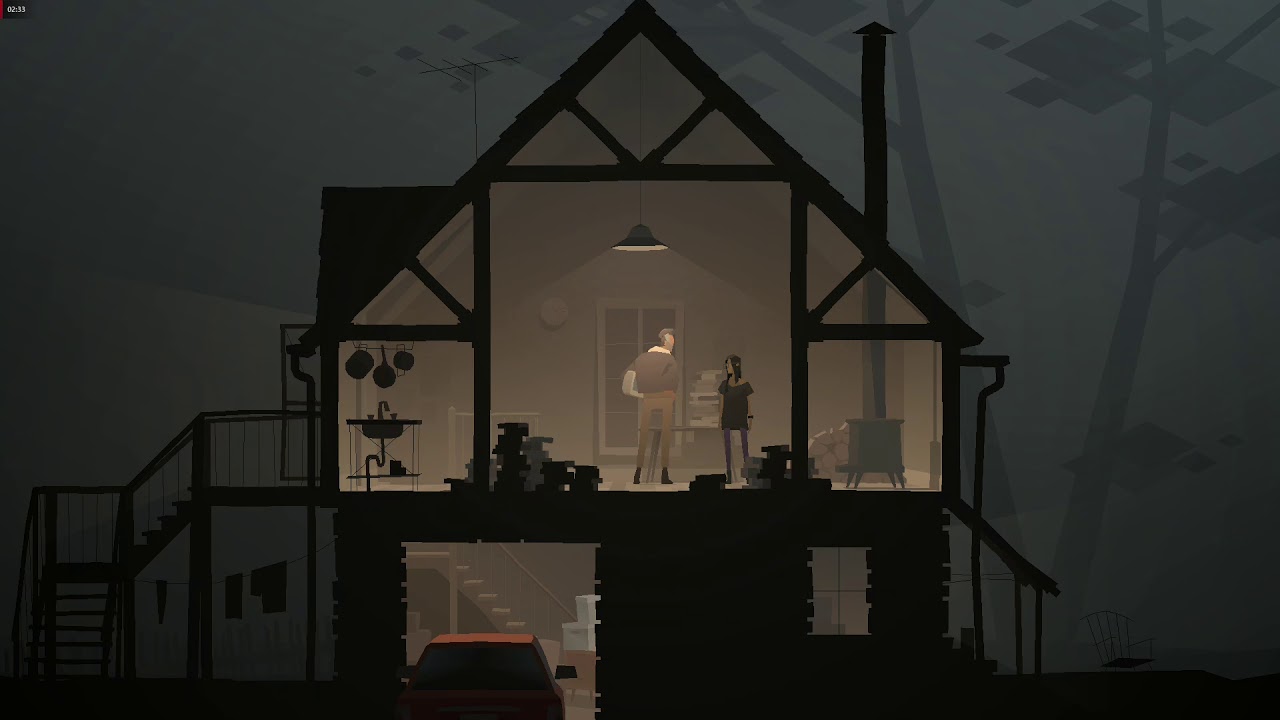 This is nonsensical to me, (not only because games like Half-Life have already been doing this) but because the reason film buffs get excited about oners is because they are technically difficult.

I think there’s an argument to be made about the technical difficulty in not having any load screens and a fully seamless presentation. God of War was a genuinely impressive technical achievement, even when looking at Half Life 2 (which had load screens between levels). Sure, it’s a different sort of technical challenge than a filmed one shot, but it’s one that deserves praise, imo.

(Of course, I’m guessing that this current gen will see a lot more of the one-shot thanks to fast SSD loading, so I suppose we should qualify that GoW was done on an HDD console, which makes it even more impressive.)

Managing to craft a seamless game experiences without loading screens is impressive, yes! But this is radically different than the technical feat of a oner in film.

More importantly, what I’d like to emphasize is that the issue I’m griping about is deploying the qualities and language of filmmaking (like oners, or having well-known actors) with the assumption that this would automatically make your game “cinematic”, but without engaging with care for cinematic craft beyond that, or even more importantly, without asking the question if this would the game a better experience in the first place.

I don’t want to derail this thread, so I will stop here.

I’m going to sound boring here, but I think Hades is easily my favourite for best presentation. As with all of Supergiant’s games everything from the visuals to the music, the voiceacting and scripting that is so reactive to your playthrough is stellar. I would say that you can get lost in the chaos of what is happening onscreen.

I think Ori: Will Of The Wisps is impossible not to at least mention. Since again, the visuals and the music are so amazing. Kentucky Route Zero is very minimalist but so beautiful to look at and the soundscapes just pull you deeper into the story whether in the scenes themselves or travelling across the overworld.

I would also add Paper Mario: The Origami King, because the whole game is so beautiful to look at.

Is narrative structure a part of presentation? Asking for Assassin’s Creed Valhalla.

Slightly controversially: if the later parts of Kentucky Route Zero had been as exceptionally well done as the first two parts [and their interstitials] then I would be nominating it here. As it is, I don’t think the entire thing is as good as the first parts, so overall, it doesn’t hit this bar.

(I think Hades is much more consistent in its presentation, even if it isn’t as daring with it.)

I have to pass the torch on a game I discovered in the forum’s End of Year 2019 threads: Risk System. The cyberpunk-ish + anime + shmup style is masterfully executed. I really believe it would be a minor sensation with more favorable marketing conditions. Deserves console ports and accessibility options, especially for flashing lights.

It’s Hades for me too. It’s a similar art style to Supergiant’s other games but it looks so good.

But I also want to shout out Ghost of Tsushima which just looks absolutely gorgeous and has such an amazingly realised world. I enjoyed exploring it just to see what there was to see and hear what there was to hear and it was a fantastic experience, especially in a year when I couldn’t really go out much. 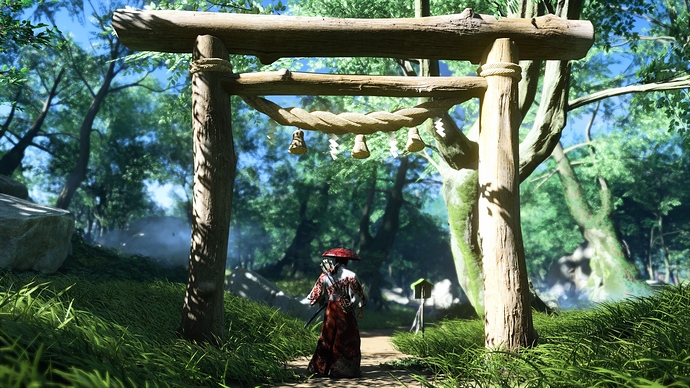 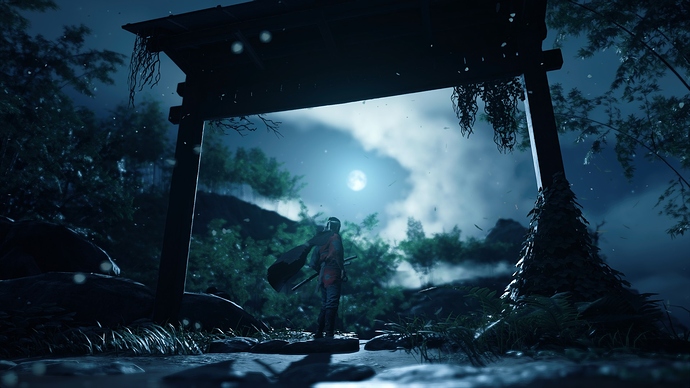