There are many ways to engage with video games, all of which are valid. While we appreciate deep, moving narratives and boundary breaking mechanics, sometimes a game can just be a simple escape from the things that make our lives stressful. Maybe it’s an old favorite, or something you’ve just discovered. Either way, comfort games give us the escape we need sometimes!

Whether it was an old favorite or a new gem, this thread is dedicated to the games that let you feel at home this year. What games helped you get through 2022?

My daily dose of Wordle helped quite a bit. I’ve managed a solid run of 96% completion. I have like four games now I do every day: Wordle, WordHurdle (six-letters), Framed (guess the movie), and LINKR. Maybe spending 10 minutes in bed each day playing games on my phone isn’t good, maybe it is good, I dunno, I just like doing them.

Ooblets was a wonderfully comforting and cute game that scratched my Animal Crossing/Stardew Valley itch. It has a goofy and charming art style, great fashion options, and Pokémon-esque dance battles instead of straightforward combat. My fiancé enjoyed watching too, so it was a great way for us to spend time together after a stressful day of work.

I only played a few hours of Bear and Breakfast and need to go back to it, but it seems like a prime candidate for this category as well.

Something about Cities Skylines always brings me back and makes me feel like I’m putting a warm blanket on or something. Maybe it’s the lights turning on when it switches to night or something when you’ve finally figured out a problem with something and getting a rush of relief.

I returned to an old comfort game with the Into the Breach update this year. I never put Danielle-Riendeau-level-hours into the game (has anyone?) but I had a respectable 50+ and had unlocked everything and felt like I was done with it. Revisiting for the new squads actually rekindled my enjoyment even with base game squads, and I found myself going back and ticking off successful runs at different island counts I hadn’t done. I’ve put another dozen hours or so into it and probably have at least that much more to wring out of it, even if I think the new stuff is a teensy bit uneven. When a single run can fit into 5 minute bites spread out over a couple of days, it’s so digestible and the core game loop so satisfying that it’s hard to fault it. Plus, you know, the update was free after all…

I’ve written about it quite extensively over in our Gaming thread but Pokemon Scarlet/Violet scratches that same childhood brain itch in a very satisfying way, despite its technical maladies.

There’s a lot of comfort in applying order: organizing, cleaning, categorizing. Implied here is that order CAN and is MEANT be applied to simulated chaos in a satisfying way.

This year for me there was Unpacking, a beautifully designed unpacking simulator, extremely scratches this itch.

More recently, Hardspace Shipbreaker is the organized dismantling of large objects. The pleasure of disassembly.

Power Wash Simulator fits in here as well, I found it more to be about being able to complete overwhelming tasks by slowly doing one thing at a time. With satisfying DINGS.

Comfort is also escapism, a tiny world you can define the parameters of.

Ooblets fit that role for me in post Animal Crossing world.

Comfort can also be defined by the amount of push back in game, or the lack of push back. Challenge continues to be an elusive but integral piece of game design. When is something just a Skinner box? Or so difficult the user loses interest in climbing the endless hill?

Vampire Survivors for example, a game defined by how much it ISNT a game, in a traditional sense.

Last of all Comfort means cute. Theres always something that fires those cuteness endorphins. 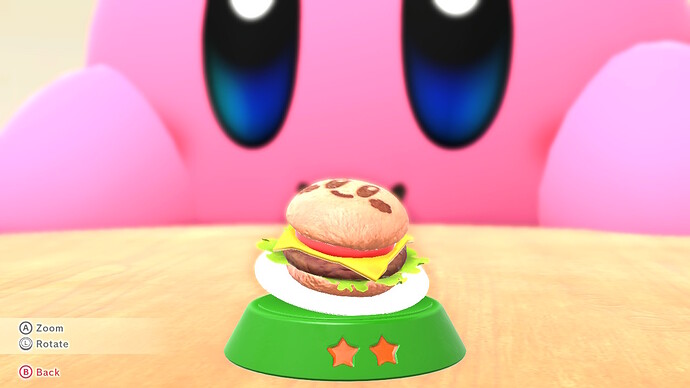 Yeah, I was thinking about this and essentially the majority of games I played this year were comfort games, even if in some cases they were “new” games or rereleases of them.

Into The Breach was a game I found perfectly designed to give little bursts of real-life-stress relief by intense focus, and Advanced Edition this year was a perfectly timed excuse to reinstall it (even if I think there’s a bit too much health on the advanced Vek to make it quite as perfectly tuned a pure-tactical-puzzle as the standard version is).

Zachtronics games have often served the same role as “escape into focused problem solving” for me, and so their swansong compilation Last Call BBS was also perfectly timed. (One of its component games, STEED FORCE Hobby Studio, is practically the definition of a chill relaxation game, too - just satisfyingly clicking together virtual plastic model pieces to make a model, even if I don’t get on with the (completely optional!) final masking-and-spraypainting process.) I’d be lying if I didn’t admit that the early-to-mid 90s aesthetic and nostalgia doesn’t also just give me a warm fuzzy glow (even if I never actually managed to dial into a BBS myself before they became almost extinct, I did have the machines that people used to use for that).

And, to a large extent Quake (or at least, the levels and mods created by the still very healthy mapping community, more than 25 years after its release!) and Noita have been my ongoing comfort games for this year as much as they were last year, and some of the year before. Ironically, Noita in particular is weirdly a game I find more comforting when I’m exploring with some sense of danger - I’ve basically stopped playing it for more than a week in the middle of a run where I’ve (via a combination of initial luck and some investment) managed to become essentially invulnerable to almost everything but also accidentally destroy the only guaranteed copy of an important item for doing the “big secret quest” that I’m finally powerful enough to attempt. Quake, on the other hand, I admit to playing mostly on Easy (although I’d argue that most community maps are a notch harder than the original game, which I will happily play on Normal) - it’s as much about sense of discovery and the beautiful [or interestingly horrific] environments as it is any sense of combat-related-challenge.

I’ve been keeping a twitter thread of games I’ve finished this year and over summer one entry was basically “I’m sick, so I’m playing Wolfenstein: The New Order again”. I guess shooting Nazis is comforting? Or more seriously, the intersection between its shooter gameplay and hope-amidst-desolation story is?

Zooming out a little I think I’ve frequently used Hunt: Showdown as a way to de-stress, winding down with a few rounds at the end of busy work days. Which is ironic because everything about that game is stressful - especially the sound design and quickly lethal PVP - but it’s stress I’ve volunteered for and can control rather than stress forced upon me by my job.

And I’ve continued slowly chipping away at a full replay of the Yakuza series (or should I say Like a Dragon now?), games which are mostly very nostalgic for me both as games I’ve played over nearly two decades now and as reminders of Tokyo, and almost feel like the closest I can get to spending time in Japan without actually living there again (think how excited Rob and Patrick get about games set in Chicago - that’s me and Yakuza’s depictions of Tokyo).

Big thumbs up here, a huge yes to Yakuza being a comfort game series. Every moment you spend with Kiryu is just a delight and I have never gotten tired of watching this stoic, inhumanly strong badass throw himself into every single meaningless piece of fluff that someone casually tosses into has path. You need me to run a hostess cafe, resurrect slot car racing for a new generation, take over the real estate business AND win a plush from this UFO catcher for a lonely little girl? I will not rest until I have achieved those goals. If Kiryu needs to bicycle body slam the population of Japan twice to make sure a little girl gets the stuffed animal of her dreams, he’ll do it.

My comfort game this year goes to Potion Permit, a cozy little life-sim/crafting game.
You play a chemist/doctor of a small town and gather ingredients, make potions, diagnose and treat the town’s residents’ various ailments, and make friends them. It’s a great low-stress game to play for just a few minutes at a time or an hour, and I always feel like I’m making at least a little bit of progress.

Rhythm games have always been a kind of comfort game for me, even though I acknowledge they absolutely also can be stressful. I’m always playing quite a few at any given time but the one I played the most and have no intention of stopping anytime soon is Dance Dance Revolution A3 (and it technically came out this year!

TOEM! I picked this up when it was free on PS+ a few months back and it was suuuuch a breath of fresh air. It reminded me a lot of A Short Hike but with a singular focus on one fully developed activity (photography) rather than a bunch of simpler minigames. While less chaotic, the game is mechanically funny in a way that reminded me of Untitled Goose Game, ie its less about the writing and more about experimenting with your verbs and laughing at the results in the world. The sound design and music are wonderful as is the art design, def a cross post with fav presentation of the year.

My comfort games were Slay the Spire and Slice & Dice, but I think that’s largely because of the way I handle feeling not-quite-myself. When I’m having a pretty bleh day, I usually end up sitting on the couch, on my phone, desperately wanting to find something stimulating but failing to actually get enjoyment out of things I would normally love. StS and S&D are both available for mobile, and because I like playing roguelites just to do the mechanics, failing a run isn’t a big deal for me. So I would just put Marshall Wristwatchrevival on in the background and do a few runs until I finally mustered up the energy to get myself something to eat. I’m not sure if that counts as ‘comfort’, but I figure that, while liking a game that doesn’t leave you alone with your worst self might not necessarily make it good, sometimes it is good enough. And that’s enough for me.

Sea of Thieves was a lovely escape for me this year. While the game has always had issues with hostile players and griefers, it felt like that at least has lessened quite a bit over time, and I really enjoyed just sailing out in my sloop, doing some voyages, making some money, and just taking in the vibes of life on the (oh so very beautiful) water. Seriously, still some of the best water in video games.