While we are a community focused on games and how they intersect with our lives, we’ve never shied away from exploring and discussing other media critically and enthusiastically. It only seems appropriate, then, that our End of Year event offer up a space for us to share our own “Waypoints” from 2022

This topic is dedicated to anything that you read. That could be a book, a short story, an article or a blog! It could also be a comic, whether it be a big superhero comic, a serialized manga, or an independent webcomic! Whatever you share, we’re excited to read about reading.

I read shockingly few books this year, something I’m going to try and correct next year. But what I read I loved.

The Scholomance Trilogy: The third and final (?) book in this trilogy came out this year but I actually only read the first two books earlier this year also so I’m chucking the whole trilogy in here. I’m a big fan of Naomi Novik’s work in general, Uprooted in particular is the kind of book that I’ve bought for friends just because I wanted people to talk to about it lol, so when I learned she had taken a stab at the “magical school” setting I was of course excited. And they’re great books. Her magical school is very different from other books in the space too.

Nona The Ninth: The Locked Tomb series just continues to deliver. I love this series and I cannot wait for the next one.

I haven’t read anything that incredible from this year, sadly. There might be a few pieces I read but sadly they’re all fading from my mind, maybe a few recent short stories. I could share my own fiction here if anybody’s curious but instead I’ll recommend something older.

This would be Especially Heinous: 272 Views of Law & Order SVU by Carmen Maria Machado, a novella written as almost a creepypasta. It’s plot summaries of like a dozen seasons of SUV, starting as a vague satire of this show’s cynical and infinitely violent view of the world, before evolving into something much stranger, much more beautiful, and metafictional.

Only read four books that were published in 2022, and one of them - a YA Star Wars novel where Anakin sort of invents the word transgender - would somehow still not make my top five.

A Spectre, Haunting (China Mieville) was one of them, and it was alright. Commentary on/argument for the modern relevance of The Communist Manifesto. It’s both very academic and unlikely to sway anyone right of socialist, while also a little primer-y for someone who has read some theory. But I liked reading it all the same.

My other books were from Grandmaster of Demonic Cultivation (MXTX), or Mo Dao Zu Shi, which started to get an English release this year and my friend convinced me to check it out. It has some of the hallmarks of ‘gay romances written for straight women’ that I tend to avoid, but it’s very compelling even in translation (and it’s not even a great translation). The Yi City arc was like reading a speedrun of the Hannibal TV show; Wei Wuxian is a contender for my Character of the Year. It’s very fun! 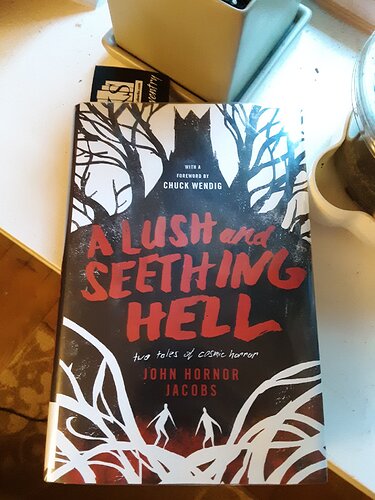 Two favorite comics: Ducks: Two Years in the Oil Sands by Kate Beaton and It’s Lonely at the Centre of the Earth by Zoe Thorogood. Both are intensely personal and beautifully drawn auto-biographical work that came out this year. Content warning for suicide and self harm in Thorogood’s book. 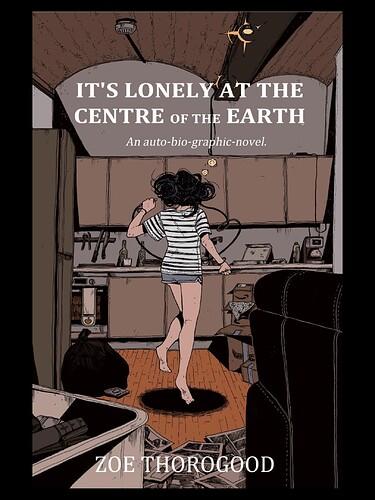 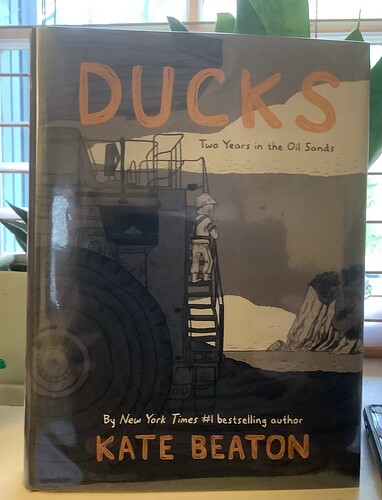 In the near future I plan on making a more in depth top ten books and comics list as I like to do every year, kind of up in the air where I’m putting it online
Shout outs to the waypoint forum book threads of the past!

I fell hard off the Locked Tomb Series after reading the second one. It didn’t really grab me like the first, and when I found out that it went from a trilogy into a series, I decided I wasn’t that interested in seeing where that rabbit hole would go. I’ll check them out from my library once Muir’s figured out how many books it’s actually going to take to finish this.

Thankfully the Scholomance Trilogy was there to pick me up. It feels like everything I actually wanted out of a piece of supernatural boarding school fiction. I found this trilogy through reading Novik’s standalone novels, Spinning Silver and Uprooted, which were both very good. I will not be reading Temeraire series because I do not care about the Napoleonic Era or dragons enough for that series to be a draw for me.

Also, I re-read all the Murderbot Diaries again. Easily the most recommendable series I have read to date, and I am forever grateful that my library had them all. Now that they’ve finally gotten the entire Earthsea Cycle in, those are next. I will say, I’ve actually been having more luck sticking to reading with standalone novels, but god it’s hard to find ones I like via the library’s online catalogue. They swapped to Overdrive, and the organization on that app is god awful.

This might also be a little strange, but I read a lot of plays this year because I’ve been taking playwriting classes. While I do like going to plays–I have also been doing this on occasion, since it turns out a bunch of places have PWYC tickets now, and $15 is a small price to pay for watching a production of Intimate Apparel–I also found that I really like reading them. I love prose, don’t get me wrong–In fact, I’m mostly focusing on speculative fiction for my writing–but being able to just get right to the back and forth of character dialogue, which has so much to is has been really fun. Special mentions for WROL: Without Rule of Law by Michaela Jeffrey, and carried away on the crest of a wave by David Yee.

Hmmm in regards to navigating the Overdrive catalog: I usually like using libby on a phone app to do the check out. then just read it on whatever other device im using to read it.

the poppy war and the duology of a memory called empire and a desolation called peace are the standouts for me in terms of prose. on a comics front the silk mini by emily kim was great and it’s a crime that these characters of color have such a limited runway. though i did consume the empire books as audiobooks alongside gideon the ninth and the laundry files. something about gideon isn’t hitting for me and i’m unsure what