End of Year 2022: Tabletop and Other Gaming Experiences

While we are far from out of the pandemic, it is more possible than before for us to get together with others. That can look like something different for everyone, but for many of us, gathering around a table and playing a board game with friends is something we seek out. Whether it’s an RPG or a chill eurogame, we can see our friends at the table. But there are so many other ways to play, from art installations to ARGs, that don’t fall into the standard definition of video game.

What were your favorite play experiences outside of “traditional” video games in 2022?

Despite the fact that a lot of tabletop stuff has returned to in person, because a wargaming friend of mine moved a train ride away in 2021, I have found myself continuing to play a lot of things via digital mediums. But those are really pale shadows of the tactile experience of tabletop gaming. So when the second entry in Volko Ruhnke’s Levy & Campaign series was released this summer, rather than turn to the excellent Vassal module (funnily enough developed by Brian Reynolds of Civ and Alpha Centauri fame) my friend and I decided to try a hare brained webcam scheme to play remotely, maintaining board state via our own physical copies: 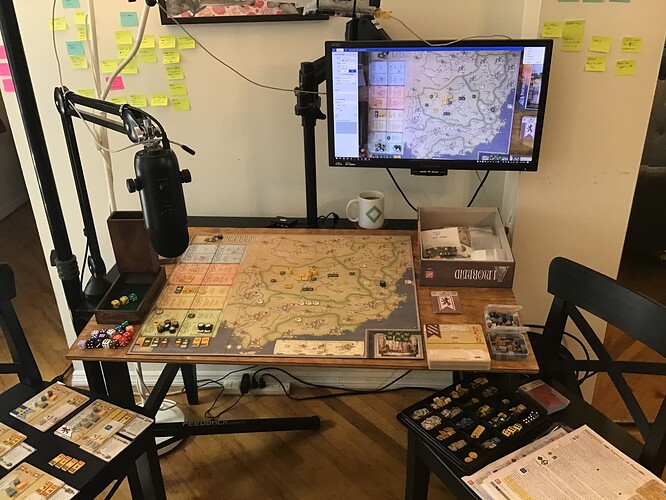 Almoravid, like its predecessor Nevsky, is a medieval operational wargame. Just as relevant to gameplay as battles and sieges are the logistics of keeping your armies fed and the feudal obligations of each side’s constituent lords. Because conflicts in this time period were not fought between nation states but between loose coalitions of individual nobles who would muster militaries when called upon but only for a limited time, keeping your forces in the field is a delicate challenge of balancing food, money, and time.

Like Nevsky, it has a fiddlyness of its own quality, however it’s a fiddlyness that I have come to appreciate. Once you have digested the rules for the two part sequence of play, consisting of levying forces and supplies followed by a campaign of actual movement and fighting (where the series gets its name), the implications of every cart or food token contributes to a tense cat and mouse affair. Each movement of your forces requires troops be fed, so even retreating from an unfavorable situation might lead to a dramatic turn of fortunes when a lord disbands due to lack of supplies.

Unlike Nevsky, which was much more fiddly due to the harsh weather (in that game there are four types of transport, each of which are more or less effective in different seasons: sleds are great in the winter when everything is frozen, but carts are useless in the muddy seasons), Almoravid has more forgiving transport rules and a bigger map, which leads to much more feeling of possibility. 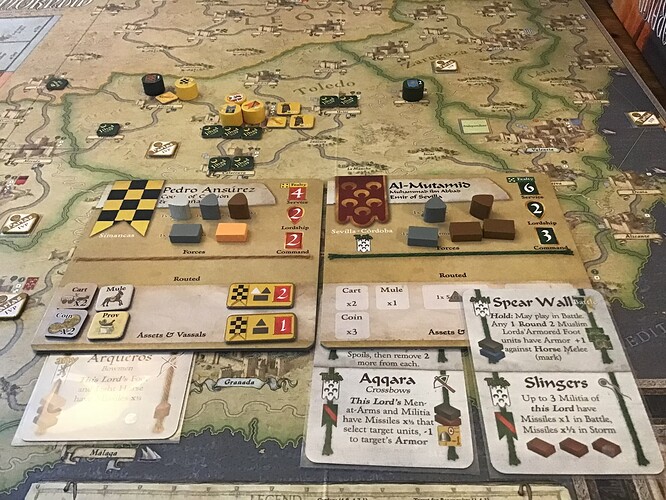 Physically, this is a game that truly does shine in person, with little wooden bits and counters that you use to keep track of an individual lord’s mustered troops and supplies. Because it has a relatively low density of stuff on the map, and optional hidden forces rules, it was actually an ideal game to be played via webcam. My friend and I ended up playing this way again and I think we will likely revisit it.

I am forever hot and cold on the entire hobby of historical wargaming, for reasons I will not get into now, but Levy & Campaign once again dragged me back into the fold and reminded me how rich and fascinating these things can be.