We open this week's episode by discussing the overturning of Roe v Wade, and where we're finding places to take action and find respite in the face of the ever mounting attack on basic human rights. Afterwards we dive into some of the games we've been playing recently, from Cado's speedrunning uhhh.... optimization in Neon White, to Ren's brush with a hot new genre called "a deckbuilding roguelike" in Gordian Quest. Stick around after for a quick dip into the question bucket!

This is a companion discussion topic for the original entry at https://shows.acast.com/vicegamingsnewpodcast/episodes/episode-490-a-hyperfocus-nightmare
1 Like
BlueHighwind June 29, 2022, 5:09pm #2

He’d do better to go to the latter levels and then try to Ace out the first mission because you’ll have a better sense of the movement abilities and how to cut through things.

Slight correction/clarification about Obama having 60 votes to codify Roe:

A.) Al Franken wasn’t sworn in and it wasn’t clear if he would be in 2009 until July.
B.) 45 senators voted against an amendment to add abortion access to the ACA.

So that proposal email was something all right.

I kind of feel that a fan of the show would be okay with how it went, it was all on brand.

Lmao, how Cado plays Neon White is my problem with the new Hitman games. Although I’m not focused on beating player scores, I play the first real level for (checks Steam library) 19.4 hours to beat most challenges.

Then, instead of moving to the next level I get bored and quit the game for good. 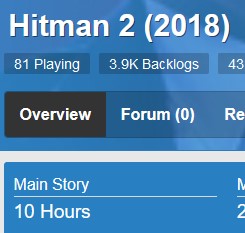 just to correct the show notes and say that it’s RAIN world not raid world. also that it’s one of the greatest games of all time and i hope more people discover it.