With Cado exploring the Colorado wilderness, everyone else gathers around to hear stories of Patrick...stalking his neighborhood for a chance to look into other people's garages? Huh. Elsewhere, we discuss Stray breaking its containment field and being discovered by a huge audience that's going to think all video games are about cats, Ren channels Danielle Riendeau and digs into the latest Into the Breach update, and Rob is, somehow, talking about the Civil War again.

This is a companion discussion topic for the original entry at https://shows.acast.com/vicegamingsnewpodcast/episodes/episode-496-dads-dudes-and-power-washing
cyberspacecat July 27, 2022, 3:30pm #2

From the first 5-6 minutes or so there seems to be some really weird mixing on this one, Patrick is way too loud compared to the others and I think is peaking on his audio?

I dont know who did the editing on this one, but I really appreciate getting to hear more of the song leading into the ads this time.

As enticing as Stray looks and how much people seem to enjoy it my brain has become broken by Gamepass and I can’t justify dropping $30 when realistically the game does eventually come to Xbox and Switch in a year. Makes me wonder if this is how I’m going to feel about all games over $20 that are of the high end “B” tier of games going forward.

Ironically, Stray is the game making me tempted to get on Sony’s Gamepass equivalent. So even that game has a subscription option. Which hey, if that’s what middle budget games need to do these days to survive, it’s not the worst thing.

I don’t think Stray is, by itself, worth the price increase for Sony’s nonsense (they teched so hard around how much they still want you to pay $70 for God of War) but if you decide to upgrade your PSPlus subscription, it is worth grabbing Stray.

Think Cado is on vaca so someone else edited this one, some minor hissing in the background but overall couldn’t tell it was someone else.

The balancing felt a little off but after listening to the rest it’s mainly that the volume spikes uncomfortably when they’re laughing, like it wasn’t normalised or something.

I believe there is a seven day trial for Sony’s “it’s definitely not Game Pass” Game Pass if folks are wanting to try Stray (it sounds like it should be reasonably easy to finish within the length of the trial), but Sony’s online architecture is so horrendous I’m uneasy about going for the trial in case it does something weird to my existing, regular Plus subscription. Current joy? I’m asking their tech support why I can’t upgrade Ghost of Tsushima for PS5 because I was foolish enough to add the standalone Ghost of Tsushima Legends DLC to my account when it was on Plus and it’s not the first time I’ve run into issues like this.

It should be easy enough to finish within the trial, yeah. The game is about 5ish hours long. I agree that PlayStations shop has always been really weird. I mean it wasn’t until fairly recently that you could purchase a game that you had gotten for free on PS+, so if your subscription lapsed, you were SOL

PS+ Extra is $80 cheaper a year (if you do the annual sub, something Game Pass doesn’t allow you to do)

I’m amused by the fact that I unintentionally sent Patrick into an existential panic with a (complimentary!) tweet.

Pls stop joking “will Cado come back?” cause my heart can’t even take such a concept.

I put in a 3 stage filter and dedicated faucet. I put it wherever the hose and sprayer was and upgraded my main faucet to one with the built in hose you can pull and spray down dishes. It was pretty life changing, it’s obviously Luke warm but I fill the ice trays with the filtered water and viola.

I ended up doing this. I was going to buy the game but saw it would cost basically the same to upgrade my subscription to Premium for the rest of the year, and then I looked through the list of games and realized that for whatever reason I find this list quite a bit more compelling than Game Pass’s at the moment. Especially the classic streaming options. Been wanting to replay Ico for a while.

Ico is incredible, very excited to hear your thoughts returning to it! I’m also looking over the library and seeing quite a bit that I would play. Think I’m gonna do the middle tier, as the perks for premium are a little wanting for me. Here’s hoping they at some point allow for PS3 owners to access the premium library directly rather than through the cloud, in which case the upgrade becomes a no brainer for me.

Also, Xbox just announced their Games with Gold for next month and it’s headlining with another cat game, Calico: 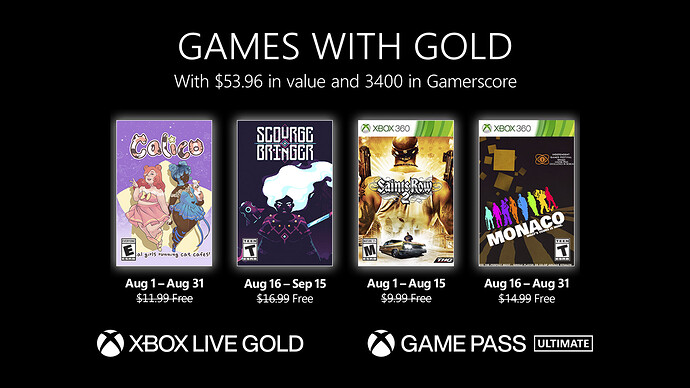 It’s time to announce the August Games with Gold lineup! On the Xbox One and Xbox Series X|S, run a cat café in Calico, and slash your way through a roguelite platformer in ScourgeBringer. And for our classic lineup via Backward Compatibility, earn...

I did the same thing with my water and now use that faucet for all cooking/drinking water and the normal faucet for washing dishes and such.

Since Into The Breach and the related decision making came up again: 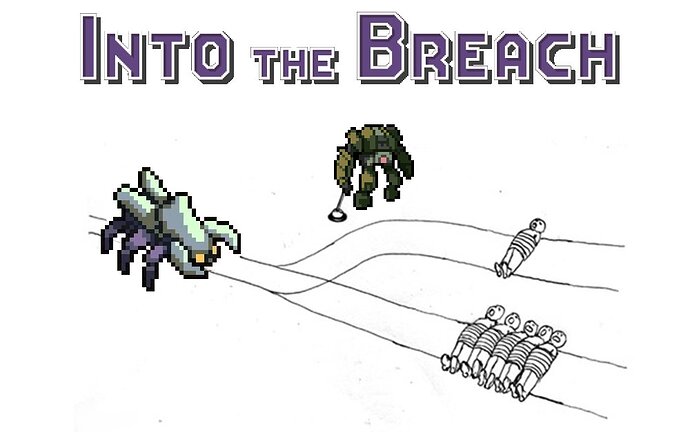