E3 has announced its plans for next year’s show and the Waypoint crew is wondering if it’s still worth it for big developers to attend the show. Rob’s back at it again in Isanzo, the latest historically based FPS to catch his attention. Ren’s checking out Roadwarden, which blends modern TTRPG sensibilities with good, unadorned writing and terrific art. Patrick’s returning to times long past in Return to Monkey Island, which has surprised him in more ways than one. Then of course, the question bucket will somehow end up with us talking about rewatching Steven Spielberg’s 2001 sci-fi movie A.I.

This is a companion discussion topic for the original entry at https://shows.acast.com/vicegamingsnewpodcast/episodes/episode-511-return-to-e3-keighlys-curse
rainynight65 September 28, 2022, 10:07pm #2

On the subject of using critters to try and eradicate other critters, ask Australia how introducing the Cane Toad to try and combat the cane beetle has worked out. Spoiler: it hasn’t. The cane beetle has to be controlled chemically, while the toad population has absolutely exploded due to not having natural predators. Nary a day goes by that I don’t find at least half a dozen of these critters on my front lawn.

That being said, good luck with the wasps, Cado.

My points of reference for using-animals-to-manage-other-animals are 1) the Borneo cat airdrop, which I have to periodically remind myself was real and not a weird dream I had (vivid memories of an animated film — maybe filmstrip? — watched in first grade), and 2) the snake-eating-gorillas episode of The Simpsons. So nobody needs to really panic until Cado starts talking about needing a slightly bigger predator to handle the wasps. I’m pretty sure everything will be fine.

Parasites tend to have a lot less blow-back when it comes to biological control. They evolve very closely with their host organisms, to the extent that many of them can only colonize a single species.

The problem with introducing predators like cane toads (or mongeese, like we did in Hawaii) for biological control is that they can and will eat things you don’t want them to. (And frequently the thing they’re being released to eat isn’t even a large part of their natural diet, so they don’t even solve the original problem.)

So that was something I didn’t know about and led me to also learn that apparently Idaho had a problem where beavers were ending up in residential areas and needed to move them to the forests but they didn’t have roads for that. So they put them in boxes with parachutes and air dropped them into the woods. 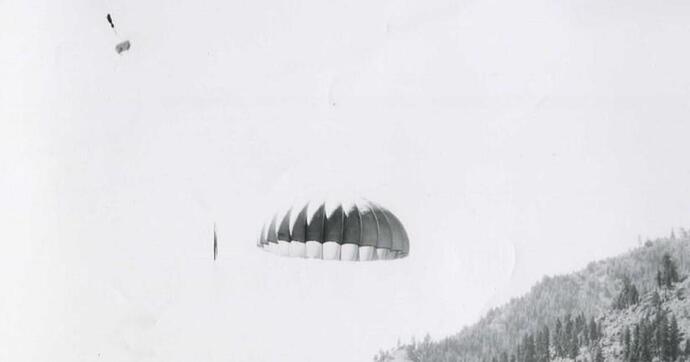 Earlier this year, we brought you the story of beavers parachuting into the Frank Church River of No Return Wilderness. The story spread like wildfire,…