Google Stadia Sounds Nice, But, Uh, We Have a Lot of Questions

Should horror movies offer alternate versions with the fear-inducing content removed so that people can appreciate the set design and costumes? The reason I ask is because that seems equivalent to wanting a FromSoft game to offer an alternate version without the challenge or “punishment”. Much like the horror elements of a horror movie, the challenge of FromSoft games seems like a core part of it’s artistic identity, and it would become a wholly different product were that element to be removed, and I suspect a far less interesting one as well.

I don’t discount that FromSoft games have really interesting worlds and art direction, but the same goes for many horror movies. And in both scenarios there are alternative means to seek out and appreciate those elements without the creators having to compromise their vision by releasing alternative versions or letting the consumer customize it for themselves.

I think it’s going too far to extend the term accessibility to mean “making art suitable for any variety of personal limitations or personality quirks”, rather than focusing the term on people with disabilities who actually need accessibility options to even be able to experience the art as it was intended.

Should horror movies offer alternate versions with the fear-inducing content removed so that people can appreciate the set design and costumes?

They already do. It’s called the “fast forward” button. It’d be nice if soulslikes have something similar.

EDIT: I should also note that cheat engine tables for Souls games on PC are quite popular. So maybe it’d be nice if From made that accessibility available to some degree to console players. That or stop releasing on PC for the sake of “purity”. Either/or.

Should horror movies offer alternate versions with the fear-inducing content removed so that people can appreciate the set design and costumes? The reason I ask is because that seems equivalent to wanting a FromSoft game to offer an alternate version without the challenge or “punishment”. Much like the horror elements of a horror movie, the challenge of FromSoft games seems like a core part of it’s artistic identity, and it would become a wholly different product were that element to be removed, and I suspect a far less interesting one as well.

VidAngel but for Dark Souls. Amazing. Let’s get the IPO set up.

I would love to play Sekiro because that game seems like it’s really great but I’m not going to because I’m terrible at From’s games. I played through Dark Souls 1, 2 and 3 but was only able to get through a lot of the bosses because I played co-op with a friend. I picked up Bloodborne and tried to play it but dying over and over to Gascoigne for hours without feeling like I was making any progress or getting any better is just absolutely zero fun to me.

I love those worlds. I love the stories From weaves into them. I love reading all the item descriptions and scraping every little bit of lore out of their games. But the boss fights, to me, are only ever roadblocks that prevent me from getting to the bits that I enjoy. Maybe someday I’ll pick up Sekiro on PC and just CheatEngine my way through it but I’ll need to get some serious computer upgrades before that’s an option which is why I wish there was something in the game itself.

And on the horror movie analogy: If I could stream a less-scary version of a movie does that detract from your experience watching the regular version?

This last point is a bit of an aside but I feel like a lot of the conversation around Sekiro (not necessarily here, but elsewhere around the internet) has a lot of people finding new and fun ways of saying “git gud” and it’s just so exhausting. The number of ways people are finding to tell other people to stop being bad at the game and start being good instead is just tiring.

I think the fear that games are going to be designed with a Stadia-first mentality is little too strong. First, note that they have been demoing games that exist on many other platforms already. I assume that Ubisoft and Bethesda did not extensively overhaul their games to make them work with Stadia for this to be possible. Second, it doesn’t make economic sense for developers to custom tailor their games to the Stadia architecture since that work wouldn’t pay off unless the money they make from Stadia streams vastly eclipses the money they make from traditional PC and console sales (I really do not think they will receive the same cut from Stadia as they receive on traditional sales)

A last point, which is just from my experience, I have found that Google typically produces good APIs for development that do not confine you to work in their walled-garden (in my field I occasionally have to use TensorFlow, Google’s open-source machine learning API) I’m willing to bet they are trying to design Stadia in such a way that it is relatively painless to port existing work over to their service. After all, this would be the best way to attract publishers to use their service.

I really wish Waypoint would put some links into the show notes. It is really frustrating to hear the podcast discuss a video and not be able to find out what they are talking about without spending several minutes searching for it.

Yeah, this would be a really nice addition.

For real though do not use bio sign in on a device. Just because a judge ruled they can’t force you isn’t going to stop some cop from forcing your finger to a phone and then claiming you opened it of your own free will.

If you use a password you can always forget it, you can’t forget your finger prints.

Seriously, without an additional factor, a bio sign in is just a password anyone can read, that you can never change.

About From games, and the Gascoigne fight; I’ve always maintained that an easy mode would be a lot better at teaching the game than FromSoft’s “bash your head on it until you crack the code” method. At the risk of sounding pedantic, a lot of the difficulty in From games comes from their rhythm and mechanics being obscured from the player, as well as punishing the learning process with high-cost deaths and long runs through repetitive levels (to a varying degree throughout the series).

Easy mode/cheat options are a matter of accessibility. It’s not removing the challenge from a game; it’s a ramp that lets more people into the experience. And it does nothing to the core experience of someone who wants the original challenge. So many games have this concept as a basis; why not From’s?

Sometimes, I think the line between “difficulty is part of the artistic intent” and “the exclusivity of this game makes me feel special” gets a little blurred by the fans, and not in a good way. I’ve certainly been guilty of that myself. It DOES feel good, in a vain way, to get past the line and be part of Those Who Can Play It, but it doesn’t feel as good as it would to be able to share the experience with everyone.

About From games, and the Gascoigne fight; I’ve always maintained that an easy mode would be a lot better at teaching the game than FromSoft’s “bash your head on it until you crack the code” method. At the risk of sounding pedantic, a lot of the difficulty in From games comes from their rhythm and mechanics being obscured from the player, as well as punishing the learning process with high-cost deaths and long runs through repetitive levels (to a varying degree throughout the series).

Easy Mode for a FromSoft game could just be attack signalling like Nier:Automata (or a lot of platinum games) does and it would be perfectly fine as a thing to have. You still have to learn and use your skills and reflexes, it’s just way less dependent on ambiguous windup animations with narrow frame windows. Maybe add a small reaction-delay window to the attack signal.

Sekiro kind of has this. The kanji that pops up acts as a visual cue that you need to act, but… I kind of wish the game had options to change the size/color of said kanji.

This is a really minor and dry as hell thing but setting up a custom domain for your Gmail is super easy and doesn’t require their Gsuite product. It’s built straight into Gmail and takes about 15 minutes to setup. It at least got me one call back when I was interviewing for jobs because the hiring manager thought I was running my own email server lol.

How to Use Gmail with Your Custom Domain (For Free)

People love the familiar Gmail interface, but using Gmail with your own custom domain isn’t free, and resorting to myname@gmail.org isn’t very professional. This tutorial will show you how to make Gmail send and receive email at your own custom...

SOMA did exactly this, to an extent at least, and I really appreciated it.

Basically runs true for 90% of things for me

Yes please! Does anybody have a link to the T-Rex sound they were referencing?

What irks me about the From difficulty discourse is how defensive many people get at the mere suggestion that the difficulty isn’t perfect for everyone. Something that should be obvious from the start, since just glancing at threads about the games (including Sekiro and other adjacent games like Nioh) reveals that people think they’re everything from mindbogglingly difficult, to challenging, to easy. Wow, it’s almost as if a one size fits all approach isn’t always that great!

Now, there is obviously a reason for the games being challenging, which defenders of the difficulty are quick to point out. Challenge can indeed spur you to engage with systems, set a mood for the narrative and give you a sweet release once you conquer a challenge that previously stumped you. I may not have enjoyed Ninja Gaiden on the Xbox as much if it didn’t force me to learn its systems to move on so I certainly understand this.

But difficulty isn’t absolute, it’s relative. As stated earlier, two persons can play the same game at the same difficulty but have to put in different amounts of effort to beat them. So as far as engaging with a game goes, a single and fixed difficulty can never give everyone that “designed” experience. This experience is a myth, constructed from a misguided attempt of wanting everyone to share one’s own experience with the game as a platonic ideal.

PS! I’ve seen the comparison to movies pop up several times in the few threads I’ve read about this recently, and I’d like to state that although I don’t think the two are incomparable, movies and games do challenge us in different ways. Cinematic literacy is definitely a thing you have to learn, just as playing games, but I don’t think the comparisons are straightforward.

which is a looped version of the audio sourced from this clip: 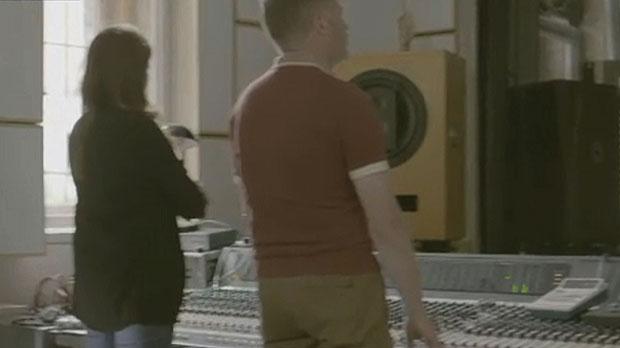 The fearsome roar of Tyrannosaurus Rex as portrayed in film has left many a cinema-goer quaking in their seat.

I’m curious if the crew’s Stadia skepticism extends to Microsoft’s streaming initiative. Is it just Google that’s making people wary or is the technology a nonstarter? Personally, I am excited at the possibility of streaming Xbox games to my phone.