I have spent an ungodly amount of time on this game for someone who has never gotten above like. Rank 15? Logging in every day to do the quests provides a nice routine, I save up enough gold to buy maybe a dozen packs when the next expansion comes out and then, as always, I get precisely Shit to build any kind of worthwhile deck. I’m more mad at myself than Blizzard for this. That said, I had enough dust to craft the Shaman quest this time around and it’s a lot of fun. With ~1300 gold, I’m thinking I may just start doing arena runs because I’m getting tired of getting my ass kicked by fully loaded out netdecks at the bottom of the ladder.

There’s a Chinese tournament which Firebat is commentating on where the top prize is… a Ferrari? The production value is high; pop-ups showing percentage chance for a drawing a specific card, a counter for spells in Yogg decks (though this feature is arguably a year late). It’s put me on to wondering about how much stuff is a pain in the ass when it comes to spectating a professional match.

These points could be considered relatively minor, but they seem like weird things that studios should have to find workarounds for if Blizzard want this to be taken seriously as a competitive spectator sport. I’d love to hear/read from people experienced with Unity on its strength and limitations on a project of this scale, but I guess there’s probably management/business issues as well? video games

It’s a hell of a game I have spent far too much money on it but I just can’t help myself. I really like the meta right now because it seems like there are viable options withing each class, with maybe Warlock seeming like it’s struggling a bit.

Seeing as how they just hit 70 million players I don’t think they feel the need to fix the many minor issues with their competitive scene, or the game itself. (The game still crashes constantly for me and many others.)

People are speaking with their wallets and every expansion Blizzard seems to turn the negative opinions into positive ones. At least for a few months. Then they just release something new and repeat the cycle.

I’m part of the problem though. I’ve probably sunk over $150 on expansions since it came out and still play regularly.

Coverage of card games as competitive games is an area of particular interest to me. My primary experience is with Magic: the Gathering, where coverage has historically been awful, and progress has been very slow.

A lot of Magic’s problems are not ones that apply to Hearthstone, however (Magic boardstates can be difficult to parse at a glance, not to mention the game is much more complicated to learn, making it borderline unwatchable for inexperienced viewers). As with many things card game related, Blizzard showed up and ate Wizards of the Coast’s lunch in this area. Unfortunately they don’t really seem inclined to keep innovating on their client; the only really major addition I can think of is Tavern Brawl, and that was released, what, two years ago now?

If Blizzard actually wants Hearthstone to be a competitive game, they really gotta get their butts in gear. A tournament mode would go a really long way. Even a bare bones mode that was not made accessible to every player (require tournament organizers to apply for access, to hide the unpolished mode from your average player, and then a menu option to enter a code for the tournament) would make life so much easier for both players and TOs. Make life easier on TOs, and they are going to be much more inclined to run regular tournaments. Ideally such a mode would come with a “tournament spectating” mode for the TO account, that would reveal both players hands, discover cards, etc. automatically.

I’m not familiar with Unity at all, but I don’t doubt this is much easier to say than do. At least some word from Team 5 that such a thing was in the works would be nice, though. I worry they haven’t learned a lesson from their competitors, in particular Magic the Gathering Online. For those that don’t know, MTGO has been a burning trash fire since, oh, day one. However, people love Magic so much they will put up with the bullshit that is the client to get to play. Since they were raking in the money off such people, Wizards never had a real, immediate financial incentive to hire skilled professionals to produce a polished client (doesn’t help that the rumor is they severely underpay the digital team, so it is made up of MtG fanatics who happen to be coders, not the other way around). And then Hearthstone showed up and kicked their butts (their response was “we don’t consider Hearthstone a competitor to Magic,” which I’m still laughing about to this day). I find it embarassing for WotC that a member of the Magic the Gathering Hall of Fame, Brian Kibler, someone who used to play high level tournaments very regularly, is now a very popular Hearthstone streamer. He once famously tweeted “My advice to you is to delete Magic Online.” (The story behind that can be found here; things have gotten better since then, but not by enough) Hopefully Blizzard doesn’t make the same mistakes.

And geez, I’m apparently just going to go in on all the card game topics today.

For what it’s worth, I’ve turned into almost a 100% Arena player in Hearthstone at this point. It sounds like Blizzard is making the decisions I would like them to to bring me back to constructed, but I find Arena to be a more engaging mode, for all the nonsense you occasionally can find in it.

My beef with Constructed was always the fact that the expansions could be really irritating, like if a single card you didn’t need (but would really like) was deep into the fourth wing, it was often just “oh, write this particular deck off”.

I’m spending a long weekend at my sister’s with my phone, a tablet, and a garbage netbook I installed Mint on for some reason. All of these struggle with HS and I wonder how much better it would run if you could turn off the board decoration and fancier particle effects/animations? At its core all you need are the pictures and the numbers, a couple tweaks and options and you could hugely expand the number of devices which could play.

I’m kind of excited for this Wild tournament coming up. The Standard format has generally been good but also I want to see everything to date thrown in a competitive blender even if that means the return of Dr Boom and Sludge Belcher. 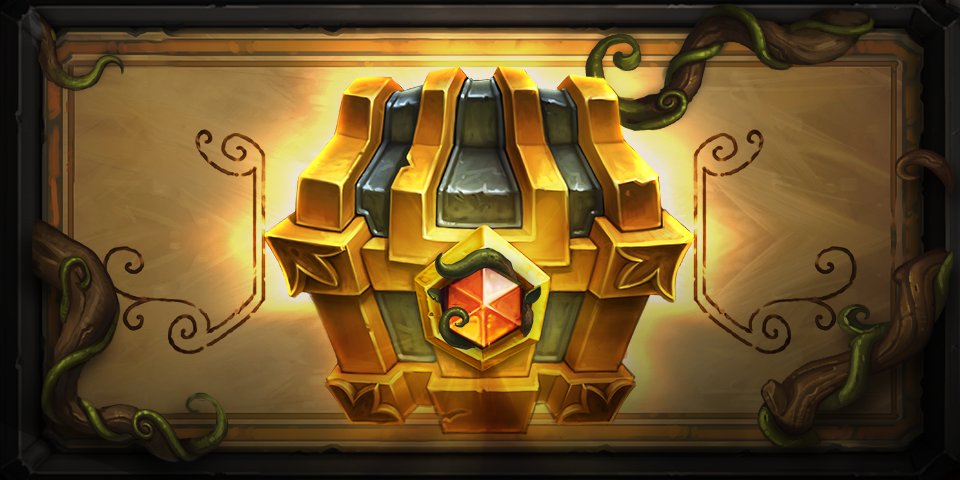 the hearthstone client was hacked together by a very small team that never expected the game to be as successful as it is. it probably needs a from the ground up overhaul. but that’s a big investment of both time and money. they’ll eventually get around to fixing the client. I can’t be too mad at them because the meta hasn’t been this good since beta.

It will be really interesting to see how the meta develops with a whole extra expansion each year. I know there has been a lot of people bemoaning the cost of the game, but I think the number of cards will be better for the health of the game in the long term. Un’goro has shown they can make a full expansion with limited filler and niche cards that have their place in certain decks. Although it’s gonna be a tough pill to swallow to have a whole new expansion coming rather then just dropping the $25 on an adventure.

that’s why the upcoming pack changes are important. they’ll soften the blow a lot.