At its core, the Hitman experience is attractive because of its simplicity. You, acting as the contract killer Agent 47, go to an interesting location to kill one or more people. There are many ways of locating these targets, getting to them, and then committing the deed. You might need to trade disguises or create distractions. You can wander through the environment to find the right hazards or create the perfect accident, or you could be more brutal about it. Then you have to leave.

This is a companion discussion topic for the original entry at https://www.vice.com/en_us/article/dy85gm/hitman-3-review
1 Like
DarthTythus January 19, 2021, 2:02pm #2 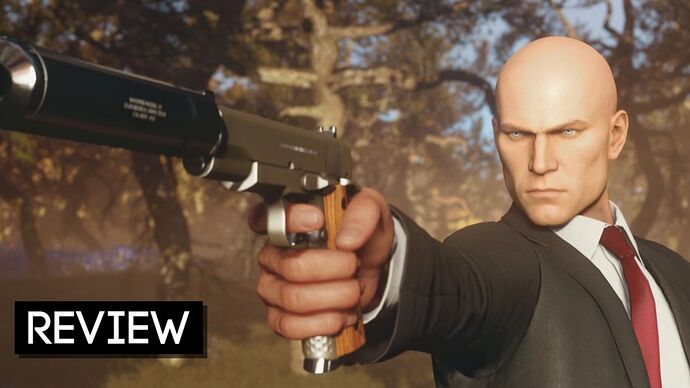 Hitman 3 made me care more about its plot than crafting the perfect murder. The narrative, which I usually see as a flimsy excuse to play dress-up and cause globe-spanning mayhem, bleeds into the structure of its levels and creates some unexpected...

A counterpoint from Riley over at Kotaku

Can’t say I was expecting this. I can understand why they’d feel a need to lean into the overarching story, but that had never been the appeal, and it seems weird to me they’re trying to suddenly push it?

Maybe I’ll enjoy everything so much more by the time I do each of these levels five or six times and the actual story is far back in my memory, buried by how many ways I can use grapes to decimate my enemies.

This is my hope too. I am definitely still very excited for the game if only because I’ve always felt the first time through a map is a bit of a slog. The fun is in coming back again.

(Kinda makes me wish this was being released in episodes)

Kinda like Doom: Eternal, where the reviews of Doom (2016) all praised the story but then Eternal pushed it way too far. I mean, I like the story of Hitman, but I like it as it is presented: minimalist conspiracy at the edges of a travelogue.

I was actually thinking about the exact same thing about this game vs DOOM! It’s like, I enjoy Hitman 1+2’s story because it’s out of the way if I want it to be, and if I wanted to dig a bit deeper, I could. Also why I didn’t like playing Colorado in Hitman 1 as much as the other levels cause it shoehorned in some story bit you need to do before leaving every time.

I’ll be interested to see how it all pans out for myself. I can’t say it’s particularly surprising to me that they are leaning more into the story. They’ve said said this is the culmination of their trilogy, and while the story from the first game was only vaguely there in the background (and I think was the one aspect that was hurt by the episodic structure), it definitely was brought more into the foreground in Hitman 2, particularly with the final mission (which is one of my favorite of the series, so far). I can see how that increased focus on the story would turn folks off though if they’re more interested in the Inspector Clouseau-style silly shenanigans you can get up to in the levels (though I’m confident that stuff is still there, but just may need more repeated playthroughs to unearth).

I’m a weird Hitman fan because my introduction to the series was through Absolution, which is perhaps the most story focused Hitman game ever. And while I’m not going to argue that that game’s story was good, it did propel me forward in a way that Hitman 2016 really didn’t.

I think the new Hitman trilogy is built for the sandbox fans, and I do think that’s a good thing overall, if only for the amazing Giant Bomb videos. But for me as a very objective oriented player, it was way too easy for me to get the easy kill and move on to the next level. Perhaps Hitman 3’s story emphasis was put in place for players like me?

Something I’ve seen a lot of on Twitter in replies to IO’s tweets is pre Hitman 2016 fans asking if the new game is a return to the story focus of earlier titles, so I guess this change is something a subset of fans have been asking for.

Also I’ve heard it’s been hard to attract players to these games because they ask you to engage with them in a way that AAA games just don’t anymore. If they can get their foot in the door with more linear first playthroughs of levels, maybe they’ll pick up some new players. The levels in Hitman 2 had much more guided mission stories than the first game, so this sounds like an extension of that.

But for me as a very objective oriented player, it was way too easy for me to get the easy kill and move on to the next level. Perhaps Hitman 3’s story emphasis was put in place for players like me?

I didn’t consider this enough and that’s a damn good point. For what it’s worth, my first introduction to the game was Absolution as well, but I’m definitely less objective oriented and my thought was “why not just give me the big levels and less of the linear stuff?” (though to it’s credit, I think it’s underrated in how good the linear parts of the game actually were - it was good stealthing).

Also I’ve heard it’s been hard to attract players to these games because they ask you to engage with them in a way that AAA games just don’t anymore. If they can get their foot in the door with more linear first playthroughs of levels, maybe they’ll pick up some new players.

Thinking about it this way and as Navster mentioned, y’all opened my eyes a bit to why these change might have been made, and hell, if creating a more linear playthrough and throughline for the first playthrough makes for ultimately a more approachable game for more people, that’s a good thing! Even if I just want to power through that stuff as quick as possible and get to sandboxing

I haven’t played the modern Hitmans, but the first two games in the series were pretty story-oriented as well, as I recall. I’m guessing the modern ones moved away from that? (IMO, not a big loss, since the story of Hitman was never particularly good.)

I’m so curious what the real difference here is between this and Hitman 2, which had very extensive cutscenes and at least two missions I can think of off the top of my head that focus in on objectives specific to the ongoing story. I feel like I’m just gonna have to play to find out.

I’m excited as heck for the game and none of the reviews are totally panning it, so, looking forward to doing some hitting.

Yes and no. I’m the inverse, in that the modern Hitman games are the only ones I’ve played, but the first two games definitely had a story. The issue was that the first one was really hurt by the episodic format (at least as far as telling a cohesive story, I believe it helped the game in a lot of other ways as far as encouraging people to fully explore every map). They had some highly polished cutscenes before and after each mission which was full of mystery and intrigue, but it’s hard to keep attention on those little morsels of story when it was somewhere between 5-7 weeks between episodes (and I think there was even a 12-week gap where they released a couple of remix maps between episodes 3 and 4).

Hitman 2 definitely brought the story more to the front, even if it wasn’t as slickly produced (a lot more reliance on still shots with voiceovers rather than fully animated cutscenes). I’ve of the opinion that the story in these games has been pretty interesting, it’s just that it’s often overshadowed by how great the clockwork machines that these levels are, and the ways you can poke and prod at them in really compelling ways. 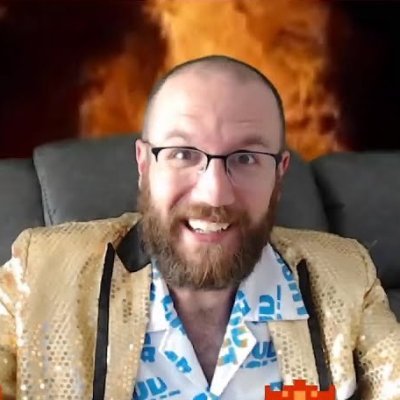 I see all these Hitman 3 reviews that are like "the thing that will enrapture you the most is the NARRATIVE," but I'm pretty sure it's still gonna be a mission where I dress up like Gritty and blow a target off a cliff with a fart cannon or something.

To be honest I don’t really understand the criticism here. Are the levels not the sandboxes they were in the previous games? I guess I don’t see why more elaborate cutscenes and narration would take so much away.

I’ve been avoiding most Hitman 3 coverage because I know exactly where I stand on this iteration of the series (I absolutely love it) and I don’t even know how IO could muck it up at this point. I’m just here to say that the messaging around the switch to Epic store exclusivity on PC has been bafflingly awful, and now that I’m actually trying to carry my Hitman 2 progress over to Hitman 3 it’s actually even worse than I expected. Right now the site just straight up does not work, and the game heavily suggests that you shouldn’t start the Hitman 3 campaign until you bring your unlocks from the previous campaign over. I really cannot stress how little I usually care about which storefront I buy a game on, but the entire process here is so bad if forces you to care. The worst part is that I know there will be a Steam version in a year, and all else being equal that’s the version I’d rather have today. 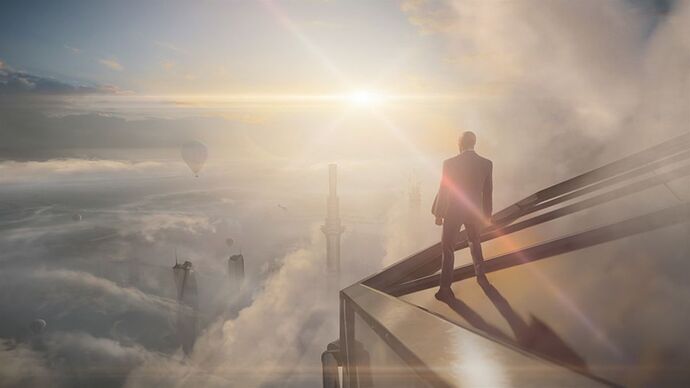 Hitman 3, out today for pretty much all of the platforms, sees Agent 47 continue his spree of heinous crimes, including murder and travel journalism. Like the previous entry in IO Interactive’s sumptuous Savile Row simulator, you can import levels...

Nice guide for getting your data and levels.

If they can get their foot in the door with more linear first playthroughs of levels, maybe they’ll pick up some new players.

Ah, the old “draw in new players on the last game in a trilogy” move. It worked so well for Mass Effect 3 and it’s CoD turret sequences.

Played through 4 levels yesterday, and I definitely understand Cameron’s position better now. Level 4 basically forces you into a situation once you have completed its objectives. I’m not sure if changing your disguise would solve the issue. I think that’s going to happen each time you replay the (main story) level, which is unfortunate.

I’m only two levels in (the Burj not-Khalifa and the murder mystery) but so far I’m not getting the issue here at all. Feels perfectly in line with the trilogy in terms of sandbox level design and AI. The cutscenes are longer between missions and there’s more story-based narration at the start and end of levels but once you get going it’s very much in line with what 2016 established.

My guess is this comes down to playstyle: my first time through a level, I always play on Master difficulty, so I don’t have access to mission story guides and only a single save. I take it super slow and try to do MS as I discover them naturally, but there are no UI clues or highlights.