It’s not easy to talk about games after a tragedy, but these ones made us smile.

This is a companion discussion topic for the original entry at https://waypoint.vice.com/en_us/article/evpqjm/its-golf-story-gay-baseball-and-forza-motorsport-7-on-waypoint-radio
1 Like
munderwood October 3, 2017, 2:19am #2

Similar to Austin’s suggestion (as in, I heard the question and immediately went to this thread to post before I heard his answer), I 100% want a video game inspired by Janelle Monae’s ArchAndroid. Maybe Deus Ex-y or a Mass Effect-ish game but more focused on RP than combat.

I’m hoping we see more Afro-Futurism in general in games, though I imagine there are some small indies already using that sub-genre aesthetic that I haven’t heard about. Fingers crossed that the Afro-Futurist tech of Wakanda in the Black Panther movie makes this all a bit more likely.

What about for y’all?

Just a bit of a counterpoint to the praise for Forza Motorsport 7, getting it right with invisible swapping in and out of detail levels to maintain a perfect 60fps on PC…

When it goes wrong, it is going very wrong right now. Seems like it unloads things like ground textures, some of the details around the track, etc and then doesn’t always load in the replacement lower quality bits. Which makes the game somewhat more challenging than it would be otherwise. After tweaking the game to disable the Dynamic options in a few key areas (like textures), everything has been a lot more playable.

I think the points where all the glass, light tints, and rims teleported forward a few feet is an unrelated (rare) bug, but that also gave the game a touch more challenge in cockpit view (not unlike the flashes of light Rob experienced under street lighting but maybe not as intentional in the part of the devs).

I want a fast paced beat 'em up based on Apocalipstick by Cherry Glazerr. Bright, obnoxious, and young and I want to be able to play sloppy and just get all my frustrations out and not have to think about the world for a few minutes…

This is a fantastic hellscape.

where can i find this gay baseball vn? I searched around a bit but was unable to find it and i’m very interested 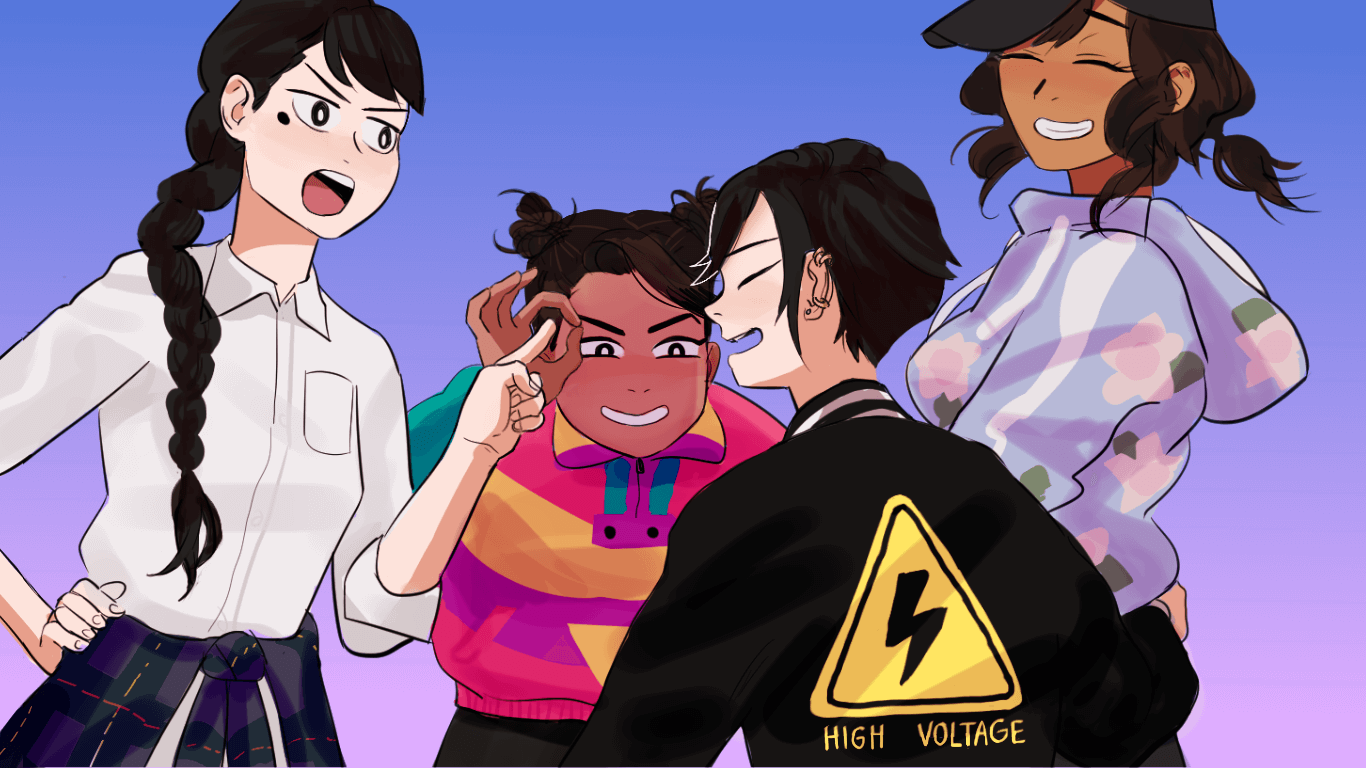 One thing I would like to say, is that the worst behavior from waypointers, in terms of shouting, cursing, whatever Patrick doing occasionally, is during PUBG streams. Is that game actually draws out bad stuff from people, or they think they need to play it on TV, because that’s how gaming culture supposed to look like (adrenaline talking), I don’t know, but something is there.

Maybe not now, not immediately after Vegas, but I do believe that industry as a whole (players, journalist and developers) is way overdue on talking about this.

Now you can throw heavy and sharp objects at me.

oh wow i extremely misheard the name of this game. I thought it was called “scoop” for some reason. That’ll teach me to listen to a podcast outside where there are other noises

Oh man, as an Aussie, hearing Austin say “sucked in” made me laugh so much, definitely needed that. Just for reference dude, sucked in is the equivalent of you got duped/played/bamboozled/dunked on/tricked into doing something, generally as a joke (say someone told you this particular beer tasted amazing, then when you drink it it’s bloody terrible, the person who got you would be all “haha sucked in!”.

Let me know if there’s any other Aussie slang that comes up, I love hearing when other nationalities completely miss what our weird language means (in the same way you guys say “biscuit and gravy” whereas “biscuit” over here is generally used for crackers / baked shortbread / cookies. Still got no idea what you guys call a biscuit haha)

that album/game question got me thinking about games that have music that seems intrinsically tied to its overall aesthetic. Jet Set Radio and Katamari Damacy came to mind first, and that road got me to wanting a game based on Nujabes’ Modal Soul. i feel like it would be a walking sim but one that focuses on driving.

my joke answer is Drake’s More Life but one of those mobile games where you feed heroes to others and get their power level up.

My albums-as-games answers are Deltron 3030 as basically what Beyond Good & Evil 2 looks like it will end up becoming: a far-future space action-adventure in which you’re a scummy anarchist thief running dirty heists against corporate overlords and hiding out from intergalactic law, spending your downtime talking to and bargaining with other space creeps. Another that immediately came to mind is Janelle Monaé’s The ArchAndroid as a futuristic adventure game that would play like Zelda mixed with Deus Ex. I guess ultimately I’m right there with Austin on that Afrofuturism angle.

Also HEY did you know you can run in Golf Story by holding B?? If you haven’t made it to the caveman course, you probably haven’t been forced to figure this out yet. I swear the controls screen doesn’t show you this, and I played the entire first area without knowing about it!

Fellow Aussie here @Lawnch, what the Yanks call a biscuit is kinda like a buttery scone. Goes better with gravy than a Tim Tam

and all the character art would be done by Daniel Isles.

I really enjoyed Golf Story, right up until I finished it and noticed something in the Lurker Valley (“cavemen” area is how people describe it) music. In Lurkey Valley there seems to occasionally be a didgeridoo in the music. Which is all fine and good, but when at the end of the game it’s revealed that The map you are playing in is the Australian continent, with a couple of specific references such as Queensland being the beach area, and melbourne + tasmania being the cold area. It makes me wonder if there’s some racism towards Indigenous Australians going on. Maybe I’m reading too much into it, but given the state of casual racism in this country it stuck out to me a bit.

Wow, of all the things it could be, a scone-a-like was not what I expected! Honestly though, that still sounds a bit gross.