The time has come (November 7th, to be exact). Worlds is over, SKT T1’s empire has fallen, Faker is now a mere mortal, and the preseason patch is upon us. For those of you who do not follow League closely (which I will be assuming is most of you), Preseason is when the big changes drop. Resources and the economy undergo seismic shift. Jungling is redesigned (again). Entire new objectives are dropped into the game. But this year is different. This year, they have eliminated one of the largest currency sinks in the game, and along with it one of the most annoying obstacles new players must face before they “get good”. 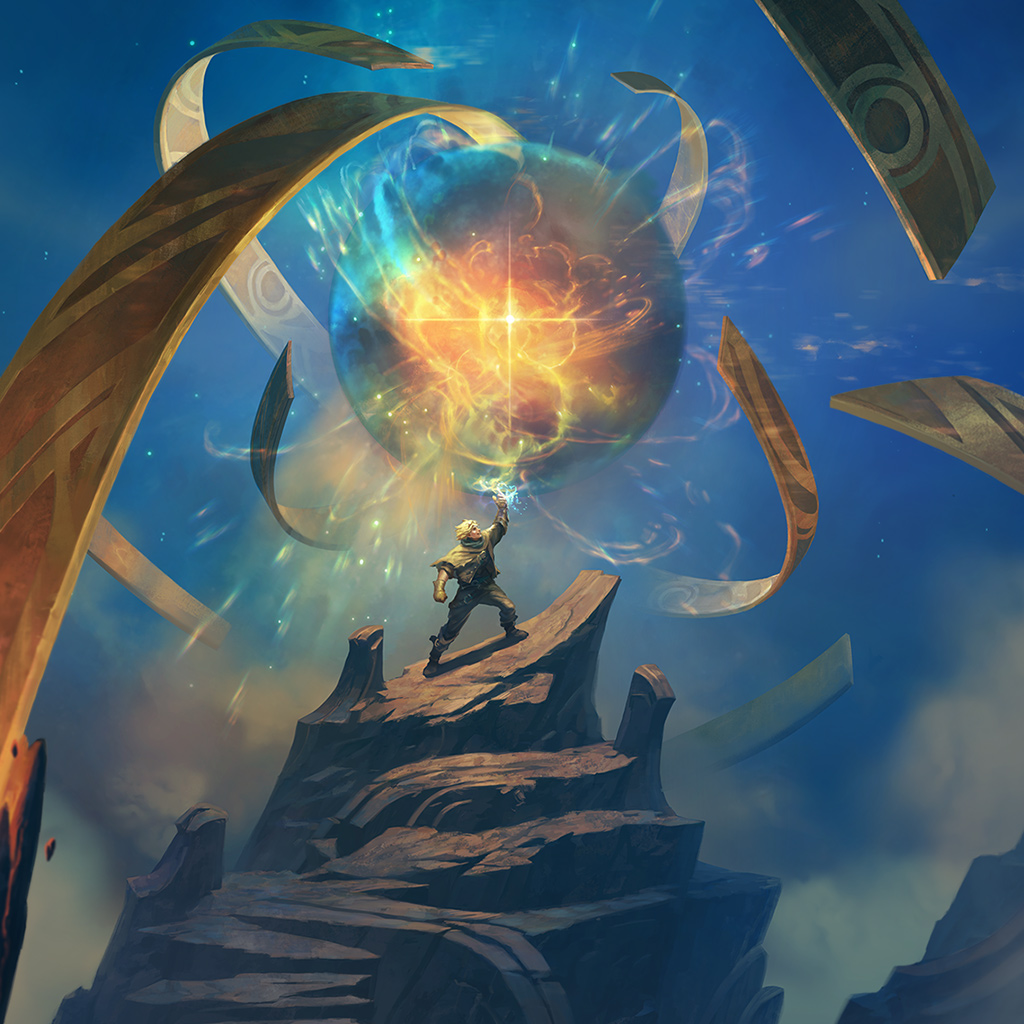 TL;DR: For the past 7 years, give or take, there were two bits of character customization tied heavily to player progression: Masteries, which were basically like Vanilla WoW talents (30 points to toss into marginal upgrades with maybe 2 or 3 big alterations you were aiming for), and Runes, marginal stat upgrade tokens you slotted into a 33-slot “Page” for what ended up being a near-mandatory bump to your early game stats which were invaluable at level 1, but practically pointless at 15 minutes.

The problems being A) Mastery Points were tied to account progression, meaning your first month or two was a slow grind just to reach parity with “real” players and B) Runes (and Rune Pages) were bought with the same free currency that was used to buy new characters. Once again, grinding.

But now, with the end of season 7 and the sweeping changes for Preseason 8, Riot is simplifying these two separate systems into one short, discrete talent tree reminiscent of later versions of WoW. Pick a primary focus (One Major Rune, three Lesser runes), a secondary (synergy bonus and two more Lesser runes), and you’re done. No planning your next 3 days of earnings around getting just the right amount of scaling magic resist tokens or HP quints. Everything about it is open from the second you start. No grind, no microtransactions, no calculators and spreadsheets for the “perfect” early game. All characters are even getting starting attribute tweaks to get rid of any weaknesses caused by ripping these extra stats out, so you will not even notice their absence. If you want to try it out, there’s even a builder tool in the article linked earlier.

What I’m trying to say is, there has never been a better time to get started.

Now I am by no means an expert myself, but I figured a recruitment drive was in order to see if any other Waypointers are interested. Clubs are simple enough to set up in-game if enough people come onboard, but for the time being organization efforts are best left here and in the Discord.

Viana.png1256×717 1.21 MB
Come to Runeterra! We’ve got robot fists! Goth girlfriends! And about 130-odd other characters I care nothing about!

A few quick & dirty resources for those willing to take the plunge (Note that some of these may be out of date, but essentials are essentials, and a quick wiki search can work wonders)

Kotaku.com - Beginner’s Tips For Playing League of Legends - I am not lying when I say that Yannick’s League reporting (before he left journalism for greener pastures at Blizzard) is one third of why I eventually picked up this game (the other two thirds being Vi and the DJ Sona skin)

Mobafire’s “Essentials” Guide - Once again, I am by no means an expert, but mobafire seems to be a competent enough site for learning general strategy around champions. For all you older MOBA types, consider this page to be the equivalent of Welcome To Dota, You Suck.

Lolking, Pro Builds and Champion.gg - Once again, more “guide” sites. Consider Lolking a marginal improvement over Mobafire’s layout (and with a 3D model viewer if you ever decide to start buying skins), while the latter two are more of a data collecting tool that scrapes ranked match results to give you a view of where The Meta is currently at.
NOTE: Do not let winrates fool you. Play whoever the heck you want (as long as it is not Teemo. Or Riven. Maybe avoid Draven too, he’s got a reputation.)

The Rift Herald - Yes, this is primarily a news site, but they are pretty handy about creating quick & dirty day one guides for new champions & systems if you absolutely, positively need a touchstone now.

If anyone else has anything handy, feel free to chip in.

I have been trying to get back into League after falling off about the time Bard and Tom Kench came around but haven’t had any luck keeping up. Maybe this preseason I can catch up on support meta and get good again! I had played a bunch of Nami, Leona, and Thresh when I was playing a bunch. I have Lulu now who I’ve heard is really good but maybe due for a nerf soon. Also, maybe playing with this community could help me avoid the toxicity of League that turned me off after finishing college and not having roommates to play with.

IMO the most effective way to start playing is to do just that! Find some fine folks who already know the game well and have the patience to explain things as you go along. (e.g. LoL NA role on discord) There’s an infinite amount of stuff you could read about, but most of it won’t matter for a long time. Just find a character that’s fun to play and start getting comfortable with how the game plays!

I used to play and write about LoL (pre-LCS through Season 3) but have been out of the scene for several years now. This is the first thing they have done that has made me interested in potentially playing the game again. The limited pool of champions was one thing, but the Rune system was actually one of the most restrictive and confusing systems for new players. Glad to see Riot has made this change.

If there’s a LoL subcommunity to be had/made lurking inside the greater Waypoint structure, that would be fascinating.

As someone that’s been studying and playing the game since it was released, League of Legends isn’t so much a game as the sport I play and keep track of. It’s more than a source of entertainment at this point, it’s just a part of my life now, which is a thing lots more people can say about physical sports like Football than a video game.

As a low gold tier support main, I’m not some amazing expert that people should really want to learn from, but maybe I can share that vested level of caring about how the game works or something?

Where should I poke around later? Is there a LoL LFG channel on the Waypoint Discord? If so, how does one join it? (I seem to recall that the Discord recently became something other than open invite, right?)

There is no specific League channel on the Discord as of yet, but the “eSports and MOBAs” channel is usually LoL, SC2, Overwatch or Heroes of the Storm 90% of the time (with Dota chat being so overwhelming it was split off into another channel entirely). And yes, as mentioned earlier there a role tag you can join (instructions handily posted just below the Rules channel everyone sees upon logging in) so anyone looking for a pickup team can send out a mass ping. It may not be much as of now, but I am not sure if there was ever a mass interest check among Waypointers since the forums launched.

I used to play this a ton for about three or four years and still have enough IP banked to buy new champions when they drop.

I did have full rune sets of almost anything, is there any sort of compensation they’ll be offering those people who own runes?

Short answer: Yes, players that have a lot of runes and rune pages will be getting some goodies!

Long answer: Runes that you bought this season before they announced all this will be refunded in full, with the Influence Points being converted to Blue Essence alongside any of your standing account IP. You’ll be getting 100 Blue Essence for each regular Tier 3 rune on your account, and 300 BE for each T3 Quintessence. Rune pages bought with IP will kick back 1500 BE each, and for rune pages you bought with Riot Points, you’ll get 1 epic skin for a champion you own for every 4 pages, rounded up. Your pages aren’t going away, but they’re also not quite as useful in the new system where you’re allowed to edit your runes more easily.

The Runes Reforged system itself may have iterated beyond this devlog a bit, but:

If you want to do the legwork of calculating what you’ll get before the patch: 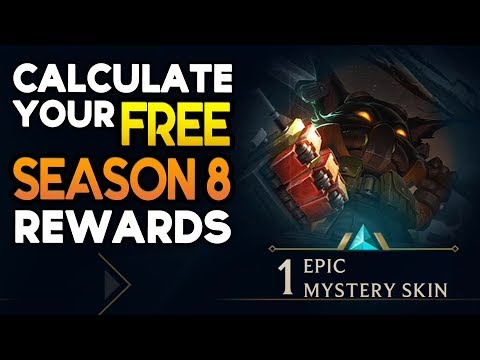 With Season 8, all of our IP & Blue Essence will be combined into one Single Currency. After which, a special shop will be open for those who have MASSIVE amounts of the new Currency (would rather refer to it as IP, that won't change for me...


In general, I think this upcoming preseason is the closest we’re going to get to a “good” time to begin or resume playing a game with 138 classes to learn. The meta will be an essentially clean slate and the playing field is going to be perceptually more level than it has been in years.
huntsoda November 8, 2017, 5:17am #10

I have been playing a ton recently with my brother, and I’m very excited for season 8! I haven’t been ranked since Season 4 (maybe?) but I play ADC and Mid (and Urgot, he’s bah-roken). Would love to hop in the queue with people from here!

Well, the big day’s here and nobody else has volunteered to start the club, so I guess it’s all on me. Looking for name suggestions and tags (I think the limit is 5 characters?), all suggestions welcome.

Also, as always, the Waypoint Discord is open if anyone wants to organize a few quick pub matches in there.

I saw some discussion on the discord and went ahead and made a waypoint club for League!

The name is Love is the Way [POINT], add and message me at LemonFlavoredTea to get an invite!

Looking forward to playing with you all.

If anyone wants someone to help them learn the ropes for LoL, I’ve got a lot of experience teaching the ins and outs of LoL. Doesn’t matter how new you are or how many times you die, I’m cool with chatting and helping you figure out how to be a better player. Send me a pm here or add me on LoL as “Best Pie NA”. I’m also Perez on the Waypoint Discord!