Really excited to see what comes of this. Wandavision in particular looks super interesting, but I’m on board for all the rest. TV just seems like a better fit for the serialized storytelling of comics than movies (and I’d still consider myself an MCU fan). It’s a bummer we didn’t get much this year but I can’t wait to see Phase 4 commence for real.

Also, re:Kamala, she’s one of Marvel’s most interesting new characters and I can’t wait to see her mainstream debut. The Avengers game tells a great Kamala story if you want to see a non-comic version of the character.

Marvel is at its best when it gets weird.

Thor Ragnarok and Guardians are some of the best because of that.

While some of the best MCU films came in Phase Three, I also definitely fell off. I still haven’t even watched Avengers: Endgame or Spider-Man: Far From Home, and I ended up just watching Captain Marvel on handycam.

But the idea that we’re going to deal with the multiverse - What If…?, Doctor Strange 2, WandaVision, Spider-Man but with Molina Doc Oc and Andrew Garfield and whatnot, time travel Loki? - is extremely neat and probably enough to make me watch at least a few of these. I don’t think it’ll be as good as Into the Spiderverse, or explore half as many interesting possibilities some of the comics have. But it’s neat.

So is this new Kamala thing set in the greater Marvel TV/Film Universe?

I’m pretty sure all the Disney+ Marvel shows are MCU cannon (minus alt-universe stuff like What-If I suppose).

I’m interested in WandaVision because out of any of the MCU output, it gives me the biggest comic book arc vibes. Also it looks like it’s swinging for a similar energy to Walta and King’s run on the Vision comic, but I hope they don’t touch any of the shitty hamfisted racism stuff from it. I have to re-read that run because in retrospect it feels like it might be following the “this is what good comic writing is like” playbook in the same way a lot of TV shows go for a prestige style without the substance.

Aside from that, I’m excited for Gorr the God Butcher to be in Thor because that’s a fun storyline, and I’m curious to see how seriously it’s played with Taika Waititi at the helm.

So is this new Kamala thing set in the greater Marvel TV/Film Universe?

I think she’s confirmed to be in the next Captain Marvel movie.

I kind of… lost interest in the MCU after Endgame? Like the story that I’d invested so much or my life into had concluded (in a way I found really satisfying) and I think, for me, that was what I wanted from it. But the thing that would get me to watch is definitely stuff like What If…? where it’s self-contained and not part of some huge overarching arc.

I still haven’t seen Captain Marvel or Far From Home because my interest is waned.

But I’ll still watch Winter Soldier over and over again.

Best Marvel Movie come at me.

I always felt like a lot of the MCU could work better as TV shows than as movies so I’m excited by them going this route. Especially since they’re no longer limited by each and every one of these needing to be a big blockbuster.

This 2020 year break from the MCU might be exactly what I needed. I was so sick of this whole thing last when watching Spider-Man Far From Home. It felt so… pointless. Why am I here? What about this story was so important I had to leave home and go to a theater? Nothing. This is the least memorable episode of a season of television made into a two hour movie.

Or again, maybe TV is where all this belongs.

What-If is…canon-adjacent? Jeffrey Wright plays The Watcher, who has a view of various timelines and realities and whatnot (I haven’t read comics in a while), so while the various episodes of What-If aren’t necessarily going to be canon, Jeffrey Wright as The Watcher is cannon.

It’s looking like the MCU in general is heading into doing multiverse stuff so yeah, in a way What If will be canon in that the stories are all alternate universes. I can imagine The Watcher popping up in other MCU stuff as well.

I’m genuinely curious about what the heck is going on with the 4 hour cut of Justice League. 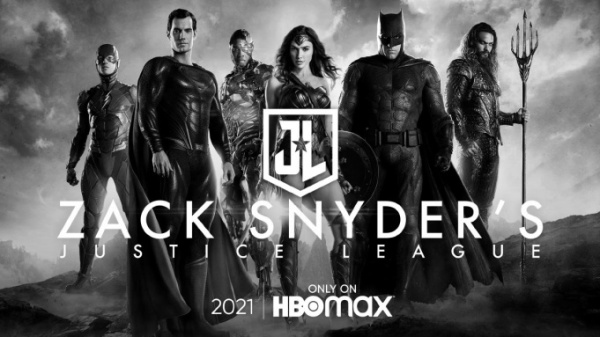 Zack Snyder’s upcoming new cut of Justice League has changed so much, he believes the four-hour opus will be rated R. “The movie is insane and so epic and is probably rated R — thatR…

This is literally a South Park episode

Hot take: the first Captain America is the best of that trilogy. Just a fun pulpy throwback war movie that gets at the inherent goodness of Steve Rogers. Plus, it’s got Stanley Tucci being the best German scientist dad, Hayley Atwell being an utter badass, and of course the Star Spangled Man With A Plan himself:

Loving every single one of those trailers. If you would have told smol kitty about any of this when I was, like, 15 or something, I would absolutely not have believed any of it.

What If…? might be my secret favorite of the bunch, but everything just seems to be so… great. Now gimme that Moon Knight trailer please thanks.

I don’t remember where the other thread went but I just got back from Wakanda Forever.

I had said when the trailer came out that Wakanda Forever looked like a $200 million funeral for Chadwick Boseman and that’s exactly what it is. As such, it’s totally a pastiche of very somber meditations on grief and the more Black Panther-esque anti-colonialism.

Also much like a funeral, Boseman’s absence is keenly felt. The only person in the Black Panther-verse who has anything like the charisma and presence of Boseman is Michael B. Jordan, and Killmonger didn’t survive the last movie. Everybody’s kinda left to pick up the pieces. It’s a good movie! But I did feel like I walked out of a funeral: felt…better, perhaps, but not happy.

The other thread is here! MCU Phase 4 Discussion - #632 by Korlis

I’m not sure I’ll see Black Panther before it goes to Disney+, so I’m not going to have anything to add to it for a month and a half or two. I hear Tenoch Huerta kills it as Namor though!

That he does. Most of this movie’s anti-colonial message is rooted in the people of Talokan and Huerta is their chief representative.