Navy Returns to Twitch, But You Can't Ask About War Crimes in Chat

After six months offline, the U.S. Navy has returned to streaming video games. On March 1, the Navy’s Twitch page streamed for a little more than an hour and it was a different kind of video than it had produced in the past. Emotes were allowed but chat was blocked, the feed was slickly produced and hosted by non-Navy personnel, and the team was all women.

This is a companion discussion topic for the original entry at https://www.vice.com/en_us/article/akdpp5/navy-returns-to-twitch-but-you-cant-ask-about-war-crimes-in-chat
jackissocool March 3, 2021, 6:32pm #2

We desperately need legislation that rethinks how exactly the military can recruit. 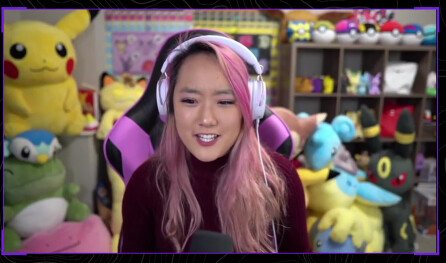 There’s something kind of sinister about having an interviewer with a room full of Pokemon stuffed animals decor doing a recruitment advert. I have to wonder if Nintendo/GameFreak/The Pokemon Company know that their IP is being used in this way? If it was me I would be outraged if I spent a lot of time building up a family friendly brand to then have the US military co-opt it.

I have to wonder if Nintendo/GameFreak/The Pokemon Company know that their IP is being used in this way?

how many times do we have to teach you this lesson, military-industrial complex?

morbidly curious if all those pokemon plushies were taxpayer funded. they probably were huh

The e-girl/military recruiter hybrid may be the most cursed thing to have been done on the regular Internet thus far. I hate it.

“You can’t ask about war crimes in chat.”

This is a challenge. Gamers will rise to meet it.

I feel Some Kind of Way about the military holding a esports/recruitment event with a $100,000 prize pool, also. There’s a lot of unethical packed into everything about all of it, but there’s something evil about the government giving out prizes for being good at their propaganda game. A little ‘healthcare pls’ and a little ‘how long before this is literally giving people a monetary incentive to be propagandised’.

So it turns out there is a US government website for public information of spending. You might be able to get itemized lists out of it but I’m not sure. However what I will say is I did a quick search for Pokemon and learned that

Putting in the word “esport” gets you some real interesting results like this contract to McCann for $499,298 for " ESPORTS STRATEGY CREATIVE DEVELOPMENT" and $88,756 contract to MSSI LTD for “ESPORTS EQUIPMENT” .

We live in the dumbest sci-fi future

I’m really disappointed with this person. She is a regular on the competitive Pokemon circuit. She is basically a Pokemon employee since she does commentary for them at basically every event. I think a lot of young girls especially look up to her (she did commentary over that 7 year old girl who won the juniors championship) so her suddenly being the face of an imperial war machine really sucks.

Wait, so she isn’t even in the military and just sold out?