This sounds like so much fun! Looks like the first game is full but I’d love to be a part of a second game if that works out!

Depending on what others think, even with current numbers we could run 2 games of 3 people each! (in separate threads, to avoid confusion

That’s a fun idea. My first thought for the Organization, then, would be something like:

An association of agents, founded and funded by parties unknown, who discreetly watch over scenes of festivity where disturbances may arise. They have been rumored to appear as bouncers, attendant elves, food cart operators, magicians’ assistants, waiters, and costumed mascots. It is said they can be, if not recognized, then perhaps vaguely indicated by their smiles, which are always held a moment too long to be reassuring.

That’s just a first sketch, of course; I’m totally open to other ideas.

I’ll attempt a spin on this. I love the Settings idea of something weird happening at a very mundane and “fake” festivity scene but I’d like the Organization to be a super serious one so we can work with contrast? Maybe it’s not an organization that only supervives scenes of festivity but overall occourrences of the word magic in the world because sometimes, and only sometimes, invoking magic actually does something? They could be an extremely overworked organization, constantly trying to triage and prioritize new possible threats because everything is magic in our world.

And, of course, this:

They have been rumored to appear as bouncers, attendant elves, food cart operators, magicians’ assistants, waiters, and costumed mascots. It is said they can be, if not recognized, then perhaps vaguely indicated by their smiles, which are always held a moment too long to be reassuring.

would stil hold up perfectly.

Depending on what others think, even with current numbers we could run 2 games of 3 people each! (in separate threads, to avoid confusion

And I’m super fine splitting in two groups! (Maybe we could even split in timezones-friendly groups, so we can be slightly faster)

Good timezone point, it’s worth saying what zones we’re all from to see how that works out. I’m in BST. Also to be clear, if there are 2 games I’ll still run the mechanics on both so no-one else has to worry about that.

I love the idea of the helpers. I’m not sure how it was originally intended but I definitely read them as still being quite serious science people who might also be wearing elf ears. I was picturing a very Hitman-esque style of blending in.

The magic idea is very fun, I don’t have a proper idea for an Anomaly but it would be funny if it was being caused/accelerated by a long forgotten old Christmas single that contains 217 VMOs* in it’s 2 minute 25 second run time. Due to a mismanagement of funds, a certain Christmas Village has just a single CD, playing this song on loop for hours.

*Verbal Magic Occurences: Instances of the word “magic” either as a standalone word or as part of another word. eg. Magical, magician etc.

I’m in GMT+1, which if I understand the arcane and mysterious science of timezones correctly is the same as BST.

I’m in EST, which would be six hours behind BST, and I’m on board with both of yr takes on the Helpers–I was imagining them as being both absurd and extremely earnest about their objectives, like the Blue Rose agents in Twin Peaks.

I’m in CST, one hour behind credit. Open to whatever splitting, etc. we need to do. Hoping to grab the PDF very soon so I can look this over!

Will be back to contribute some ideas soon!

I’m PST which is GMT -8, two hours behind Mundane.

I do have an idea brewing: You know those places that pop up around Christmas, with rows and rows of Christmas trees from some farm setup to be sell on what would otherwise be a vacant lot for the rest of the year? Like the one Charlie Brown finds the sad little Christmas tree in in that holiday special. One of those but it’s a phantom Christmas tree sale… thing. It appears literally overnight and the entire business and farm is completely untraceable. The people running it, possibly don’t exist, possibly long dead. And by the morning of December 25th the whole place is gone without even pine needles left.

Also, and I know this is actually not part of the normal design of Anomaly/The Quiet Year, I’m going to force a semi-non sequitur instance of characters talking about how the soundtrack to A Charlie Brown Christmas actually slaps.

They have been rumored to appear as bouncers, attendant elves, food cart operators, magicians’ assistants, waiters, and costumed mascots. It is said they can be, if not recognized, then perhaps vaguely indicated by their smiles, which are always held a moment too long to be reassuring.

Throwing in my support for this characterizing of the organization, regardless of what we land on for its specific background and purpose. Love it.

it would be funny if it was being caused/accelerated by a long forgotten old Christmas single that contains 217 VMOs* in it’s 2 minute 25 second run time. Due to a mismanagement of funds, a certain Christmas Village has just a single CD, playing this song on loop for hours.

I’m a big fan of this too! EDIT: Just saw the Christmas tree lot idea that’s fun too, especially coming from a place where those are alllllll over this time of year.

It seems like we’ve drifted into a holidays-themed game, so along those lines, I’m gonna spitball some anomaly ideas as starting points to be developed further, not necessarily related to any previously stated ideas:

I’m just about to head to bed, so I can write a full reply tomorrow and see about hammering out how a split team could work, but for now…

slides dossier across the desk Have you ever heard of the Yule Lads?

So, using the geographical breakdown we’ve got these 2 teams:

Assuming everyone’s happy with that, my suggestion for how we do the split is that both are teams from The Helpers, investigating different anomalies in different locations. I wouldn’t worry if our games start to contradict each other in any way. That might just be some anomalous, parallel universe related, activity to look into later.

So to summarise our current ideas:

Rereading the PDF I see that population is kind of considered part of the actual Setting, so we should be thinking of the local people in those terms. We don’t need to have a separate idea of who “the population” is in the same way. The important thing is that in both cases there are local people unrelated to the Anomaly but being affected by it, and we should have an idea about who they are.

(if someone still wants to pitch something though, please do! This is just the current state of things)

We only need a broad idea on each of these, we don’t need to drill drown into too many specifics on them, because we’ll figure out things in detail as we play. We do need to decide which particular idea we want to go with (but there’s no reason we can’t bring in other unpicked ideas as play goes on).

I think we should discuss that a bit, and then if we need to run a tiebreaker I can post a poll about which idea to pick (maybe tomorrow). As always, if anyone wants to suggest or change anything said here, let me know.

Personally, I’m way into a Christmas entity trying to usurp belief for themself. What’s more powerful than one entity? The entire cadre of Yule Lads. Here’s a better link than the podcast episode I posted above: 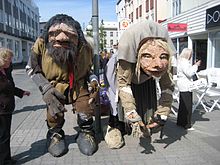 The Yule Lads[d] (sometimes named Yuletide-lads or Yulemen) are the sons of Gryla and Leppaluthi. They are a group of 13 mischievous pranksters who steal from or otherwise harass the population and all have descriptive names that convey their favorite way of harassing. They come to town one by one during the last 13 nights before Christmas (Yule). They leave small gifts in shoes that children have placed on window sills, but if the child has been disobedient they instead leave a potato in the In...

They’re basically a group of highly specific mischievous Christmas creatures in Icelandic folklore. But they want to forcibly expand their territory beyond Iceland.

Even if people would rather stick with something more known like Krampus, or invent one whole cloth, I’m still on board with this as Team East’s anamoly. (however given that it was Jonat’s idea, I think Team West should get first dibs on it if they want).

So excited to see these games play out folks.

Well, since there are a number of them…maybe we could actually have them hatching two different plots at the same time in different parts of the world?

That is extremely good, you have my vote.

Ok! Since discussion has stalled, I think it’s simplest to just take a poll. Depending on results, both teams might deal with the same anomaly in different locations, or we might be investigating different ones. I’ve made this a public poll where we’ll see who picked what, so that we can see how each team is feeling.

Even if you’re happy to just abstain from voting, please use the abstain option. I’d ideally like to get everyone’s opinion on this before we move forward.

But feel free to go to the form in the first posts if there’s anything at all you want to say anonymously about the Anomaly, this voting process or anything else.

Let the game begin! I’ve posted a new thread for us to begin the game in earnest. You can find it here:

Time for our fame of Anomaly to begin! The set up discussion can be found here, but the game begins proper here this thread. The Setting is a pop up Christmas Village and tree seller. It appears literally overnight and the entire business and farm is completely untraceable. The people running it, possibly don’t exist, possibly long dead. And by the morning of December 25th the whole place is gone without even pine needles left. Our Organisation is The Helpers. An association of agents, founded…

I’ve tried to summarise the basics of our ideas from here. Feel free to reply here or in the anonymous form if you feel something important has been left out and you want it noted.

Also, luckily Austin ran this game again for the Beastcast’s holiday game. You can listen to it here: 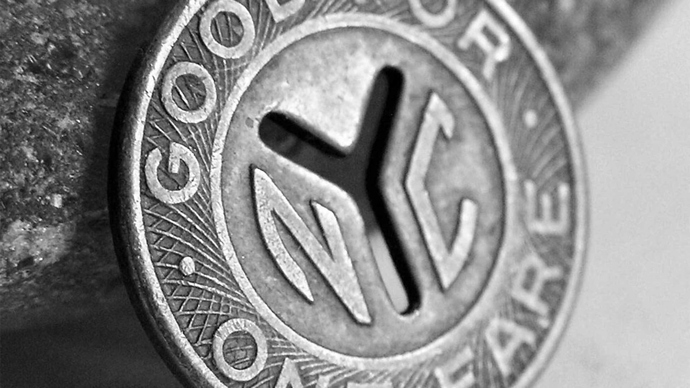 Austin Walker joins us once again for some theatre of the mind as we weave a tale of trains, missing people, and government conspiracies.