As a new-ish father, I find I have a lot of semi-downtime where I am fiddling on my phone while holding my napping son, etc. Any suggestions for Android games? Thus far, I’ve played a bunch of Topsoil, too much Pixel Dungeon, and gotten all the black coins in Mario Run.

Card Crawl is a great game that’s hard to explain but is kinda like a dungeon crawler but instead of dungeons it’s a deck of cards. It’s real good and you should try it.
There’s also a follow up from the same company called Card Thief, which is a stealth game but with cards and is equally very good.

Hoplite is the best roguelike on the platform, and honestly one of the better games in the entire genre. Thoroughly elegant design.

Oh, and Lara Croft GO is the most engaging entry in the GO series, and a fantastic game in its own right.

If you like Rick & Morty, Pocket Mortys is actually a pretty decent Pokemon clone, with Mortys from different dimensions serving as Pokemon. Jetpack Joyride is probably my favorite mobile game ever. And Knightmare Tower is one of maybe 3 good games to come out of the Ouya (with Towerfall and Neverending Nightmares, which are both on consoles now).

I agree with everything here so far, also check out Threes, You Must Build A Boat, and Dandy Dungeon. I’ve got plenty more where that came from! There’s a lot of classics that I’m sure others will suggest.

It’s RCT 1&2 with touch controls. It’s more expensive than most phone games and they do charge extra if you want to get all the expansions but it is so worth it! 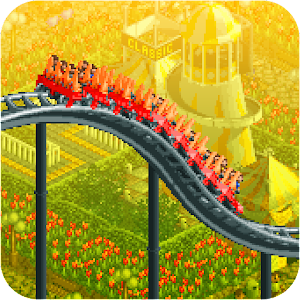 Though I typically have a penchant for gacha games (both English and Japanese android games such as Final Fantasy: Brave Exvius and School Idol Festival), I can recommend something along the likes of Plague, Inc. and Pandemic. I do happen to like Plague, Inc. more out of the two I suggested since it’s a bit dastardly in that you are not trying to save the world but actually trying to destroy it.

EDIT: With that said, here is a link to another forum thread that has loads of suggestions already in it for mobile games though may not be android specific:

I noticed there was a mobile game thread asking what people are currently playing but I need more! It’s a big bummer for me that it is difficult to find mobile games that aren’t on the storefronts so I was hoping this thread we could throw suggestions out there for people to play. Also Waypoint Wonder Waffles is a cereal for Waypoint… Just make some suggestions like follows: Card Crawl developed by Tinytouchables ![image](upload://k5WhaDfCTEXS7r291IvBnppnCUH.png) A card game that deals the play… 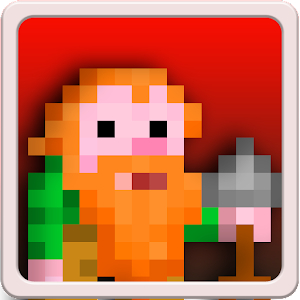 Doug is a Dwarf. Doug loves digging. Well, actually he doesn't: what he likes is to find buried treasure. Anyway, one day Doug decided to gather as much treasure from as deep under the earth as he could go. So Doug dug. And he dug. And he fought monsters and avoided massive avalanches of falling rock. And then he dug some more. And he picked up lots of bling.Now it's your turn. Help Doug dig deep down under the earth in the quest for shimmering jewels and precious gold. Go farther and deeper tha...

My favorite mobile game happens to play excellently one handed

Down well is great I’ve heard and I think you can play it with one hand. 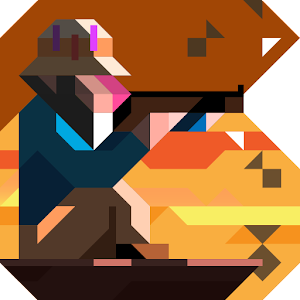 A handcrafted game about fishing with guns, chainsaws & toasters. *****Now with Google Play Game Services leaderboards and achievements!*****Follow Billy as he tries to find redemption from his uncertain past. Chase your destiny on the high seas and embark on a heroic quest for glory and gills. * Hours of gameplay across the continents including a never-ending Infinite arcade world. * Dozens of unlockables, weapons and items including popular fishing gear like the Most Expensive Hairdryer In The...

Ridiculous Fishing’s still a lot of fun, and you can definitely play it with one hand. (Tho the motion controls can be a little funky if you’re laying down, for example.)

Polytopia is quite fun if you’re into the Civlization-style game. No ads, either, which is always nice.

Blendoku and I Love Hue are both nice games about organizing colour gradient.

Various genre’s here but I have enjoyed the following this year:

Spaceplan - A clicker with decent writing that doesn’t really require you to click.
Crazy Taxi Gazillionaire - A clicker that does need clicking, but is bonkers and a lot of fun
Gems of War - Sort of a card collectable game but you can progress fine without having to spend any money
Saber’s Edge - Pirates!
Puzzles and Empires - Standard base-building, troop-levelling fare but again I find myself progressing fine without spending and can play for five minutes here and there.
Monument Valley - Old now I guess but a great puzzle game. Think the sequel should be out for Android soon-ish.
Oceanhorn - I actually got this on the Switch but it’s a port from the Mobile version. It’s Zelda-lite but I am really enjoying it after an average start so would assume the Android version is good as well.
Solitairica - Brilliant card game 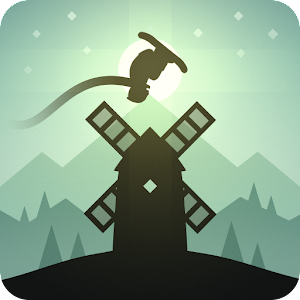 Join Alto and his friends as they embark on an endless snowboarding odyssey. Journey across the beautiful alpine hills of their native wilderness, through neighbouring villages, ancient woodlands, and long-abandoned ruins.Along the way you'll rescue runaway llamas, grind rooftops, leap over terrifying chasms and outwit the mountain elders – all while braving the ever changing elements and passage of time upon the mountain.Features:• Fluid, graceful and exhilarating physics-based gameplay• Proced...

Also, can’t go wrong with Tetris, or better yet Tetrios which IMO is the best version. Simple touch controls that don’t get in your way, offline, no ads, no complex rules (sadly no MP). Unfortunately, the author website vanished and no updates where released so if you are interested, give me a shout out and I’ll share my backup.

Simon Tatham’s Puzzles is a great set of classic puzzle games if you can get past the late 90s Java desktop applet aesthetics.

I’ve also been slowly working my way through the paid puzzles in Alcazar. Scratches a similar itch as Slitherlink puzzles, though it’s getting a little heavy on proof-by-contradiction for my tastes.

Zoo Keeper DX is one of my favorite match-3 games, built around quick play sessions and the intentional design choice to never punish you when the tile replacement algorithm generates a field without any possible matches.

Jeff Minter released a few Android ports of some of Llamasoft’s iOS arcade games as donationware.

And in the same vein, Forget-Me-Not is a rad little Pac-Man riff that’s deeper than it first appears.

Downwell is definitely a two-handed game, but it’s also one of the few mobile games I feel comfortable recommending. It’s a “videogame-ass video game” through and through. It is a run-based game centered around precise controls and development of skill and strategy. I don’t know how well it’s suited for playing while holding a child, but perhaps you can set him in your lap so you can focus on the true miracle of life that is Downwell.

Mini Metro! Great little puzzle game about transit with some very lovely procedural music. The kid might actually like the music, I find it to be very soothing.

King of Dragon Pass, aka the best game ever, is available on Android but tbh I think I wouldn’t play it on a phone, only on a tablet.

I love all the Kairosoft games, typically little shop/studio management games filled with cute pixel art and eccentric humour. They did the original Game Dev Story game years ago where you run a studio to make your own video games, then eventually consoles… I followed them since then, as their games have gradually become more complex and inventive.

They have games for everything from running a restaurant to a manga studio to a space colony to a pyramid… My fave is the one where you slowly build up a fantastic round-the-world cruise ship. 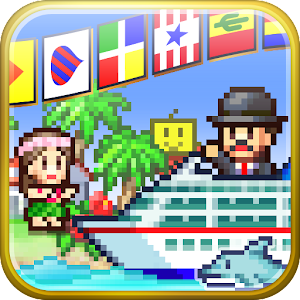 Get ready to take the helm of history's grandest, most over-the-top luxury cruise liner for an unforgettably addictive excursion at sea!Deck your own ship with everything from lavish suites and first-class restaurants to casinos and hot tubs! You call the shots as you travel the world, visiting every country on the map--even entertaining royalty with tours truly fit for kings!Put the right facilities next to each other and you'll score big points with passengers and reviewers. Amass enough fame ...