‘Strafe’ Says Fuck You to Old, Archaic Views on Gender

This chaotic ‘Doom’ throwback lets players select from anywhere they please on a gender slider.

This is a companion discussion topic for the original entry at https://waypoint.vice.com/en_us/article/strafe-says-fuck-you-to-old-archaic-views-on-gender
2 Likes
JavyGI May 11, 2017, 3:45pm #2

Nice. Kind of bummed this one is getting middling reviews but I’m going to check it out eventually. One day, when I’m not drowning in games.

This makes me super happy for so many reasons. ^^ Even if it’s just superficial, it’s at least a 2 minute option that makes a big difference for many people!

Yup. Just having a pitch slider would have been perfectly fine for making me feel a little more comfy but putting the symbols on it still means you’re gendering pitch. My voice is pretty deep but I’m not a guy, basically.

i get what they are trying to do here but having a voice pitch slider also determine your gender is a bit…hmm. 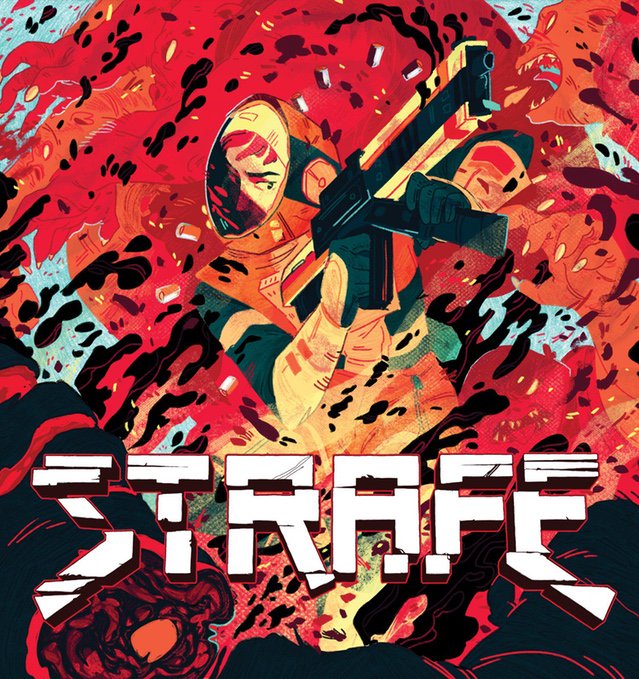 Good idea, but poor execution. It genders voice pitch and doesn’t include people who aren’t on that spectrum. Agender, Bigender, Genderqueer, etc.

would people’s preference be to have it say “Select your gender”, then a list that lets you check a box … male, female, genderqueer, male and female, no gender, then provide the voice slider thingy? what does the ultimate gender selection thing look like?

Just have the voice slider and don’t gender the player character imo. If the character is meant to be a cipher accessible to anyone of any gender then people will fill in that blank themselves. Clearly there aren’t any writing hoops in this game that they’d have to jump through to account for the player’s gender.

correlating higher-pitched voices with a gender of “female” is part of what leads trans people to feeling like we need to modulate our voice to pass IRL. and that’s so frustrating, like the more i think about it the more this choice frustrates me. i get the intent, and i appreciate it, but it’s still in a place that doesn’t work for me and my experience of gender

Whoof… I just had a flashback to every conversation I’ve ever had with trans friends who fucked their throats up trying to sound “like a girl” or “like a boy”. This isn’t as revolutionary as they think it is.

They are trying - that’s great. Representation of a gender spectrum - that’s great. Linking it to voice pitch - that’s not great. Have they done more harm than good? I can’t judge being a straight cis male. Gender is complex, and, importantly, non-binary - attempting to wrestle with it in games is good but you should be more thoughtful about it.

Personally I’m happy they at least tried something, it always helps having some choice in who or what you play. If it’s true that the pitch defines your gender however then we’re kind of back to square one.

Am I miss-remembering or did Saint’s Row 2 and 3 (haven’t played 4) let you create your character however you wanted AND pick a voice actor to voice them, regardless of the voice actor’s gender? If true it was probably implemented as more of a joke but I seem to remember appreciating it nevertheless.

I’m on this same boat of things. It’s a net positive even though it could of been thought out a bit more.

I’m willing to give the team credit since it’s something to start with that can be further refined in the future. Not to mention it might be their first try at looking for ways to show a (small) spectrum of gender without the usual “Chainmail Bikini” trope. (Also, THANK YOU for not using the Blue/Pink scale)

I think that would help in another update is to have a modifier on that scale as well. (ie, octicve/ptich up and down with the slider as well?) So that female isn’t high pitched only. Maybe add agender to the center of the slider as well to better show to the crowd that non-binary is an option too.

Overall though, I feel that not having symbols on the slider would of caused the usual issue of “They’re all dudes unless otherwise stated” problem. There are better options but this is a good start at representation without being completely problematic.

Maybe add agender to the center of the slider as well to better show to the crowd that non-binary is an option too.

i don’t know if you read like, anybody else’s posts in this thread but this is absolutely just going to make its problems worse

I think literally just removing those “gender symbols” would be a step in the right direction. uncouple the conception of a voice pitch belonging to a gender and you’ve done some good.