For years, Electronic Arts and Visceral Games have been developing an untitled Star Wars game spearheaded by Amy Hennig, a former creative lead on the Uncharted games. Though little had been shown, everything suggested a single-player-focused, story-heavy adventure that amounted to Uncharted: Star Wars. Today, EA announced it was shutting down Visceral Games and moving this project to another studio, essentially cancelling it.

This is a companion discussion topic for the original entry at https://waypoint.vice.com/en_us/article/59dn78/todays-star-wars-news-makes-the-future-of-single-player-look-very-messy
Shivoa October 17, 2017, 9:07pm #2

Lots of good threads about this around. 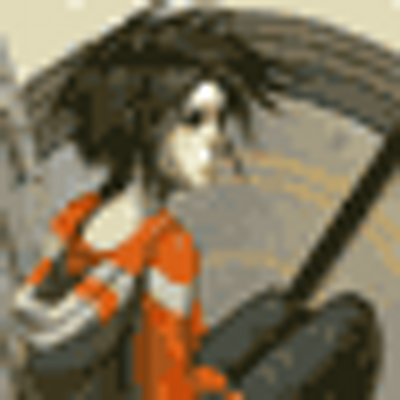 I can’t imagine playing Dead Space 3 and thinking “I want another Dead Space.”

“The most upsetting takeaway might be an uncomfortable truth: without loot boxes, or opportunistic ideas like it, maybe these games can’t exist.”

The most upsetting takeaway is that this is YOU constructing this narrative. The only reason we hear this is because of you amplifying words from Activision or EA.

To be reductionist for a second, this isn’t a case of “single-player games just don’t make as much money as they used to” so much as “single-player games don’t make as many fucktons of money as service games with extended DLC, which we need because we won’t ever dare step in and restrain the ever-expending scope of our projects because that goes contrary to the culture of video games consumerism”.

The moral of the story is, capitalism blows! Whee!

Amy Hennig is crucial to video games. She must be protected at all costs.

She has championed cinematic, writing-heavy, story-driven. single player AAA games for nearly twenty years. She is one of the few designers capable of writing the story and dialogue in games she also designs. Her games, though flawed, have maintained a consistent level of high quality, again, for nearly twenty years. She deserves far more credit than she gets. Video games need more Amy Hennig.

We cannot let EA do to Hennig what they did to Richard Garriot. If we do, the blood of single-player AAA games will cover our hands soon enough. Somebody tell me I’m wrong. Please.

I read this as “future of single-payer” and I still want to hear someone make that case.

I do have to admit, I kind of can’t believe we’re now going on twenty years straight of “The industry will die because EA announced a multiplayer game” articles.

Though I am annoyed with EA for shutting down Visceral, I can’t help but feel a little guilty over it. I almost never buy single player only games on day one. I mean, when they all get slashed by half price in a month, it’s mighty tempting to just wait it out. I suspect I’m not the only one who does this. And I suspect that it’s people like me who make the profitability equation that much more difficult to balance for major publishers.

I do have legitimate reasons for doing this, though. With new games in Canada going for $90 (including tax), it takes quite a bit for me to lay down the cash at launch. A 6-12 hour experience, no matter how amazing, is tough to justify spending nearly two months worth of my gaming budget.

The one bright spot I see is that the outcry over this news shows that plenty of people still want handcrafted, linear, single player experiences. There’s an opportunity there for an ambitious developer, but I do think we’re nearing the end of the era where you can charge “full price” for these sorts of experiences.

You shouldn’t have to be in a guilt-trip because you are conscious with your purchases. You’re not the problem, but marketers are trying their best to make you think you are.

I don’t think all single-player games will fall. We had Persona 5 and Nier do well and their studios are looking to do a lot more. It has to be how these studio manage their job work flow and are probably doing something wrong. I do say that I don’t remember the last time I played a single player game from EA since Titanfall 2 and other single player games I play are from other small and mid size studios.

I know logically that Visceral’s closure is mainly due to EA not coming up with a viable business model for them, but the end fact remains that there are now dozens, if not hundreds, more unemployed people in the world. I guess it speaks to the larger issue I’ve been having with how geek fandoms are increasingly driven by guilt. Like, how dare you not support so-and-so’s Patreon/Kickstarter/Indiegogo! Or how dare you not go see this innovative movie on opening night to show support! Or how dare you veg out to the latest sports release when there’s this amazing new indie game on Steam! As someone with only finite cash and time, it’s become nerve-wracking to pick my next piece of entertainment.

To me this whole thing reeks more of EA being a bad company than any horrid outlook for single player games. Any problems this game had had to come from the top first. Expectations being set poorly, budget not being allocated properly, announcing too early, etc. A single player Star Wars game can and should work. I’d be willing to bet it’s incompetence on EA’s side that ultimately ruined this game and got a bunch of people laid off.

I also think we’ve seen many times before someone claiming “X signals the death of Y” only for it to not come true. Just this year we had Nier Automata surprising the shit out of everyone by selling millions of copies. Persona 5 finally broke out of the niche basement to sell almost two million copies. Yakuza 0 seems like the first really successful entry in the series outside of Japan. Breath of the Wild was gigantic.

I know that Patrick is mostly talking about AAA in this piece, so maybe games like Nier and Yakuza don’t fit. Still though, I think the success we’re seeing for a lot of those games shows the hunger is there for single player games. I just think Patrick’s premise is a bit flawed when $60 single player only games have as many examples of succeeding as not succeeding.

I can kind of draw comparisons between Ragtag (the codename for this game) and Titan (the codename for the Blizzard MMO that became Overwatch). In both cases you have games in genres that are generally deemed to be risky now. Subscription MMOs were basically dying when Titan was cancelled. Even WoW’s subscription numbers were trending downward at the time, even though it seems like the Legion expansion would later give that game new legs.

So Blizzard cancelled Titan, devs split off to do other things and a new team was formed to make use of the assets and lore that had been created for Titan. Then the new team turned around their team shooter with a lootbox progression model and now that game has sold over 30 million copies.

It seems like EA is trying to do the same thing with Ragtag. They identified the aspects of the project they thought still work for their business model, the stuff that EA Vancouver was working on. How does that differentiate itself from Battlefront? That’s a good question.

Sad to see Amy Henning’s project canned, really doubt she will want to move to the EA Vancouver team. Kinda weird that the Battlefront 2 campaign is the only single-player Star Wars stuff on the horizon, puts a lot of pressure on that to be good now.

I think all you’d have to do is take a look at the games Bethesda has developed and/or published over the last decade to realize Single-Player stuff isn’t going anywhere. Doom, Prey, Dishonored, TES, Fallout, Wolfenstein: all games/franchises with an overwhelming single player focus (Doom has a multiplayer and TES Online is a thing I guess but the they’re exceptions). We hear stories and rumors about how some didn’t sell particularly well and all that but we never know the details, and apparently the endeavors have been successful enough for Bethesda to invest in them over and over again.

I think a lot of people are getting a little caught up in the panic surrounding loot boxes and micro transactions in multiplayer recently and thinking that every single company is going to embrace it as the only way to remain profitable, but I just don’t buy into it.

While I’m mostly agree with Patrick here (with a caveat, that industry put itself into this situation, or at least played a huge role in making those games “risky”), I can’t really feel sorry for anyone. Worst case scenario? We gonna get 5, maybe even less big sp-only games per year (two of them bad, and two from Nintendo)? They would be profitable, because enough people still want them, and we all would be able to play all of them. Awesome!

(And a million of indies, indies everywhere.)

Sad or just weird thing, that those big AAA multiplayer games (which I’d like to see, actually), are not that, not at all. They are singleplayer always-online games with microtransactions with some multiplayer bits attached.

On the next Friday episode of Waypoint Radio: death of all the games that we don’t have time to play anyway! :­)

It’s interesting in a year where games like Breath of the Wild, Horizon: Zero Dawn, Nier: Automata, and Persona 5 have found success, we’re still trying to find ways to proclaim the death of the ‘single player’ game. Keep in mind other big single player games like South Park: Fractured But Whole, Assassin’s Creed Origins, Wolfenstein II, and Super Mario Odyssey either just came out or will be coming out in the next couple weeks and as a result we cannot say with certainty how they will sell (with the exception of Mario which is guaranteed bank for Nintendo).

And let’s also not forget 2017 games like Nioh, Yakuza 0, Shadow of War, Cuphead, Divinity Original Sin II, Pyre, Uncharted Lost Legacy that all may feature some form of multiplayer, but have strong single player experiences that can stand on their own.

So yes, we can look at EA struggling to make a single player Star Wars game, we can look at Prey underperforming, and we can proclaim single player games are in trouble. And maybe you are right. But we should also look at whether there are other issues at play. This is the second single player Star Wars game EA has struggled with in a row. Instead of blaming the market, maybe we should look at why exactly these games are hard to make for EA (I’m looking forward to reading Blood, Sweat, and Pixels for some insight on 1313). In Prey’s case, maybe we should consider Bethesda’s lackluster marketing for the game, and why they insist on withholding early review copies from games that end up reviewing pretty well, and could only benefit from some positive word of mouth.

And again, maybe you are right and single player games are “doomed”. It wouldn’t be the first time I was wrong about this industry. But I can’t help but feel this argument has been running around in circles. I heard the same thing in 2007 after CoD4 exploded and so many insisted the gaming market wasn’t big enough to support AAA single player games anymore. Now it’s 2017, and while great single player games keep coming out, it seems the same ‘concern’ is still alive and well.