Turns Out, the Nemesis System was PATENTED

You’ve heard it a hundred times by now, “Why didn’t the excellent Nemesis system from Monolith’s LOTR games show up anywhere else?” 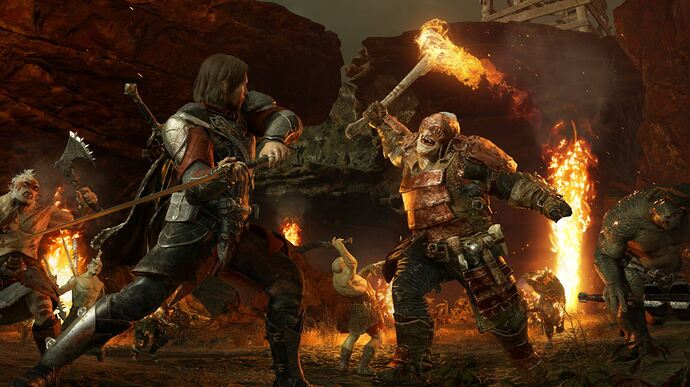 Shadow Of Mordor And Shadow Of War's Nemesis System Hasn't Appeared In More...

Shadow Of Mordor And Shadow Of War's Nemesis System was patented by WB, which is why we haven't seen it crop up in more games.

I hear that intellectual property law correctly balances the right of huge impersonal megacorporations to make money from an idea an employee had a generation ago, and the public good.

I actually wonder if they could defend this in court.

While this is the abstract/summary it’s so incredibly broad that you could apply this to Civilization games or any other semi complicated 4x.

IMO this sounds like a suit heard the pitch in a meeting and thought they could license the idea out so had the lawyers whip this up.

I’m not an IP lawyer but that link goes to a patent application submitted in 2016 rather than an approved patent. Is that long of a waiting period regular?

Aaaaaand it only just occurred to me that this is a story of wealth hoarding, involving a Lord of the Rings thing

Yeah, it’s fuzzy with something like Crusader Kings, which shares a lot of the same procedural relationship stuff (though Talion, to my knowledge, never has a sordid love affair with any of the orcs). But the genres are so different, I can’t imagine WB cares - or would have a leg to stand on if they did.

It’s annoying, there’s cool stuff you could do with a nemesis system that I wonder if WB would ever be willing to do with their IPs. A superhero game where any random mugger could become a supervillain would kick ass, but would WB let them make a Batman game where - like - Selina Kyle becomes Two Face because when you fought her, she got half her face wrecked? I’m not sure.

Off topic but I don’t know about y’all but in general I am over LotR. It was the high fantasy thing I thought was cool in high school but has just honestly felt boring and bland now that Ive found better. The Nemesis system was the only thing I found interesting about the Shadow Of games. Like you could do so much better with this concept.

superhero game where any random mugger could become a supervillain would kick ass,

Patent lawyers exist to stretch ideas to their broadest possible interpretation so the patent holder can drop it into the lap of anyone who dares get close to that particular idea. Big companies will hold onto big ol’ piles of patents to bury patent trolls and extract licensing fees. Software patents are a particularly contentious area of patent law right now because what constitutes “an algorithm?” Can you really have an exclusive license to logic?

Also @ricotta it’s funny you mention that because Shadow of Mordor and its Nemesis system was, in fact, originally a Batman game.

Also @ricotta it’s funny you mention that because Shadow of Mordor and its Nemesis system was, in fact, originally a Batman game.

That makes sense, it plays a lot like Arkham games. I imagine the idea they had for a Batman game was less ‘anyone could be the Joker’ and more ‘any of the rogue’s gallery could be who shows up in this scene to kidnap Barbara Gordon’. I can see why something more open like OC orcs was the direction they took it…

Would have preferred playing a game about a cyber Riddler I’ve killed six times to the weird slavery stuff in Shadow of War, though.

honestly id kinda just assumed nobody had done the nemesis system again cuz it was, imo, bad and not terribly interesting lol

Honestly I always thought it never appeared in anything else big because it only barely narratively makes sense in lotr. People always use Batman as an example of a game itching for a nemesis system but I just don’t see it. You can chop off an orc’s head and have them show up again pissed at you because magic or whatever, but how does that work with Batman? You put some street goon in traction after jumping directly on his spine from two stories up and he’s out of jail back in fighting shape the same evening?

Yeah, I have no idea how to do it without building a whole new IP around it.

To be fair, this is Gotham. I think there is a mass jail/asylum break every 4-6 hours.

What if the criminal just gets robot parts or super Bane juice or whatever. Seems like a lot of ways you could do that in a silly comic book fashion.

I always pictured a Batman game with a nemesis system to take place over multiple nights, perhaps even over a few weeks. It wouldn’t alter the open world aspect, but it would allow for greater story telling possibility as well as justifying a nemesis system where the criminal hierarchy shifts whenever you retire to Wayne Manor.

They did the thing 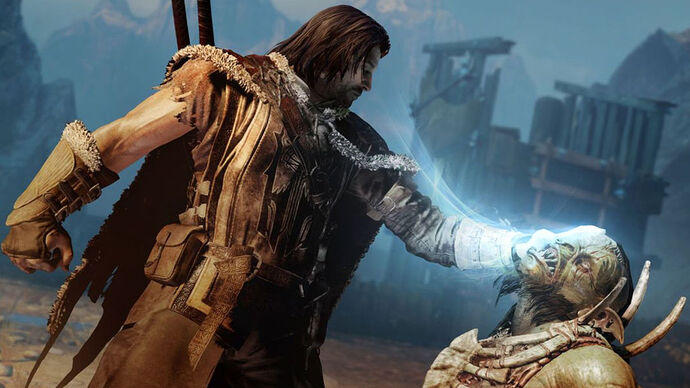 After Years Of Trying, WB Games Has Successfully Patented Shadow of Mordor's...

After trying multiple times since 2015, WB Games has successfully secured a patent on the nemesis system featured in Shadow of Mordor and its sequel, Shadow of War. The patent goes into effect later this month.

Is there a good article out there about how and why software patents exist. As a layperson it’s always seemed like they’re too vague to be covered by patents and that copyright is a pretty effective measure to stop outright rip-offs.

Are they even making another game? Or is this just to sit on it forever?