'Warhammer 40,000' Is a Triumphant Expression of the New Games Workshop

This is a companion discussion topic for the original entry at https://waypoint.vice.com/en_us/article/warhammer-40000-is-a-triumphant-expression-of-the-new-games-workshop
austin_walker May 28, 2019, 7:34pm #2

I can’t express how happy I am that you support the BEST™ 40k race/faction.

The new greebly nurgle models look very nice. I think my bank account is apprehensive about me ever buying plastic models again, though.

Fortunately, the robot dino demons I already have are pretty good in the new rules, so that’s neat.

I started playing 40k about half a year ago. I really don’t like 7th edition. Playing my first game of 8th tomorrow and I’m pretty stoked!

Secretly though I’ll always be bitter there are no dorfs in 40k.

Of course Austin is into Tau.

Kinda okay with Horus Heresy staying where it is.

7th was a goddamn mess as a whole but HH works because it largely avoids the worst stuff.

Mind that might be partially because everyone’s using a variation of the same army but still.

I just got into 40k with this edition and I’m liking it a lot. 7th looked impenetrable from the outside looking in.

Awesome to see (more) tabletop writing on Waypoint. I grew up playing (and losing at) 40k back in the 2nd-to-3rd Edition shakeup and dropped off around mid-4th. I’m definitely one of those guys who loved collecting and painting miniatures more than playing the actual game, but I’m glad to hear the game part’s starting to sort itself out.

So people who still play. Let’s say that I had a three Crisis Suits, one or two broadsides, a small group of Fire Warriors, and some Kroot. What the hell should I be looking at if I theoretically wanted to play some of this fucking thing again?

I’m assuming you got 10 kroot and 10 fire warriors at least.

all comes up to 49 power (or ~950-1000 matched play points, depending on upgrades) and is a viable battleforged army with 6 command points.

Which is about roughly the power level of one of the sides in the starter set,

things to get? I’m not a tau expert but probably some tanks/transports would be good, stealth suits are supposedly the new hotness, and I hear that giant missile mech is pretty rad. Maybe a proper character so you could field a proper crisis suit team instead of my filling up the HQ slots to get around the new minimums.

You can check out the base rules for free from GW. 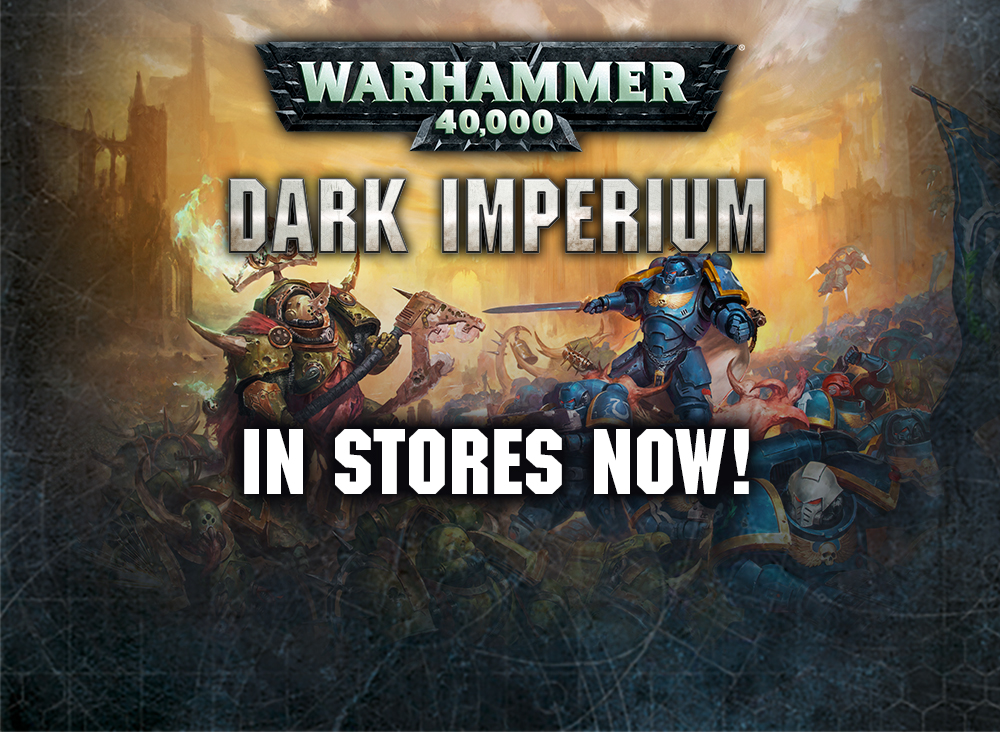 Warhammer 40,000 is finally here! You can get started right now with Dark Imperium, the new book, and more at …

This includes everything for the game except the rules for missions. This doesn’t include details for you army or points.

I remember when the Tau first came out. Mech suits and rail guns. What’s not to love?

I just read the new army list last night, and you probably can do okay with what you already have - the new focus seems to be less on gigantic armies steamrolling into each other and more on scalable play that accomodates different force sizes.

But also: get some stealth suits. Mostly because they look cool.

I found my old Tau army when I moved a few months ago, and I’d been thinking of selling it, but the changes to 8th seem like they address a lot of the things that made me stop playing 40k in the first place - the gameplay is faster, more streamlined, and it’s less likely that you’ll find yourself in a no-win scenario because you don’t have a specific model/weapon on the field.

For the greater good!

So excited for this! I picked up the Xenos 2 army indexes a few days ago, and I need to get back to painting my Tyranids as Gundam armies. I need to figure out a quicker way to make tiny V-fins for my Nid Warriors. Command antanea are much easier, but I’m not sure I really want to go fully Zeon.

I really should have went Tau.

I am so glad that 8th Edition is being so highly praised, and that I finally have an appropriate day off class to go to my local gaming spot on 40k night. Feels good.

I would love to have a danny O’Dwyer style look at games workshop through the late aughts til now.

I imagine you’d have to sacrifice 1000 psykers a day to get an interview with Golden Throne Kirby.

They have some really archaic practices in place. I am from Nottingham and my local store eventually became Warhammer World. I graduated recently in Glasgow, and saw a Community Content Writer position come up on their site, which is basically a dream job for me: GW and writing. But to secure it you had to write a letter and only a letter to get an interview. That was the spec. No salary, no hours, no CVs, nothing, just a letter. I didn’t bother in the end because I am not sure I could face going back to Nottingham these days.

It’s also probably a no-no but… this piece is great and it pipped me to the post with a similar pitch that was about GWs legacy in Videogames vs their new tabletop rebirth… which may get published elsewhere, we’ll see! Very good to see GW get some press in the mainstream though, Age of Sigmar is a phoenix from the ashes that totally transformed itself under Roundtree’s leadership, and is 100% the reason Eight Edition is so accessible.

(If talking about behind the scenes pitching conflicts and so on is a no-no here and a mod thinks it’s inapropes then I will totally amend this post! I think Ian’s piece is great!)

I know it’s still a few months away* but I’d really enjoy to see a game of this streamed in the (what has to become) annual 72 Hours stream!
*Though, these segments (especially ones that include set-up like Warhammer) can take months to set up.

I should have known you were a Tau player. Filthy xenos.