Waypoint Weeklies: Games Only You Remember

Did I hallucinate some Flash/Shockwave-powered Toonami games from the early 2000s where you played as some version of Tom?

I remember that Unreal.

Similarly, when I think of Odyssey, I think of the Amiga platformer with the gimmick that you could turn into various kinds of animals to get through puzzles (spiders can climb on walls and ceilings, for example, and there was a hawk form that could fly).

Oh, here are some real-ass Games Only I Remember (maybe).

BioForge: Maybe the one of these most likely to be known by other people. It’s full of stuff Kids These Days are into, so maybe it’s like a minor cult hit now I dunno. Anyway, it’s kind of a 3d adventure game with tank controls where you’re stuck in a weird cyber-meat body. I never really played it much myself, but I used to hang out at my friend’s house and watch him play it a lot. It was one of those adventure games that tried to incorporate combat mechanics and it didn’t go well.

The X-Files Game: Point-and-click FMV adventure game set around the same time as the first X-Files movie. You play a random regional office FBI dude who crosses paths with Scully, Mulder, Skinner, the Smoking Man, and Mr. X, all played by the original cast members. I’m surprised more people don’t remember this, but it seems like they don’t?

Jurassic Park (Sega CD): Point-and-click game for Sega CD. IIRC it had some FMV segments, but unlike the X-Files game they did not feature characters or actors from the movie. The plot had you sent to collect dinosaur eggs but your mission was sabotaged and you have to stop BioSyn from beating you to the punch. There were some cursor-based shooting segments in this one.

Jurassic Park Interactive: So yeah, somehow I convinced my parents to get me a 3DO? And this was one of the three games actually available for that system, other than Road Rash and the space shooter one that was bundled with it. It was just a bunch of minigames, but one of those was basically the “Alien Isolation with dinosaurs” everyone keeps suggesting should be a thing. It was very bad but kind of scary anyway? Being stalked by raptors is inherently scary.

Tomcat Alley: A full FMV shooter game for the Sega CD, a la Sewer Shark. Except this one is Top Gun where the F-14s take off from the secret mesa base from Airwolf. The bad guys are trying to steal Strontium 90 to make a dirty bomb, and only you can stop them by highlighting the appropriate spots on the stock footage with your cursor. I think this is the only airplane game about playing as a WSO/RIO, which is actually kind of a neat way to justify the gameplay conceit.

Stay Tooned! was huge for child me. It’s essentially this cute adventure game where cartoons escaped out of the TV and turned your whole apartment building into a cartoon as well. Because…reasons? Point is, you have to go and catch them and return them to the wonderful world of television. And to do that you have to play a whole bunch of mini-games for keys and items and progression, but it’s all tied together (as far as I can remember anyway) with a solid sense of goofy-yet-satirical humor that permeates the whole game (think Animaniacs or Tiny Toons). Honestly, thinking back on it, I did play this a lot and it almost certainly is a big reason why I have the odd, playfully irreverent sense of humor I do 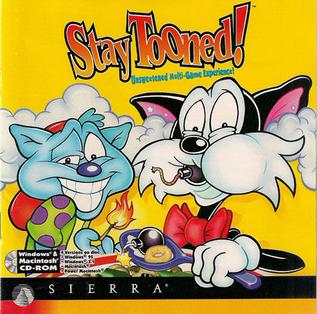 While extremely well-reviewed at the time, Rise of Nations feels like it fell into a collective memory hole. This goes for a lot of RTS games in the mid-00s.

I used to play this flash game called Lenny Loosejocks Goes Walkabout kind of obsessively! I’m not sure how I found a game about wandering the Australian wilderness, nor do I understand what I liked so much about it. From what I can gather, most of the humor in the game is mostly about Australian culture, which I’m sure went way over the head of a kid growing up sheltered in a fairly isolated part of the US. But in my memory, it was a surreal procession of non-sequiters. Something about that drew me back again and again.

In trying to find the name of this game, I found out it was released on Steam last year, so it must not have been as obscure as it felt to me as a kid. I might check it out! I can’t speak to whether the game holds up, or how edgy and problematic the humor is though.

So I know people who play either Diablo 2 or Destiny 2 and they refer to whichever one they play as D2 and every single time, I get swerved and think they’re talking about obscure dreamcast survival horror game D2. You walk around the Canadian Wilderness. The game has random encounters. During the fights, the game goes first person and then you shoot monsters. 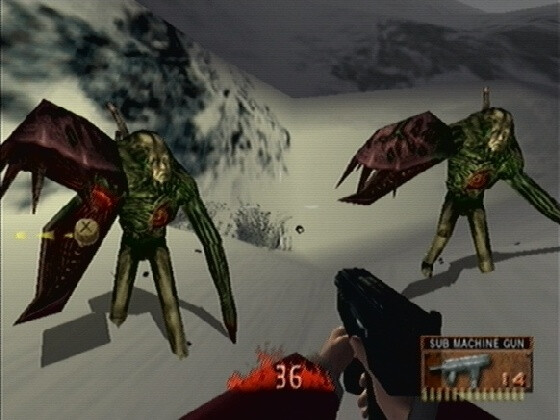 BioForge is kind of a mess but also kind of incredible! Giant Bomb has a very good playthrough of it called Backflips 'n BioForge, featuring Vinny, Patrick, Drew and Danny O’Dwyer, but it’s premium content…