Waypoints 49 - In This Analogy The Death Star is Good

Ren and Cado have introduced the world of the Wired to the Waypoint crew. They discuss Serial Experiments Lain on today's pod, a late 90's anime that is surprisingly precinct about the malleability of information in online contexts and the formation of identity in a hyper-connected world. After the break, Rob's been considering the supply chain, and how we've ended up where we are now (spoiler: it's capitalistic greed!) Then, finally, after being wrongly cast aside last podcast, Patrick is here with his impressions on his time so far with the Steam Deck.

This is a companion discussion topic for the original entry at https://shows.acast.com/vicegamingsnewpodcast/episodes/waypoints-49-in-this-analogy-the-death-star-is-good
BlueHighwind March 2, 2022, 3:30pm #2

My uncle worked at IMTT for years and years and finally quit last year out of total disgust. My home town has been an oil hub since the Gilded Age, generations of my family has worked for either Standard Oil or Exxon or IMTT or whoever. This is a good job, or well used to be, paid well, gave a solid working class existence, fantastic benefits, good union, they took care of my great-uncle when he had to retire early due to health issues. But it’s just become complete hellish chaos these last ten years for exactly the issues Rob goes over. They don’t have enough people, won’t hire anybody, you end up working 100 or 200 hour weeks, and IMTT is letting the place rot because they know the real estate is worth more to sell to put up condos versus keeping up as an oil terminal.

The company is more than happy to work its dwindling work force to death and doesn’t particularly care what happens next. All the working class people of my town will just get forced out, richer commuters will replace them, and it will all work out great - unless anybody actually needs that oil infrastructure.

Patrick asking if there’s timers on burger flipping and Rob’s comments from his experience is the 90’s are telling because when I worked at a McD’s about a decade ago there was no burger flipping at all. You’d put 8 regular patties down, hit a button, a press grill would come down from on top and all 8 patties would be cooked in 50 seconds. The timers have come a long way, and that was back in 2012.

I relate very much to the seat of the pants production woes. Last spring at work one day I was tasked with producing a concert at the secondary campus I work in.

A youth outreach group came to put on a concert ran by Stephen Brackett (Brer Rabbit from Flobots) showed up that morning with his sound guy and I had about 2 hours cobble together a way to get sound and video into a vMix machine. Then because I figured “I bet I can use vMix to get close-ups and the bands promos on our center-hang scoreboard screens” I had to run around and get the bands to email me their promo materials, edit them into something to throw up on stream/jumbotron. Get their track lists and make titles.

I got it all working pretty well and it was nerve-racking running all the cameras and scene switching all by myself. the only real issues was the sound guy gave me a sub-mix but for some reason told me it was impossible to take the volume down on the mix to the live stream (it was, I own the same mixer he was using) so one band blew out the mix and one band didn’t follow the tracklist they gave me. The standard wrestling with auto-focus obviously. But it was a lot of fun actually and I got to talk with Stephen about music and he complimented me on my work which felt good coming from a professional musician.

Here’s a link to the with the time code when the concert starts.

While i fully agree that capitalism and its incentive structures are at the root of much of what is wrong with this world id say you should revise this statement a bit. While i fully believe that theyll work someone 100 hours a week, and im sure theyll try to work someone up to 140 hours a week if they can get away with it. In the end a week only has 168 hours in it, so 200 hour work weeks seem to be a bit outside what is currently possible.

I don’t have a ton of production experience as it’s never been my main job, but like they hit upon on the pod, those ‘efficiencies’ come in and suddenly you’re doing a bunch of work that has nothing to do with your actual role. That meant once a year for about seven years I’d run production on a weeklong medical conference at the university I work for, and every year it would be a nightmare to put together because the nature of the venue meant everything could only be physically put together on the day the conference arrived. Truly one of the worst parts of my job, made no better by high strung doctors expecting more than the venue could deliver.

Hats off to Cado and the rest of the team for making it work, but I’ve always really appreciated how Waypoint rolls with production problems - technical and otherwise - with such good humour. My experience on the production side has always been people expecting perfection and reacting poorly to that being impossible.

I loved the discussion about Serial Experiments Lain, it’s one of those anime you can’t forget despite not quite understanding it at the time. The show is incredibly prescient about the contemporary internet, and it’s got vibes for days 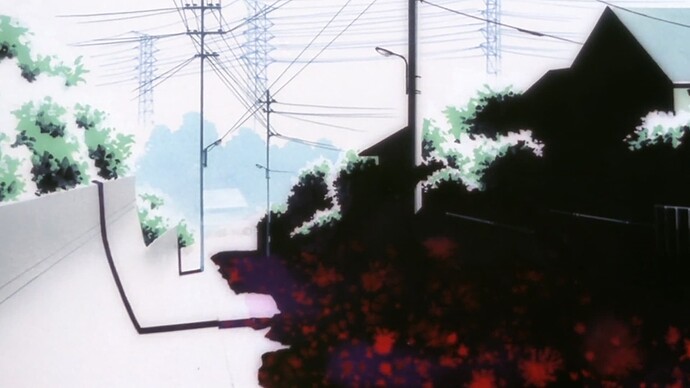 There was also a playstation game where you read diary entries from Lain and listen to her therapy sessions? It’s such a fascinating oddity of a series.

Gosh, I forgot about the Lain discussion. I looked to see where I could watch it and found that Funimation seemed to be the only option, and since I’m already subscribed to Crunchyroll (and frequently don’t make enough use of that!) couldn’t justify adding another sub. But turns out Funimation’s catalogue is being rolled into Crunchyroll this month so I’m hoping that means I can watch it soon (…usual caveats about how alarming it is that Sony has a monopoly on anime streaming notwithstanding).