What Are You Watching?

I take back everything mean I said about Sam Worthington lol 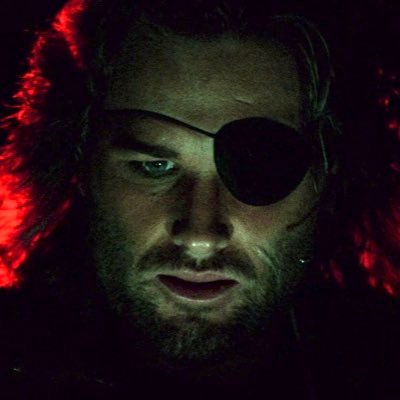 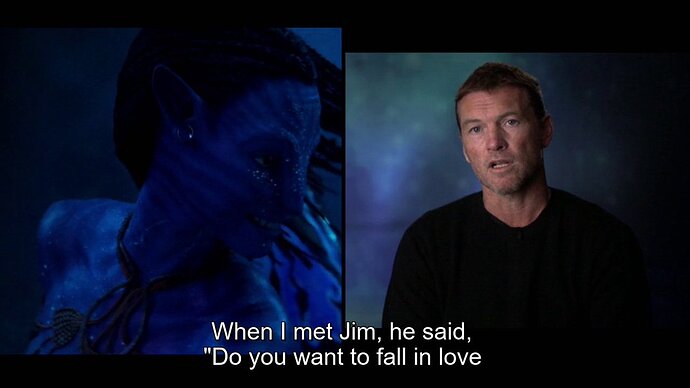 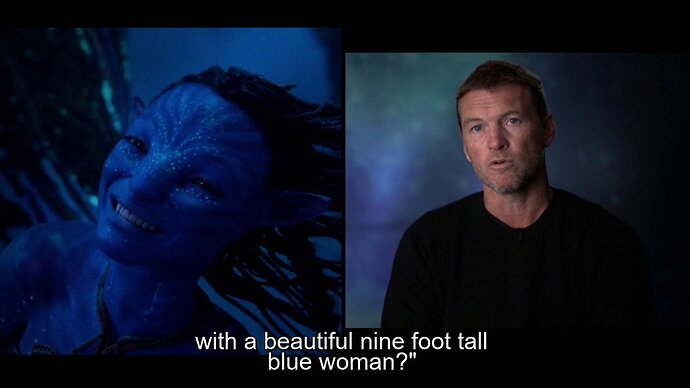 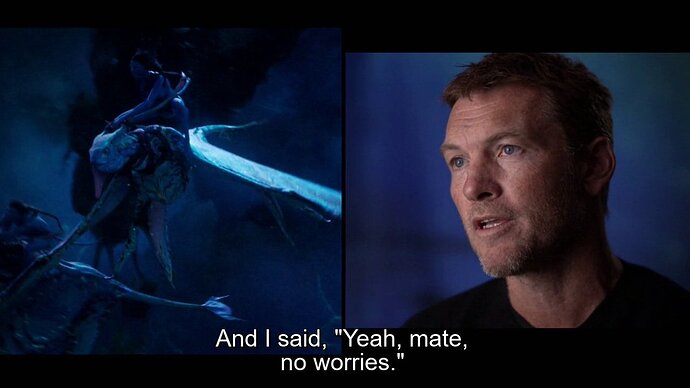 Continuing to be the one dissenting voice on TLoU show. Really hate all the decisions made around Tess. The old exes with a long and bitter history dynamic was incredibly concise in the game, so them flipping it and also softening Tess considerably robs her final moments of lost hope and then stoic defiance. Anna Torv does a good job with what’s on the page but the change from a “fuck you” attitude to her own mortality to a noble sacrifice is just weak, and makes Joel’s hard edge and refusal to lose someone close to him less specific and considered.

The best part of this show has been the part where it’s most like the game as it’s played ie. The Clicker sequence, and yet I feel as though more time and money could have been spent on the choreography of the action. Why are there so many CGI tableaus in this show? Did we really need an excuse for pyro?

I feel as though this show is sorely missing Johan Renck, Mazin’s collaborator on Chernobyl. Now there was a workmanlike director with an interest in good horror lighting, tension, and blending CGI into a realistic aesthetic.

I don’t even like the game’s story that much!! It’s just that it’s a very simple, concise story that would play extremely well in TV miniseries format if they just relied on the very good directorial choices made for the cutscenes! I am losing my mind that this episode has a 9.8 on imdb!!

EDIT: In the interest of fairness, I will say that this show is better than the game at being legitimately creepy. The spore tendrils stuff? The old lady in the chair? I don’t like it in a good way!

Though it’s getting a lot of praise, you’re not alone in dissenting: 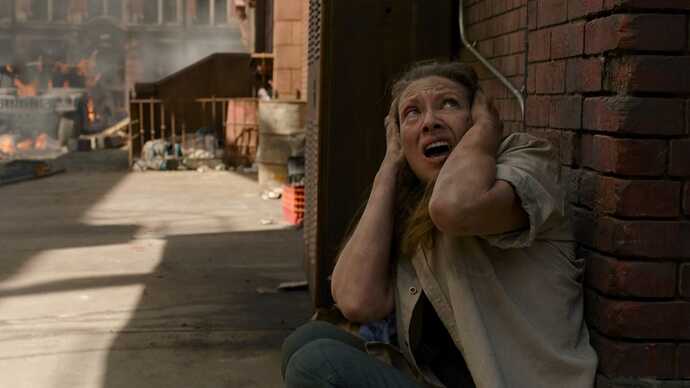 HBO’s The Last Of Us Does Tess Dirty

Where in the PlayStation games she was a confident, dynamic character, HBO makes Tess an example

I haven’t made time to watch it yet but the discourse found me anyway. Obviously I don’t have the full context from having actually seen it and formed my own opinion on the changes, but my gut reaction is very negative to this kind of flip in characterisation, too.

The writer here gets it. The lack of dignity afforded Tess in every change to her character is just baffling.

As with all things relating to TLoU these days, this just makes me think less of Neil Druckmann. As an EP on the show (and a director of one of the episodes!) you’d expect him to maybe be protective of his characters and their arcs. Seems like a lack of creative integrity to say the least.

I get that there’s differences of opinion on how the framed Tess’s last moments (I personally found it effective in its horror), but the overall changes to staging of that scene makes a ton of sense to me. For one, it makes sense to get rid of FEDRA as the attackers because why would they bother going that far afield for two smugglers and a girl. For another, the encounter served to demonstrate how dangerous the infected are despite not having spores to spread. I’m not sure how I feel about the “networked” cordyceps concept yet, but it was affecting to me how they were able to “detect” Tess and forcibly make her part of the horde. Does it take away some of her agency that she had in the game? Sure, I guess, but Tess was always just a plot device that’s almost never referenced after she dies, so I’m not too hung up on it.

Watched Breaking Dawn: Part One and I just had to make and share this thought I had somewhere: 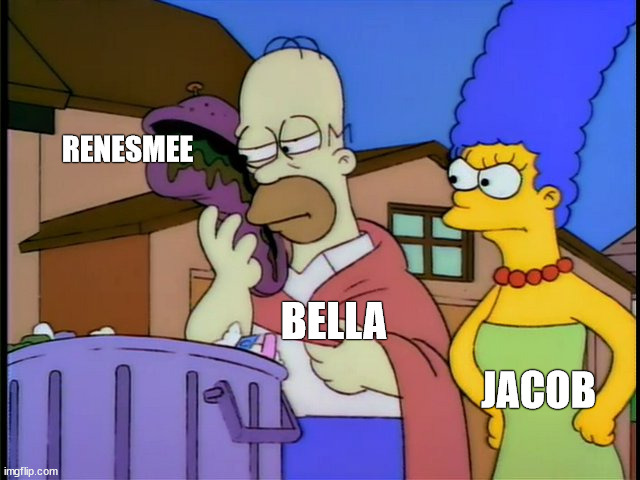 I saw Avatar: The Way of Water this weekend too. It was…hmmmm. A gorgeous movie to look at, for sure. James Cameron clearly spent the decade amassing the computing power to get that rendering done. It mostly starred the children of Jake Sully, who are plausible child actors and noted child actor checks notes Sigourney Weaver, for reasons.

It’s well done and I really want to watch a James Cameron nature documentary but it’s really long and I just don’t…care that much. It took me a literal two minutes to try and recall the name “Jake Sully.” I think the point of these movies seems to be that the main character is Pandora itself, which: cool. Give me the movie where you take one of those sick crab mechs to the bottom of the Pandoran sea and give me the guided tour so I can go vibe with the space whales.

Question for anyone watching The Last of Us: if I have played the video game, should I be fine to watch episode 3 without watching the first couple of episodes? I found the game’s story rather loathsome and even the allure of Pedro Pascal can’t draw me in, but since everyone on Twitter insists this episode is a phenomenal gay love story, I can’t deny that I’m curious.

Yeah, you’d totally be fine to just jump onto episode 3.

Here’s what you need to know:

There’s an apocalypse on.

Off you go lol. Enjoy!

Juan Barquin basically nailing my thoughts on this week’s ep:

Also, I love me some Nick Offerman, but W. Earl Brown was right there.

EDIT: adding some positivity to this thread. Poker Face is good! Episodic TV is a great format! Episode 4 is my late teens Mountain Goats obsession made manifest!

I have watched the episode. It’s… nice? As a gay man in my 30s starting to feel my age and thinking about what the next decades hold for my husband and I, I am open to a short film that basically is just a gay ‘the opening bit of Up’. But aside from personally finding Nick Offerman hot and enjoying his presence, I think it was just a touch too by the numbers to think I’ll remember this much in a few weeks time. Like, Max Richter, really?

It’s no episode one of Interview with the Vampire, you know? Now that was a benchmark in LGBT TV. I think I draw the comparison not (just) out of recency bias, but because IWTV told a story that couldn’t work if the leads were a straight couple.

Truly rancid vibes on the internet for the latest Last of Us. I am very much trying to ignore what people are trying to say and I haven’t let the stan support for Everything Everywhere All at Once ruin that movie for me but the backlash against anyone finding criticisms of the last episode has truly poisoned the well.

I thought it was fine FWIW but it’s the first time in a while that the people who love it have made it feel very cynical whereas I’ve found myself agreeing with every (thoughtful) critique.

I dream-posted my review of Plane but I forgot to actually write it lol.

Folks…see Plane, in whatever capacity is available to you.

I found myself juxtaposing Plane with Avatar through most of Plane’s runtime (largely because I saw them on consecutive weekends) but I was struck by how different in attitude they are. I found my analysis brain start turning on while I was watching Avatar, both breaking down the movie into its component parts (largely trying to figure out where we were in the act structure so I could determine when it was either going to get interesting or finish up) and trying to figure out what manner of substances James Cameron and his team ingested to invent the space whales. You can see Cameron and team doing the spot-welding to try and synthesize An Inconvenient Truth and a slick military sci-fi flick on the fly while still honoring the contracts all these people signed probably 15 years ago. It’s well-made and worth seeing but (and I assume this is just my babymouth taste in movies talking) it’s really slow for extended periods and I don’t particularly care about teen drama.

Plane is none of that.

Plane could be a Michael Bay movie. Luxurious shots of military hardware. An airline somehow having access to a keyhole satellite because Mysterious Fixer Scarsdale (Tony Goldwyn) shows up and can snap his fingers to get whatever fancy thing the plot needs. Scarsdale saying “get the lawyers out of here” before proposing sending a PMC in to find the survivors. Terrorists! Kidnapping! If you can imagine a McBay movie with the dial set to like…85% to shave off some of his worst impulses, you get Plane.

James Cameron: “Sit down and listen: so, space whales”
Plane: “We are here to entertain you so grab some popcorn and let’s get started”