I’m just starting This is How You Lose the Time War after looking forward to checking it out for a while.

Full Throttle was decent, some stories I liked, such as Late Return, which is kind of a feel-good supernatural the love of books transcending the laws of time and space kind of thing.
Was interesting to read In the Tall Grass after seeing the movie, mixed feelings about some decisions made in the film. The story is short and very dark, so I can see how it was necessary to flesh it out unless it was going to be a tales from the crypt style short. Don’t agree with some of the changes that left the movie ending fairly generic.

The last book I read of his was Strange Bird, which I liked a lot. Haven’t heard of the Ambergris series or that he had a new book out! Going to have to check that out, thanks.

I am currently reading Too like the Lightning by Ada Palmer and the first in a tetralogy. I had gotten the book a few years ago because the novel had received some comparisons to Gene Wolfe. I am now about a third of the way through and think those comps may have been a little generous. I am genuinely unsure where I am going to land on this book as I find my opinion shifting with each chapter or so. It is definitely peculiar in a way I am doing a miserable job of articulating right now. The one thing I will say is that it is set on our earth in the twenty-fifth century and boy of boy is it hard to imagine humanity making it that far given everything happening in the world.

Finished Cibola Burn book 4 of the Expanse. I’ve heard this is the low point in the series, and while I don’t think it’s as good as 2 or 3 (I want aversala back as a POV character pls) but I actually liked it. If this was the low point it bodes really well. I liked that this wasn’t as dour as the previous books although the ending was set up for a lot of future problems for the characters. Gonna take a break before the next one, but it’s still great.

Yeah, I found the same thing with The Rook: I liked the opening a lot, and I like the author’s writing style… but a bunch of the plot threads that are most interesting just don’t get developed. (The sequel, by the way, does much the same thing, although it does add more complexity to the setting.)

The Ambergris books were, essentially, VanderMeer’s first sequence (and the first work, City of Saints and Madmen isn’t so much a novel as a collection of essays, short fiction, a 4 novellas… and a short piece which is written encrypted in the original version (it was decrypted in the other editions)).

They’re definitely worth reading, and they’re still more experimental than a lot of genre fiction (VanderMeer was definitely considered part of the New Weird when that was a thing, and even edited an anthology on Weird Fiction with Ann VanderMeer, the editor of Weird Tales, and his wife). but they’re not as experimental and form-pushing as Dead Astronauts apparently is.

@aoanla interesting, have to give that series a try sometime, thanks

Have a small pile of random books from a recent book exchange party. First one is The Ridge by Michael Koryta.

This book is really really good. I’m a sucker for found family, band of misfit stories, and this one is a good one, heartfelt, sprawling adventure with fun characters. Plus if you liked this is how you lose the time war, Gladstone sure brings his proper noun game to this book too. I recommend it!

The Priory of the Orange Tree is intimidatingly big

I ended up giving up on Too like the Lightning as it felt over written and the narrator was very invested in being clever and servile in a duplicitous manner. Granted, this was the point, but I didn’t find it enjoyable. As noted previously, the novel had received some comparisons to Gene Wolfe but those comparisons to me felt like someone making very surface level comparisons to what is at work in Wolfe’s writing. Typically I loath abandoning a book, and for years refused to do it, but I realized I was at a point where I was basically going to put off reading this novel for weeks or months and if I were to ever return to it I would have no idea what was going on and reading it would be an even greater chore. In sum, not thrilled with “giving up” on a book but I am glad I at least recognized my time could be better spent reading something else.

That something else I am now reading is Yoko Ogawa’s The Memory Police. I had read Revenge a few years ago which was a series of short stories that were all interconnected and really enjoyed the sort of surreal aspects that infect Ogawa’s worlds and characters. I am only at the start of The Memory Police but it has a similar vibe already. Everything makes sense and is logical to a degree but it is also wrong. The novel is set on an island where things “disappear” or are scrubbed from public consciousness; one day the narrator wakes up and there are no longer birds both in a physical sense but also in the sense that the narrator no longer remembers how birds made them feel… it’s an interesting concept and I am excited to see where things go. 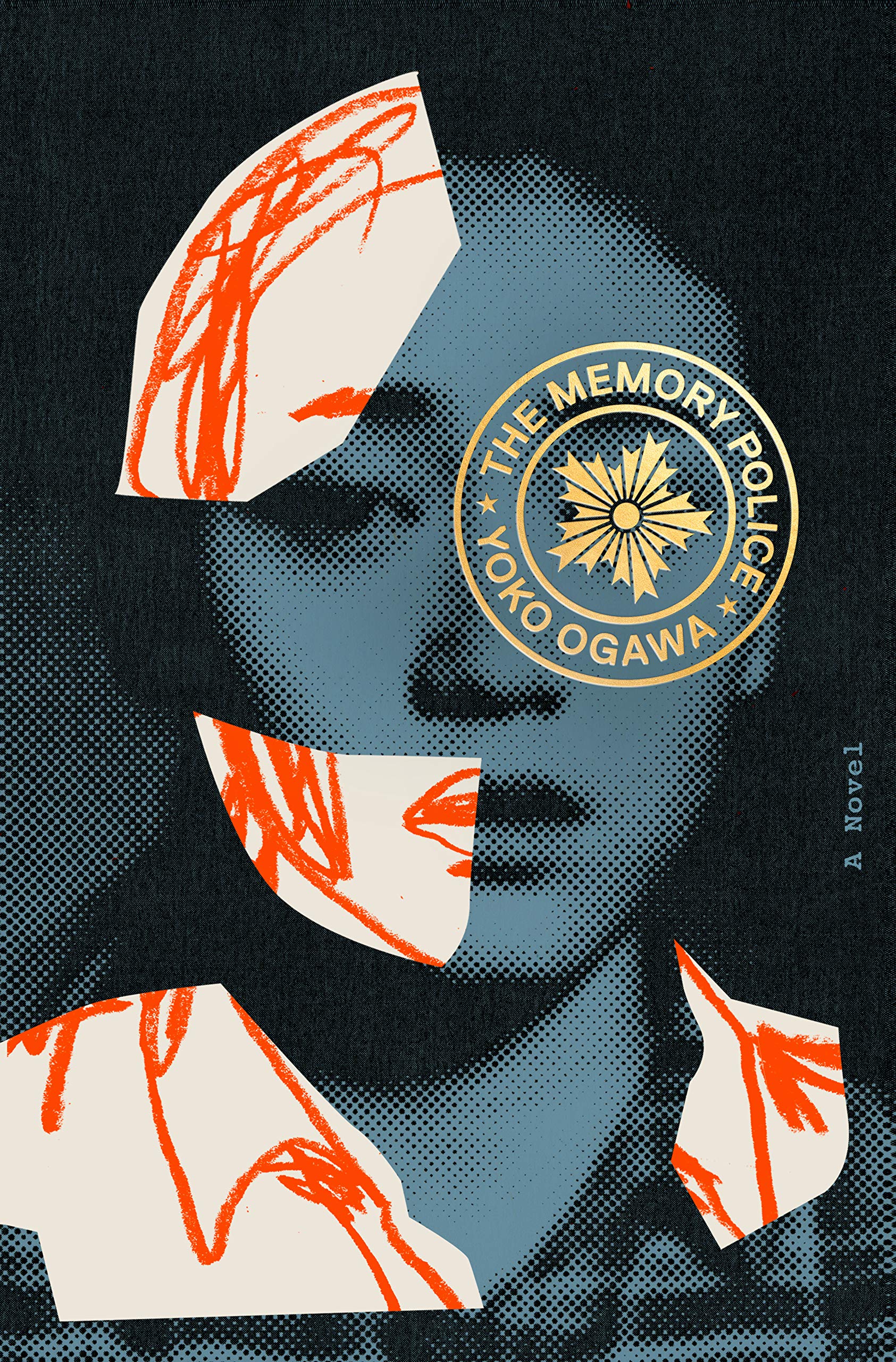 I just wrapped up the final book in Ann Leckie’s Radch trilogy, Ancillary Mercy. Going into the book I was curious on how Leckie was planning on wrapping everything up. It seemed like there was just too much that needed to happen to reach a conclusion point for a trilogy to cover in a ~300 page book. I was surprised though as it wrapped up quite interestingly, though it didn’t quite conclude everything as much as it moved the conclusion down the road. I guess I should have totally realized where it was going based on what was happening in the book, but I’m just always so enthralled in the story that I never was guessing ahead. I really enjoyed so much about this trilogy. Leckie created so many questions and mysteries that I want to know more about, but left them unanswered. It only left me hoping I’d learn more in the next chapter and made me read more, to only be met with more questions and mysteries. I’m interested to see what else she has written and if she has any plans to return to the world of Breq and the Radch be it right after the events of the trilogy or in the future after these events.

So, Provenance is set in the Radch universe - although not in the Radch itself - and slightly after the events in Ancillary Mercy. You don’t learn much more about Radchaai matters though, as the action is in an entirely different culture on planets outside Radchaai space. (It’s definitely worth the read though, and fleshes out non-Radchaai matters well and interestingly.)

I’ll definitely have to check it out then to learn more about that universe. It was all super interesting, and I’d love to see what else she can create in it. At the very least it would be interesting to see how this new culture compares to the Radch.

Plus as I’m getting back into reading Leckie is a really good one to transition, for me at least, back into reading, especially sci-fi. There were plenty of deep sci-fi themes in there that were handled with care, but not too bogged down with details. Might be smart to read another one of her books to get my feet wet before diving into the sci-fi genre more. Thanks for the recommendation!

I took a break from reading to get back into podcasts, but I’m back on my bullshit with a Star Wars book no less:

It strikes me that this lone novel, as mediocre as the prose is, stands as a ‘what if’ kind of scenario if we got an actual GOOD story of how Anakin fell to the dark . It has all the elements that George wished he had actually played with in the prequel films, but represented directly and confidently. You have the Jedi making choices that seem to put them on the path towards destruction… You have a love story that feels a little forced, but believable in the later moments… And then you have a fall, which is set up and paid off in a way that would have made the Anakin story actually resonate.

I can see why the Clone Wars team wanted to save this arc for the last season. Supposedly, it was going to be eight episodes long. This feels like a response to how the prequels should have been.

Also, like many have stated, its refreshing to get a Star Wars story where all of our main characters are basically unknowns. Asajj and Obi-Wan are regulars in the Clone Wars, but their perspective chapters didn’t bother me like books like Heir to the Empire do. I had to stop with that book because all the OT characters in that novel AREN’T the characters. I can see why George made the prequels with these boring lifeless caricatures. Judging by the Star Wars fandom of the EU, that’s what they fucking wanted.

Aw yeah, I’m all in on my Star Wars bullshit now.

The prose in this one is a LOT better than Dark Disciple, which I really enjoyed regardless, but am finding myself growing a little bored with this one.

To be fair, not much has happened yet. There was the initial action of the Company, the introduction of characters, and now they’re focused on world building.

Hoping to continue with more Star Wars books soon though.

If you’re already feeling bored with Twilight Company, I have bad news about the rest of the book…

It’s definitely one of my least favorite Star Wars books I’ve read. It left me very bored, and it didn’t ever make me care about any of the characters at all. I also have other more spoiler-y gripes with it that I’ll keep to myself for now. I guess that’s what happens when you make a novelization of Star Wars Battlefront, a game that literally doesn’t have a story mode.

But hey, I don’t want to totally poo-poo it, cuz maybe you’ll like it! It could have just been my personal reading experience. Just wanted to give you a heads up that, in my experience, it doesn’t really get any more exciting than it already is.

To be honest, I like how it’s written. Dark Disciple’s language felt overly simplistic at times, and this one seems to be going for that gritty hard sci-fi realism that certain people like out of their Star Wars. The way the characters talk about Darth Vader makes me think he’s going to make an appearance in the book at SOME point.

I personally loved Dark Disciple, but I do agree with the point you made about the language being overly simplistic a lot of the time. However, I can look past that, since I was invested in the situations and the characters. Twilight Company is well written, but it felt so empty and flat to me. But I dunno, I could just come for Star Wars for one thing, and others could come to it for another, I don’t want to color your experience with Twilight Company too much before you’ve read it!