Wizards of the Coast Walks Back Leaked OGL 2.0 Draft

In a statement released earlier today, Wizards of the Coast announced that it would be further revising its updated licensing agreement for Dungeons and Dragons Fifth Edition, OGL 2.0. This announcement followed almost a week of public backlash in response to a leaked draft of OGL 2.0 and the announcement of the Open RPG Creative License (ORC), an alternative license to the OGL funded by Paizo, the publishers of Pathfinder.

This is a companion discussion topic for the original entry at https://www.vice.com/en_us/article/jgpzj4/wizards-of-the-coast-walks-back-leaked-ogl-20-draft
2 Likes
DarthTythus January 13, 2023, 7:06pm #2

The text of the letter is aggravatingly cutesy in a way that suggests they got their hand caught in the cookie jar and are just waiting for the opportunity to have another go at it.

It’s a mix of cutesy missing-the-tone "hello there, fellow kids"isms, blatant lies (like claiming that they “were looking for feedback” on the OGL changes from the community, despite every piece of information we have on it being from leaks…), and then that horribly disingenuous signing off with with the “some people will be claiming that they won, but they’re only half right: we both win” nonsense, which I would hope would put the hackles up on anyone who made it that far.

Luckily, most of the community seems to not have fallen for it.

As WOTC keeps stepping on every community relations rake between them and increased profitability, I keep thinking back to this thread 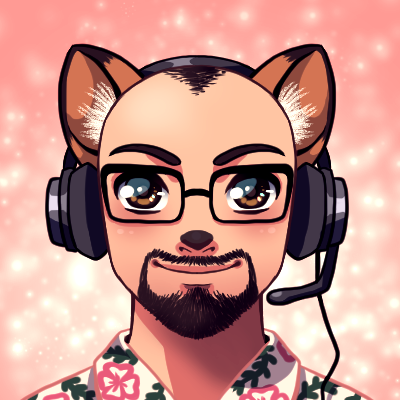 @garius
One of the things I occasionally get paid to do by companies/execs is to tell them why everything seemed to SUDDENLY go wrong, and subs/readers dropped like a stone. So, with everything going on at Twitter rn, time for a thread about the Trust Thermocline /1
2 Likes
Wazanator January 18, 2023, 5:29pm #5

The brand damage has been done at this point. Content creators are not going to want to make anything on the OGL if there’s even a hint that WotC could potentially in the future ruin all of it.

We are at a point where there’s a ton of easily accessible TRPGs available. Not all are going to get physical publishing at the scale of DnD or Pathfinder but it’s also not exactly unrealistic to just buy a PDF and go to your local library and print out 50 B&W pages.

I also feel like we are seeing people move away from high fantasy more? I’m biased because I really just don’t care for it but it sure feels like more people then before are interested in things like Starfinder and Cyberpunk 2077/Edge Runners sure brought new blood to an otherwise dead system.

Add on to all of this that in general people are getting real tired of Wizards of the Coast and Hasbro in not just MtG and DnD but the sentiment seems to have creeped into board games as well. Heroscape reboot went up on Hasbro Pulse with an unrealistic goal and next to no marketing. They completely misread the room on who was going to be backing that and made a lot of people mad. Granted a lot of the mad people had their own unrealistic expectations such as 70+ minis coming prepainted (lol) but they really didn’t provide any easy buy in options or provide something like “if you go in at this price we’ll give you a basic paint set as well”.

At least Avalon Hill seems to be doing well!

We now have a second update from WotC, with more polished language (less "hello, fellow kids"isms) but a lot of what sure sounds like disingenuous “exact words” promises (“Nothing will impact any content you have published under OGL 1.0a.” - which, of course, does not rule out it becoming impossible to publish any new content under OGL 1.0a, for example).
Nothing in this also prevents them simply changing the license again once they think everyone has forgotten about this iteration…

So, basically, the classic evil corporation playbook still. “Try to force thing through secretly, get caught, pretend it was all a mistake and present a less evil revision… wait 6 months and then do what you were going to do originally when everyone has stopped paying attention.”