Sony had their big to-do yesterday (Nintendo did too - happy Zelda to all who observe). God of War is obviously a video game that is happening but I wanted to take a minute to highlight the work of Ryu Ga Gotoku Studio. Not only did they announce that Yakuza 8 is coming in 2024, they announced that they are localizing their Late Edo Period spinoff game Ryu Ga Gotoku: Ishin by rebuilding it from the ground up in UE4. And it’s coming in February.

Apparently RGG had a big announcement day themselves yesterday, because there’s also “Like A Dragon Gaiden: The Man Who Erased His Name” coming about Kiryu’s life post Yakuza 6, also coming next year. Three games in two years. Great googly moogly.

As a long time, yet partially lapsed Yakuza fan (I still need to play 6, 7, and both Judgement games - my catch-up has got me back to Yakuza 4, having recently played Kiwami 2 for the first time!) I’m both very excited by the future of the series and slightly trepidatious.

Once upon a time there were two historical Yakuza spin-offs, Kenzan on PS3 and Ishin on PS3/4, that we never got localised. It’s very cool that we’re now getting Ishin Kiwami (as it’s called in Japan) and that it’s a full remake as that title suggests. Plus, considering it’s the type of story set in the past where everyone is “played” by incarnations of modern character, they’re doing it complete with extra Yakuza 0, 6, and 7 characters who were only added to the series after that original Ishin release. Pretty cool! I do wonder if they’ll ever similarly revisit Kenzan for a Kenzan Kiwami. I’ve played a couple of the Yakuza games in Japanese but the historical ones were so full of archaic language my skills weren’t up to it. This is my first chance to try one of them properly.

Also not for nothing, it was kinda funny seeing not one but two games set in 1860s Japan premiere at that PlayStation Direct, with this and Rise of the Ronin. A feast for the weeb in me.

I… kinda can’t believe they’re entirely dropping the Yakuza series name? I wrote about this a little recently for Overlode but folks may remember the first Yakuza game was marketed as a GTA competitor and calling it “Yakuza” really hyped up the crime angle that has always been an important but kind of misleading angle to the franchise. It was fascinating when RGG 7 was Yakuza: Like a Dragon over here, dropping the number but gaining its “original” title as a subtitle. I had wondered if this would be Yakuza: Like a Dragon 2. In the wake of Nagoshi leaving, is this the new producer leaving his mark on further entries, establishing more of a cut off? Is it Sega newly confident it doesn’t need the brand recognition, or a studio unhappy with having a name foisted upon it by foreign marketing? I couldn’t say for sure, but it’s certainly interesting.

It’s also wild that 8 will be a Kasuga/Kiryu joint venture, with Kiryu sporting some dashing grey and a decidedly awful fringe.

Like I said, I’m behind on the storyline of 6 and 7, so I don’t really know how many gaps are left to fill. I’m placing an early marker though: a while back the studio mentioned taking their stories outside Japan, and I wonder if Gaiden will be that game. I can’t explain why but I got a “Kiryu is going to East Asia” vibe from that trailer, like this will be set in somewhere like Hong Kong, Macau, or Singapore.

Quick wrap up thought: it’s interesting that they’re bringing Kiryu back to the series so prominently after ‘retiring’ him at the end of Yakuza 6 (something I’m aware of even if I haven’t got there yet myself). It feels a little like Days of Future Past bringing the old X-Men cast back immediately after First Class established a new group of actors without the franchise giving them time to breathe. I thought they were bullish on Kasuga and the new turn-based combat being here to stay, yet we have Ishin! and Gaiden with brawler gameplay and Kiryu headlining all three announcements. I know that Yakuza/Like a Dragon has exploded in popularity in the west and gone from strength to strength in Japan, but it makes me question whether 7 was as successful as Sega or RGG wanted it to be. Whether it was the new gameplay type or the new cast, are they worrying it didn’t sell as well as it ‘should’ have, and have gone back to the Kiryu well?

Wild, right? And we haven’t heard about the future of Judgement yet. The ESRB recently rated the first two games for PC, and PC availability was said to be blocking the future of the series because the lead actor’s agency was maintaining an iron grip on his likeness. If they do actually come to PC, maybe an announcement of Judgement 3 (or would that be Judge Eyes now?) will follow. 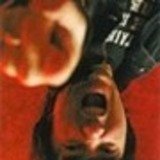 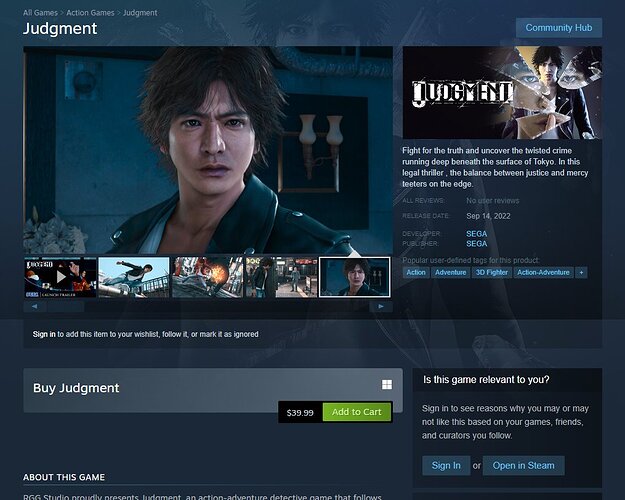 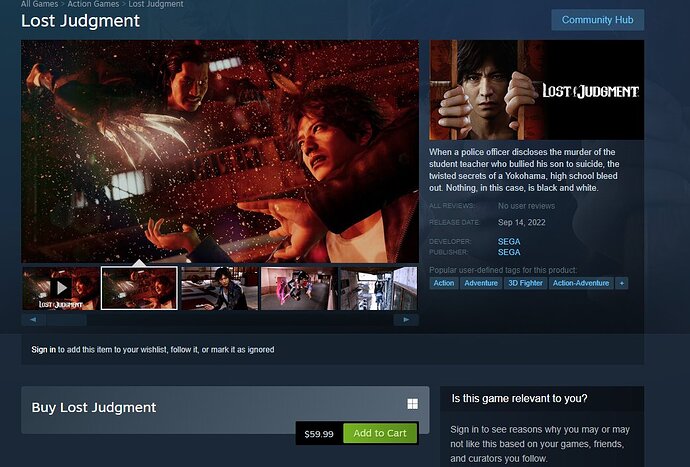 Speak of the devil!

In that case, I would anticipate a Judgement announcement… at some point. Maybe three (!) games is all RGG has the bandwidth for right now though, and perhaps the delay in getting these on PC and the trouble with Kimura’s likeness is what led to Gaiden being a smaller filler project, to make sure there was a new, modern brawler in Judgement’s absence - in which case that announcement (or release) may be a long way off.

I have to imagine that once the lawyers are done (my understanding is that the agency who represents Tatsuya Kimura (Johnny’s) is pretty sharky even by the stiff standards of Japan) that a couple of folks will hop in a room to draw up what a new Judgment game would look like but that will be a 2026 kind of game.

I don’t like that Kiryu is back. I only got into Yakuza 7 because it was supposedly a clean break from all the lore baggage of the series and unless I’m going to be stuck in Antarctica for six months, and have 500 hours of free time, I’m never going to dig through all that crap.

I also like Ichiban better personally. He’s a ridiculous person, it’s great. He was supposed to be the new hero, now he’s already down to mere co-lead? He’s gonna be a supporting role in a minute, watch.

Let the man rest and, seriously, do not do whatever that is to his hair.